I did my flies up

Yesterday was Norway’s National Day which sees a lot of flag waving, hot dog and ice cream eating, general celebration and the consumption of vast quantities of champagne. Whilst imbibing my second glass of champagne I gazed skyward and saw a very high and very large bird. Its jizz did not fit with Crane, heron or any of the two Norwegian eagle species and I am at a loss to think what it could be although have a feeling that I may have missed out on a vulture (both Griffons and Bearded Vultures seem to be on the move in Continental Europe at the moment).


Today the winds turned to the south and will remain that way until the weekend so we have the chance of some good birds turning up and also some seawatching (it looks like there was been a very large movement of Red-throated Divers today in the south of Norway). I paid both Maridalen and Sørkedalen brief visits today. In Maridalen I had three high flying R-t Divers heading north so looks like the movement also occurred in the inner Oslo Fjord. Little else although two Lapwings are still sitting on eggs. I had hoped for my first Rosefinch of the year but had to make do with a Whinchat that does a good imitation of the song of Rosefinch. A Common Tern was an unusual sighting here and reminded me that Black Tern is something that could turn up now. I had also an expectation for my first Honey Buzzard of the year to turn up but no such luck and there was little raptor activity this morning.


In Sørkedalen the Red-breasted Flycatcher was still singing strongly but has moved 70 odd metres. I had no sign of a female but he did chase away a Pied Flycatcher that was singing in the same area (I also had a Spotted Fly here so had a full bag of Flycatchers in the same place). Wood Warblers seem very numerous this year and I had a very pale singing bird that resembled Bonelli’s Warbler (BWP mentions these pale birds, referring to flavisitic forms and aberrant birds that resemble Bonelli’s). A Red-backed Shrike was also singing strongly so I have now heard three singing males this year (last year I commented on how I never hear this species singing).Over the last few weeks there have been a lot of redpolls moving around (and singing) and it has been unclear what they are. Today I had a group singing in Sørkedalen and they seem undeniably to be Common (Mealy) Redpolls. Around Oslo Lesser Redpoll is the breeding species so to have Common Redpolls singing suggests that there is an eruption away from normal breeding areas (further north/higher elevations).
Today's R-b Fly pictures are taken with the bazooka. One clear advantage with the bazooka is the autofocus which at times can be so bad on the Superzoom I wonder if I have it set up correctly (will investigate....) 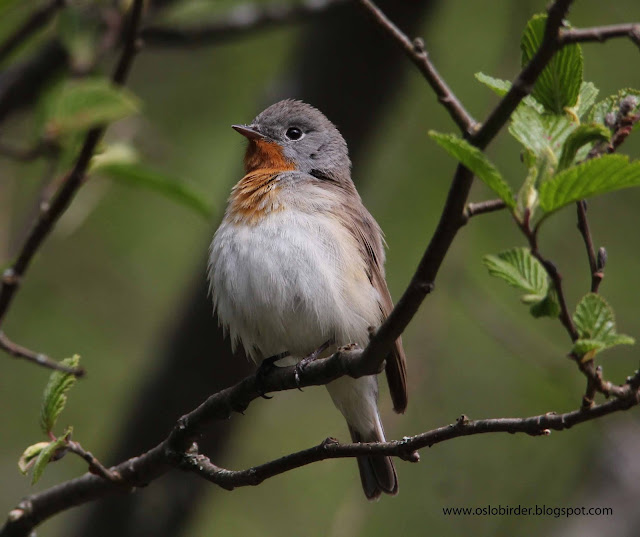 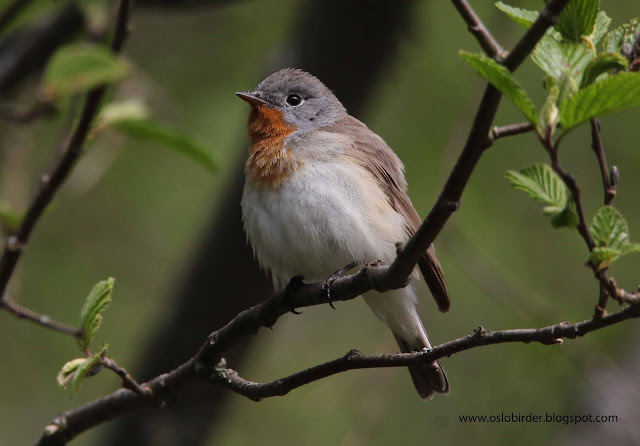 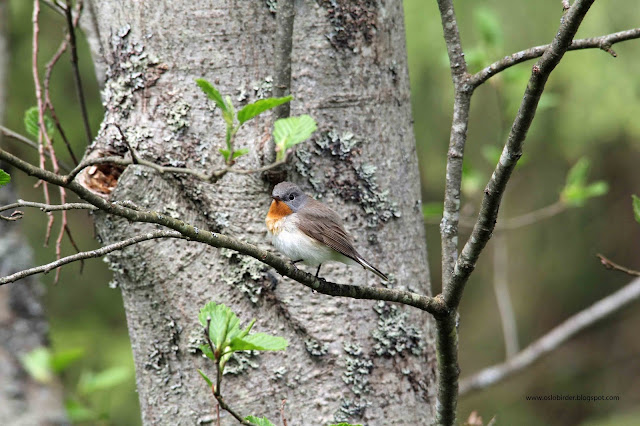 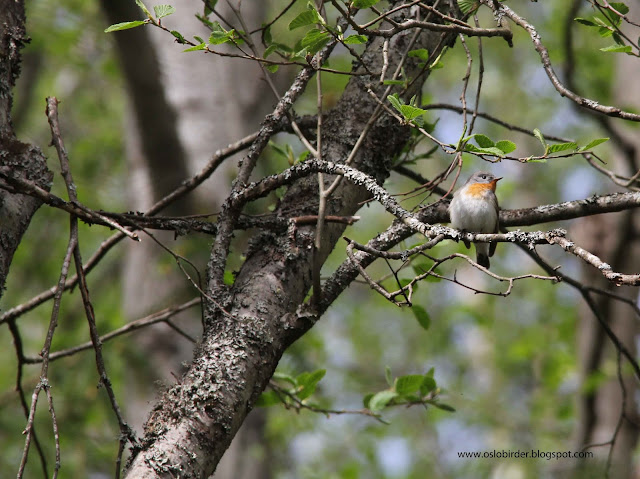 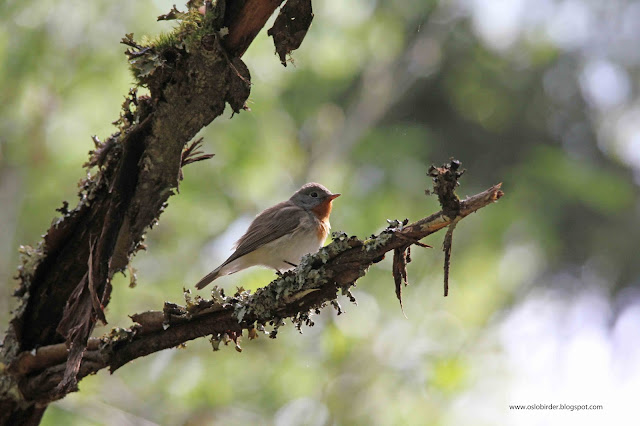 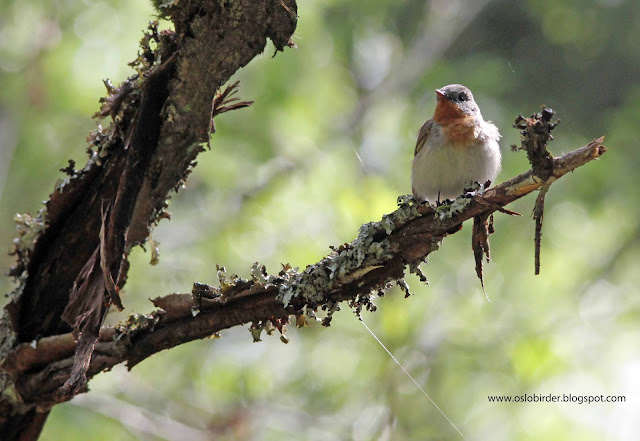 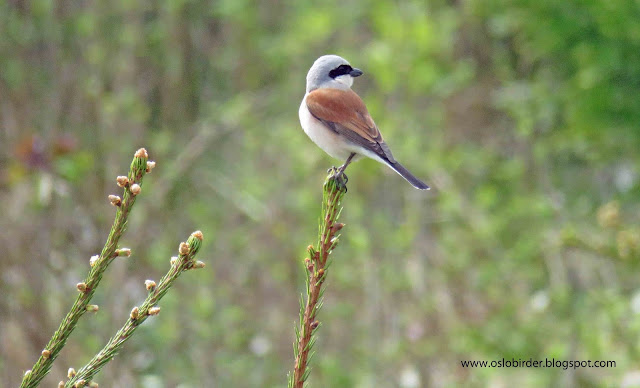 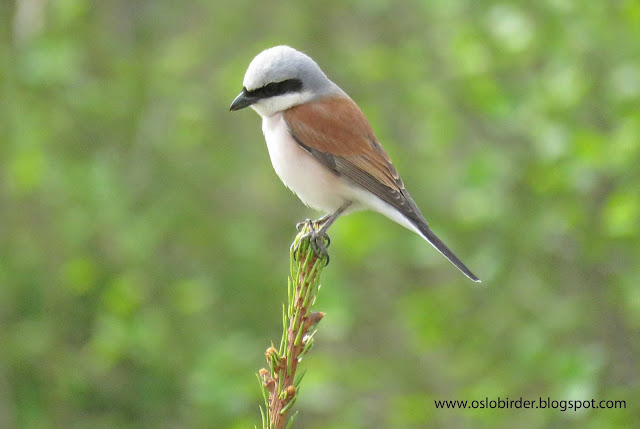 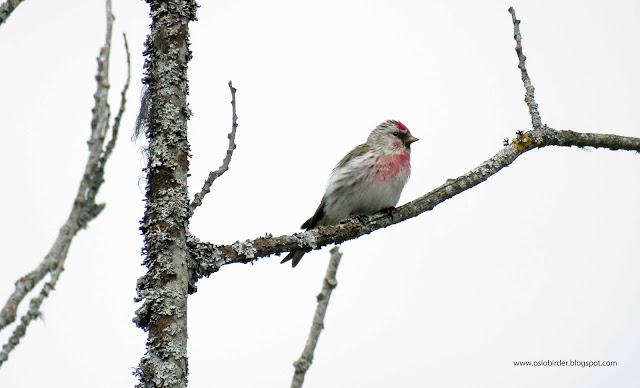 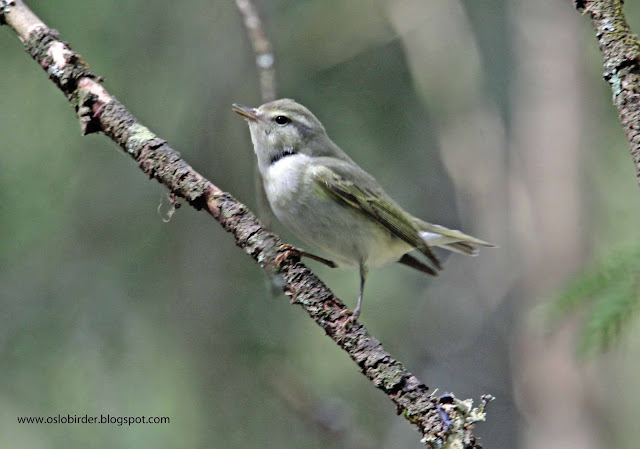