Maridalen has a larger and arguably less attractive sister called Sørkedalen and a handful of times every spring I abandon my Mari and find out what her sister has to offer. Sørkedalen offers more deciduous forest which has always been attractive to Red-breasted Flycatcher (it also helps that the University has put up 100’s of nesting boxes for tits and Pied Flys which they find many interesting ways to study) with probably annual singing males and last year successful breeding. There is also a small sandpit with Oslo’s only breeding Sand Martins and Red-backed Shrike is commoner.


I met one of the university researchers and was with him when he caught a male Pied Fly which he had previously sound recorded – they are researching relationships within song types amongst different generations of birds. The bird received a metal ring, two colour rings and also had its breast coloured with red ink – won’t be difficult to recognise that poor bird again….. I also discovered that the researchers had found three singing male Red-breasted Flycatchers last year but were not aware of the successful breeding – it looks like this species is on the cusp of establishing itself as a breeding species.


I went searching for R-b Flys and was disappointed to find that last years (rotten) tree where they had bred had fallen down as had a neighbouring tree which had held hole nesting Robins. But Sørkedalen is a large place and he who dares wins…. I heard many Pied Flys singing, many Willow Warblers singing and then something that I think sounds like a mix between the two. It didn’t take too long to see him and he was an adult male! I never saw another bird but thought I one bird calling close by so it will be interesting to follow this bird and see if there is breeding again this year (time that Mari also held this species).


There were 11 Sand Martins flying around their colo
ny and a couple entered holes. At one point they all started alarm calling and mobbed a bird that I only briefly saw but which was probably a Cuckoo which I have yet to see/hear this year and has become extremely rare around Oslo. Also here was a male Red-backed Shrike which was singing – something I rarely hear. 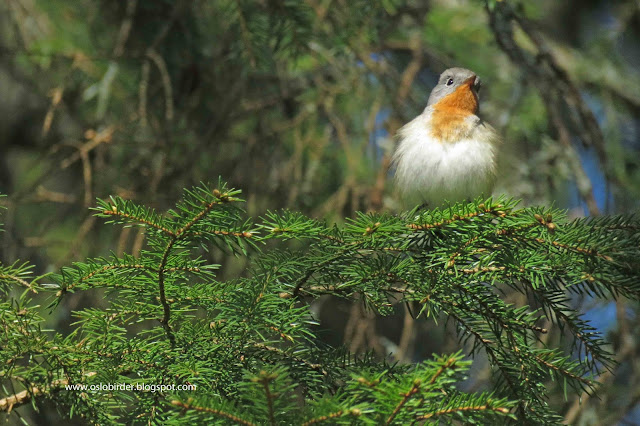 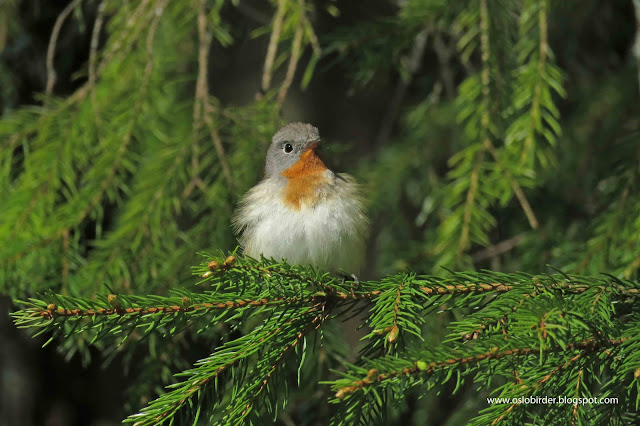 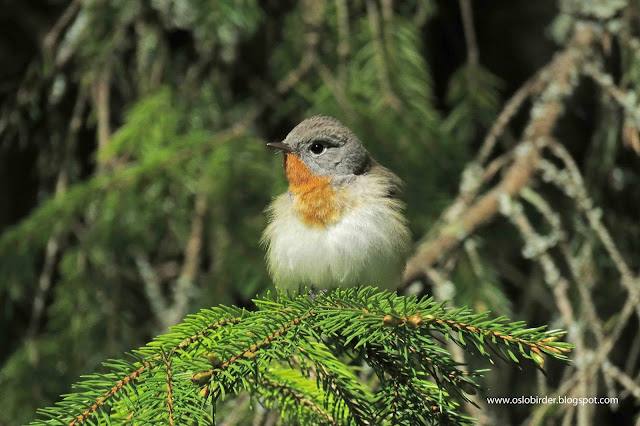 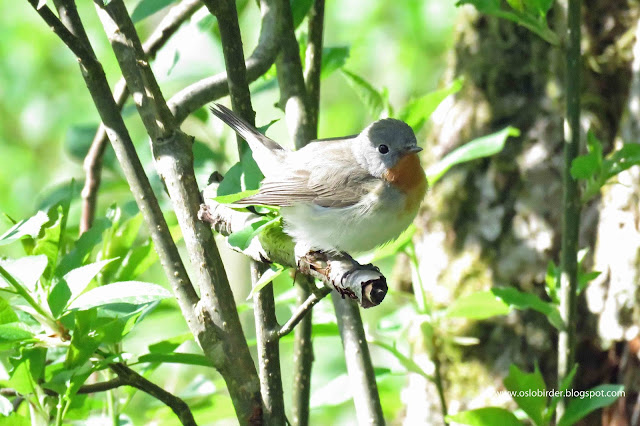 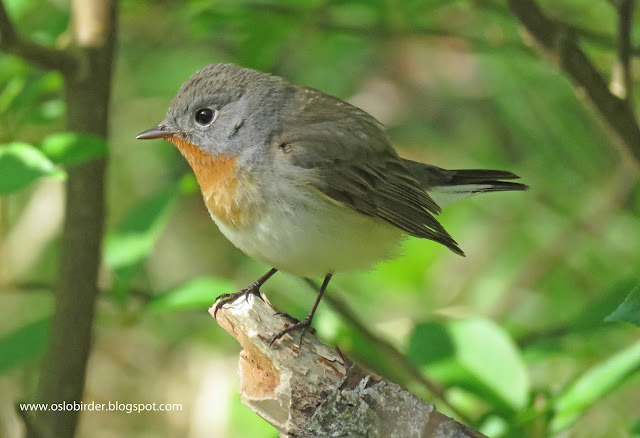 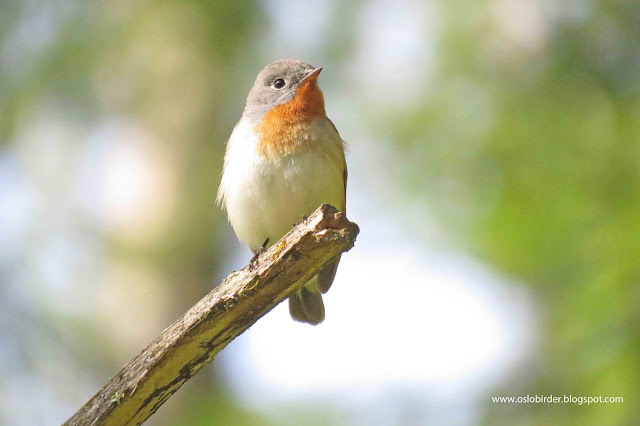 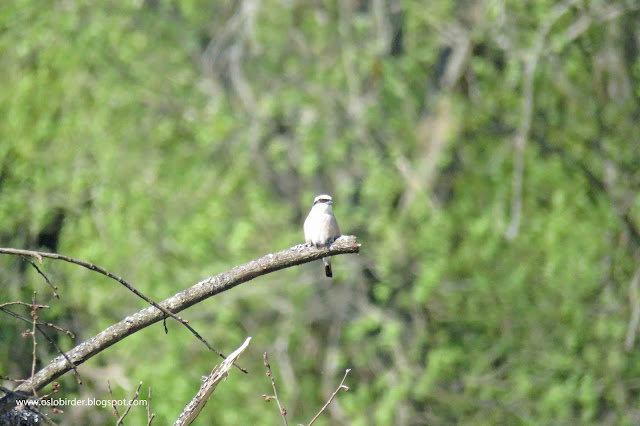