It was inevitable after so many great days that today would be very quiet. With blue skies to start with and it clouding up in the afternoon I hoped for some raptors but apart from a couple of obviously migrating Kestrels during the day there was nothing special to see. In Maridalen the farmer has ploughed the main Lapwing field. This has probably ruined the initial breeding attempt of some pairs but I think they will try again as it is still early in the season (and the pair at Kirkeby are still mating and have yet to start nesting) and I also think that after it is seeded that the field will be better for them but only time will tell.


I’ve made a start on my video editing from yesterday and first out is the Steller’s Eider: 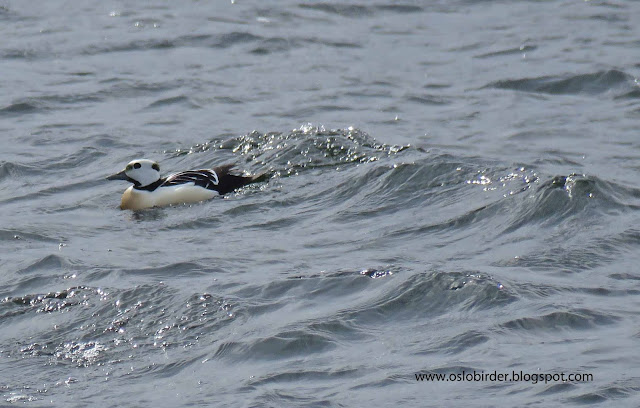 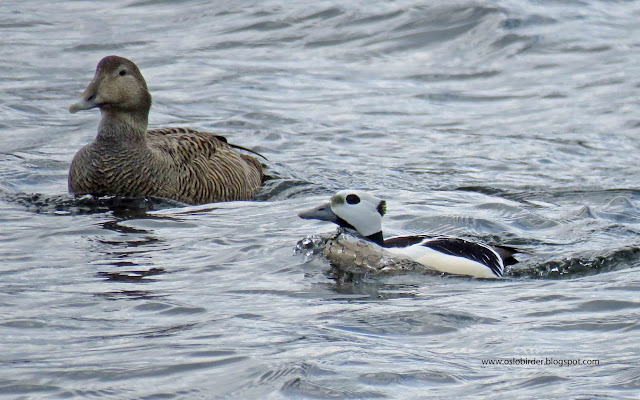 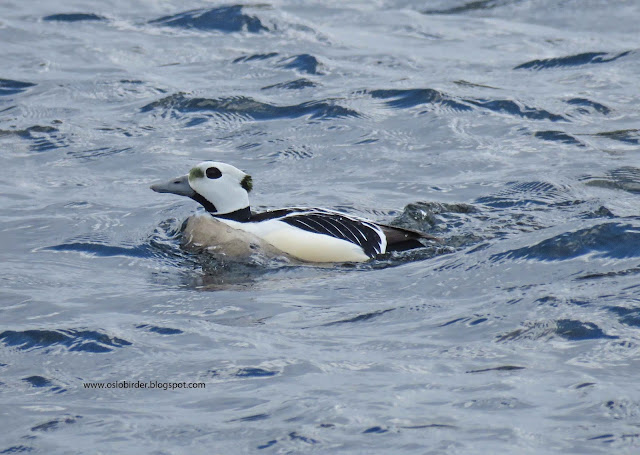 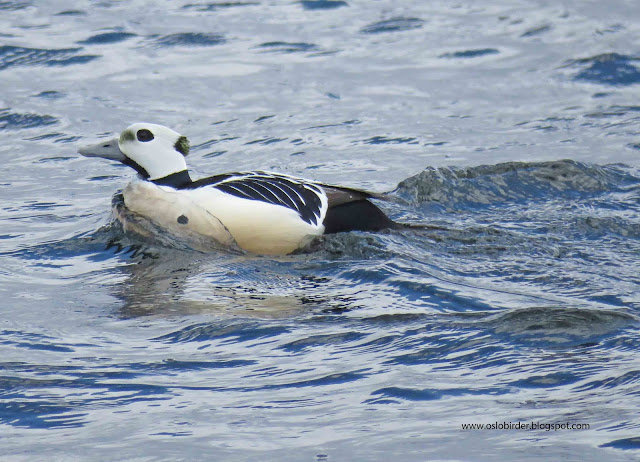 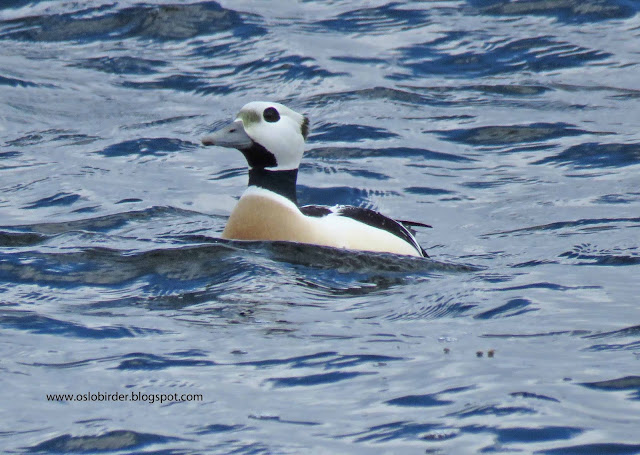 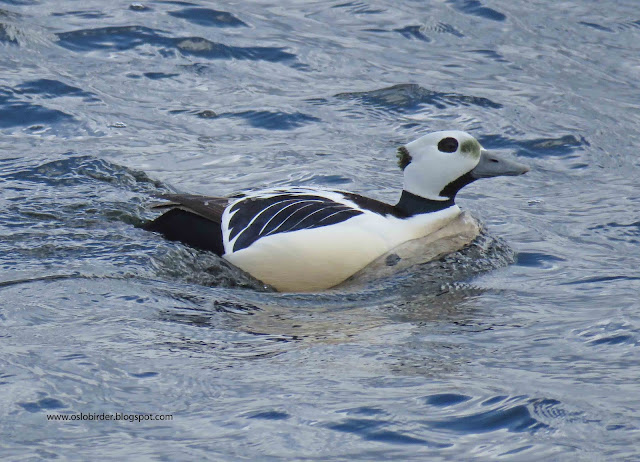 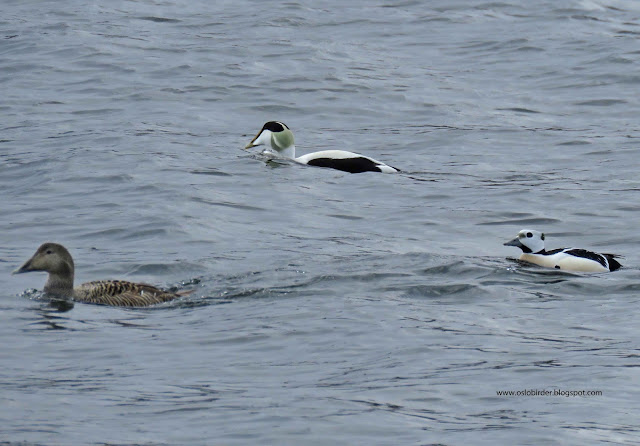 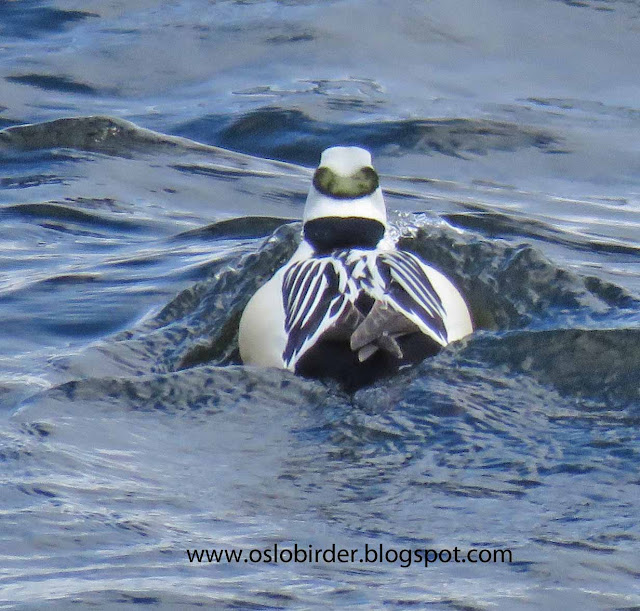