Well things do change so quickly which is what makes it probably my favourite birding month. After the least three days being very quiet and disappointing on the migrant front there was suddenly a whole load more birds today. No big falls, but more variety and birds in the air nearly all the time. We are now in the start of the period (which will last the next 7 weeks) when you feel that anything can turn up.


I started off by playing a visit to Snekkervika and Svellet in Nordre Øyeren where there were suddenly a lot more birds. Svellet now held 23 Curlew and Lapwings besides Friday’s Oystercatchers and there were also some dabbling ducks now with 35 Teal and 3 Wigeon. These numbers should increase every day over the next two weeks. The pool at Merkja is now ice free (covered in ice on Friday) but will need a bit more time before it is also full of birds.


There were a number of ducks at Snekkervika/Fautoya with 250 Teal and 5 Gadwall which is a scarce species in these parts. There were quite a few finches flying over (6 species) and my first Green Sandpiper of the year. I was sure that a very distant perched bird was a White-tailed Eagle but couldn’t ascertain any plumage characters however when I crow landed next to it then its huge size and identity were confirmed.


Maridalen was a complete revelation compared to the last two days. MY first Wheatear was on the fields at Kirkeby where there were also additional Skylarks. 7 Cranes flew low over, 49 Greylags had stopped off on the lake, and there were Mistle Thrushes all over the place. A Peregrine flew over the car, 2 Goshawks were hunting and a small patch of snow on a field held an amazing 45 White Wagtails and 3 Twite. These birds were presumably looking for small insects that occur on snow. On the lake Mallards (and possibly Crows) also seem to be finding insects to eat on the ice. I also had my first Snipe of the year in the valley.


I am still limited to the old 70-300mm lens but must admit that I enjoyed its small size and found flight shots easier to take – I really didn’t miss the old bazooka ;-) 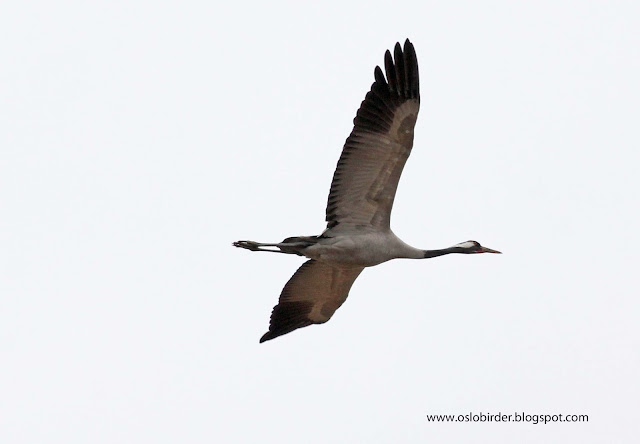 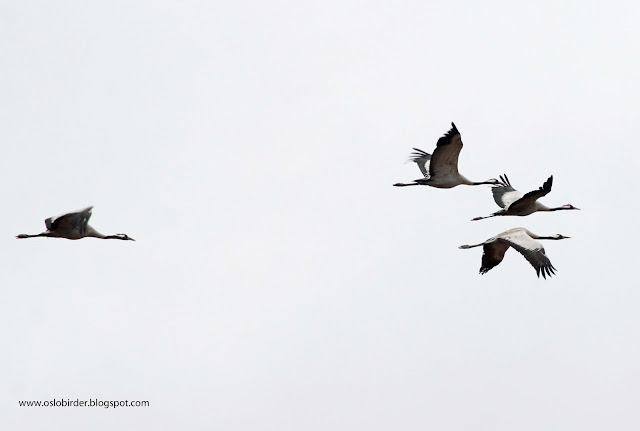 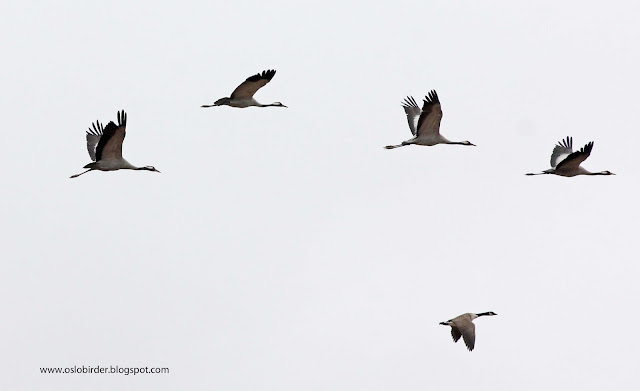 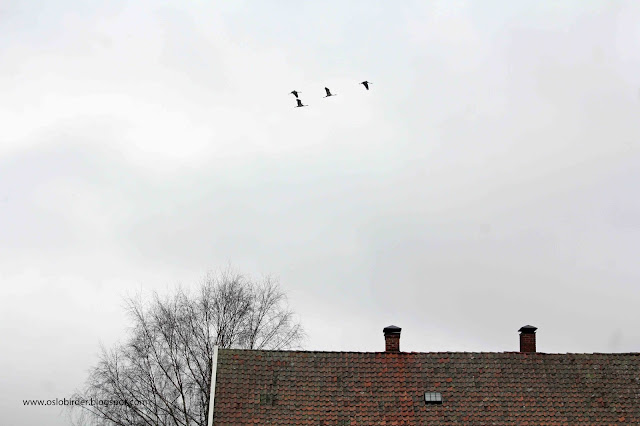 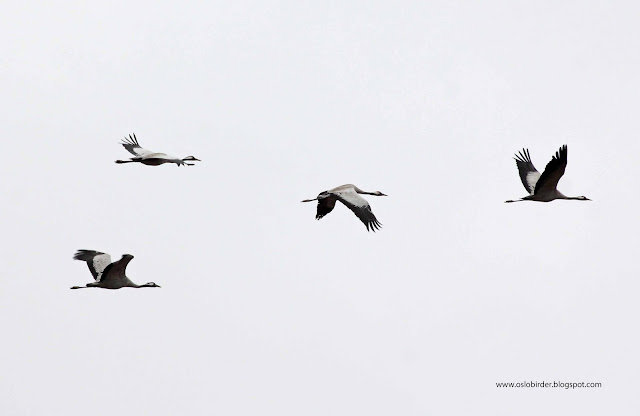 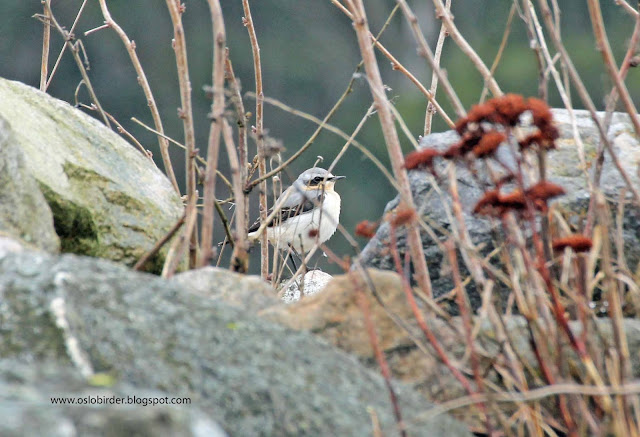