Today started off warm with some cloud and sunny spells but during the day a southerly wind blew up and it became overcast with heavy showers in the afternoon. A day with good possibilities for birds then.


I bet my money on Maridalen in the morning and although there were not many birds there was some definite quality. There were few wildfowl on the lake and it became quickly clear that it would not be here that the excitement would lie. A check of the fields at Kirkeby was initially equally quiet although the two Lapwings are still present. One is a male actively displaying but the other one has been difficult to see well although I suspect is also a male which doesn’t bode well for breeding. When I had finished my initial check and was about to move on a couple of Ringed Ouzels turned up. They were typically flighty but showed better than any of the others birds I have seen so far this year.


Moving on to the fields and bay at Nes I heard some alarm calling birds and saw a raptor flying away from me. My initial impression was Goshawk, and then in the bins I first thought Buzzard before it banked a bit and everything became clear – female Hen Harrier! It was being harassed by a crow and I was able to follow it in the scope for quite a while before it disappeared behind some trees and that was it. This buoyed me up a bit and I actively scanned the skies. I eventually ended up with five species of raptor but only a single of each species. I had a distant White-tailed Eagle that looked to be a younger bird than I had on Friday, a hunting male Merlin, an Osprey and a Sparrowhawk. But surprisingly no Buzzard or Goshawk.  I also had a single Crane flying north and a pair flying south.


Hanging around the same field for a long time also drew my attention to the fact that at least 5 Ring Ouzels were feeding there! 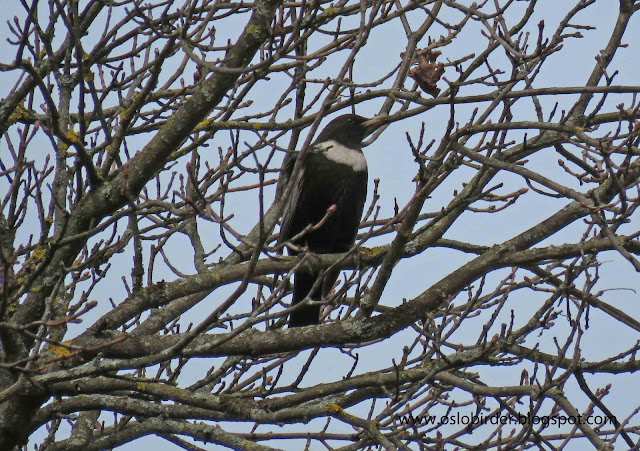 Yesterday afternoon a family trip to Fornebu gave a chance to see the local breeding pair of Ringed Plovers that have chosen to breed on a gravel area by a little used car park and allow themselves to be admired by using the car as a hide. Also a few Wheatears in the area. 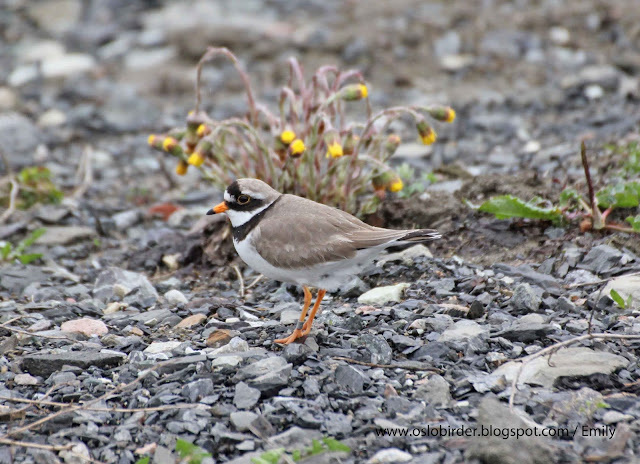 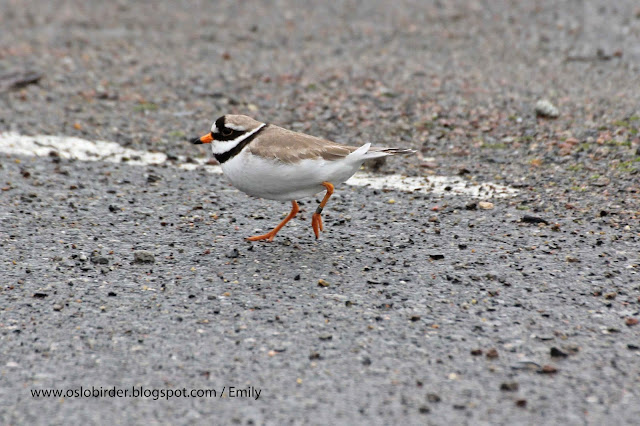