I’m still in shock from a bit of a roller coaster of a day. I don’t whether to recount it chronologically or just being with the best bit.


It’s probably best to get the best bit out of the way first – SHORT-TOED LARK (dverglerke) in the one and only MARIDALEN. By the time I found this bird I was pretty much finished for the day and with an empty camera battery I guess I was hoping not to see anything TOO exciting ;-). I had been in the field since 0545 and dropped in to Maridalen just before noon on my way home. Stopping at Kirkeby there were a lot of gulls on the water and I checked them with Med Gull in mind but to no avail. The fields seemed empty of birds but the two Lapwings were present and keen to find out whether it was a pair or two males I walked out along the path to get closer (I later saw them mating so have answered my question although the female is a particularly well marked bird). A couple of Mipits and White Wags flew up in front of me and with them was a very sandy coloured bird that was no bigger than a wagtail. I got it in the bins and thought maybe Shore Lark but it wasn’t large enough and then thought Lapland Bunting but the plumage wasn’t right. Luckily it landed and I had the ‘scope with me and was able to see, quite incredulously that it was a Short-toed Lark – my first in Norway and the first record for Oslo and Akershus.


I then got quite stressed because I wanted to get some pictures and had no juice left in the camera battery (I have yet to buy a spare battery and forgot to charge it up yesterday evening). In the end though I quite got the hand of digiscoping with the mobile which is a skill that has eluded me up to now.


The bird was feeding on a newly sown field with a few Meadow Pipits for company and I also saw it together with a Skylark which gave a good comparison before the Skylark chased Shorty away. I then couldn’t find Shorty for 20 minutes before he flew back to the same spot and called for the only time. He then settled down and was twitched by the hordes (well maybe double figures) later in the afternoon.


Enjoy the pics and video – they do at least count as record shots. 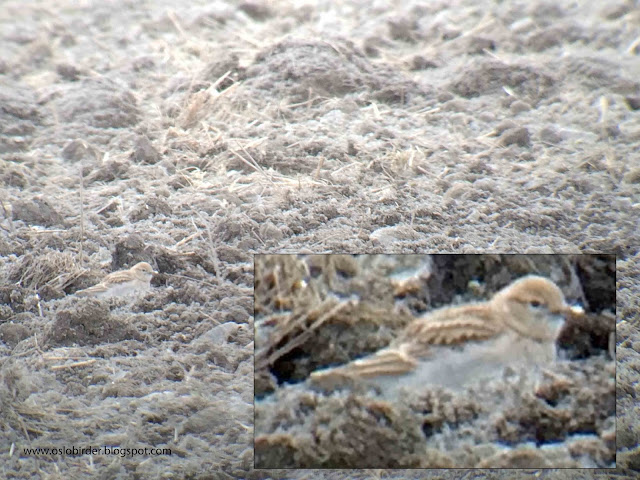 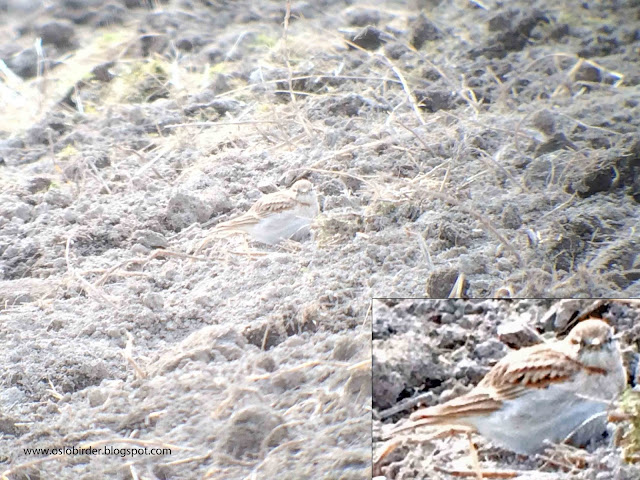 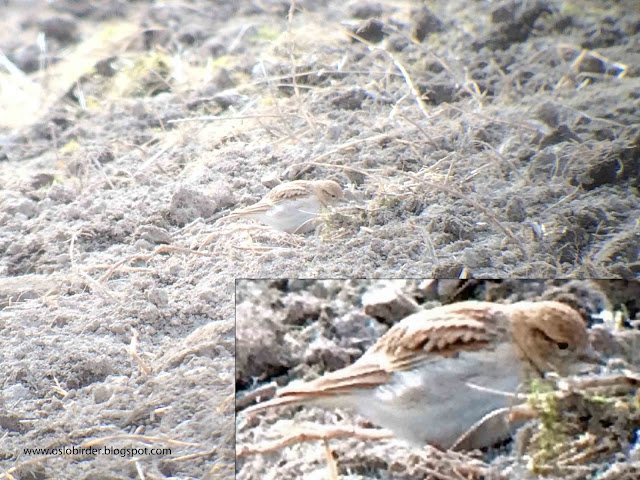 The day had started at 0545 at Årnestangen. I arrived precisely at sunrise but because of hills to the east it was a bit later that the sun actually hit me. For the first couple of hours there was little wind and it was gorgeous conditions with great birds but later a cold wind blew up and it became almost unpleasant. It was also unpleasant witnessing the State Sponsored Catastrophy that goes under the name of nature conservation in Norway. The water level in this internationally important wetland site (is both an IBA and Ramsar site as well as a Nature Reserve) has been INTENTIONALLY raised by a whopping metre over the last five days which has covered up hundreds of metres of mudflats. Also because it has happened so unnaturally quickly there is seemingly little food yet in the areas that have just flooded. I could actually see the water rising (with such shallow bays a 1cm rise covers many metres of mud) and the large flocks of dabbling ducks were constantly moving looking for the best feeding areas. If it continues like this, then it is game over in a couple of days. In Svellet the water has risen too high for the Teal with just 30 left (down from 1500) but at its current level is still OK for waders. It is still too early though for tringa waders (Greenshank will turn up in the next few days but Wood Sands not for a week or so).


The birds though were top notch today. In the course of four hours I had Shoveler, Garganey, Pintail, Great Grey Shrike, Marsh Harrier, White-tailed Eagle, Peregrine, early Whimbrel and best of all (if not necessarily rarest) a couple of Short-eared Owls. And I would have been VERY happy if the day had ended there! 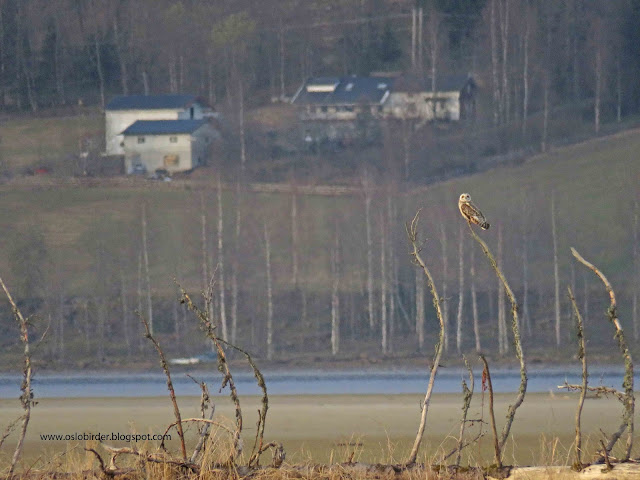 And here a video of one of the Short-eared Owls and the Shovelers: