First Wryneck of the year

I wasn’t sure where to bird this morning. We are in the middle of that annoying quiet spell in the second half of April when little new arrives before everything suddenly explodes again at the end of the month.


I chose Østensjøvannet because with sunny, warm weather I thought there might be insects to attract early hirundines or maybe my first Willow Warbler of the year. I also hoped to refind the Med Gull that hasn’t been seen again since Saturday. Well, none of those hopes became reality but I did have a very early singing Wryneck which showed well as it sang strongly from high up in a tree. On the water there was little of interest except for a female Smew (I had hoped for some interesting dabbling ducks but there is still very little green weed in the water so it may well be a few weeks before anything interesting is found here).


Maridalen was very quiet. Two Ring Ouzels were on the fields at sky scanning did reveal a Merlin, 2 Buzzards and a Sparrowhawk but otherwise the fields were nearly empty of birds and there was little song with all the Bramblings already have moved on. The possible European Long-tailed Tit is still present and paired to a normal bird, I had my first Peacock butterfly of the year and the frog pond is now heaving with spawn.

In this video you can hear it's version of song 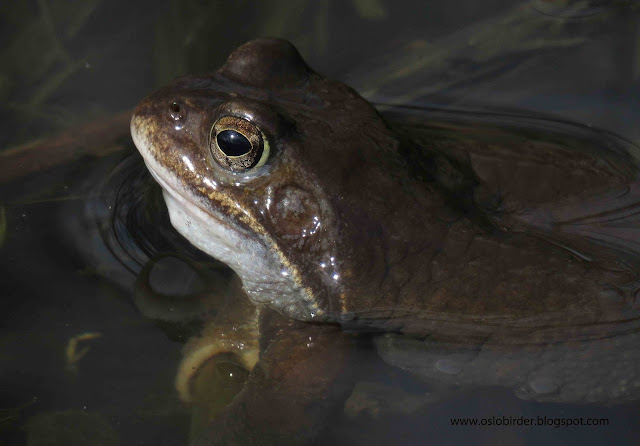 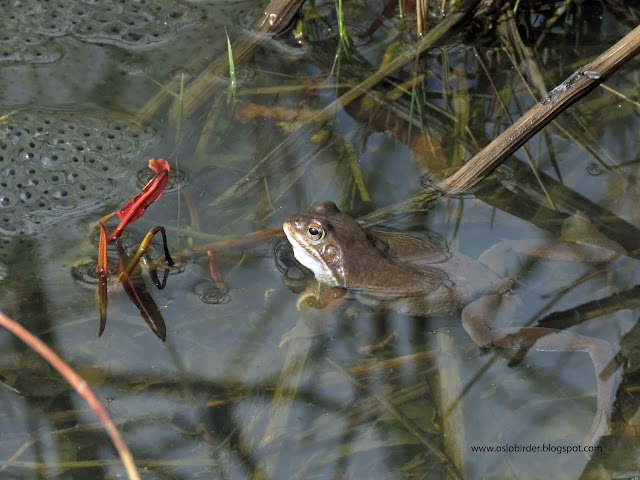 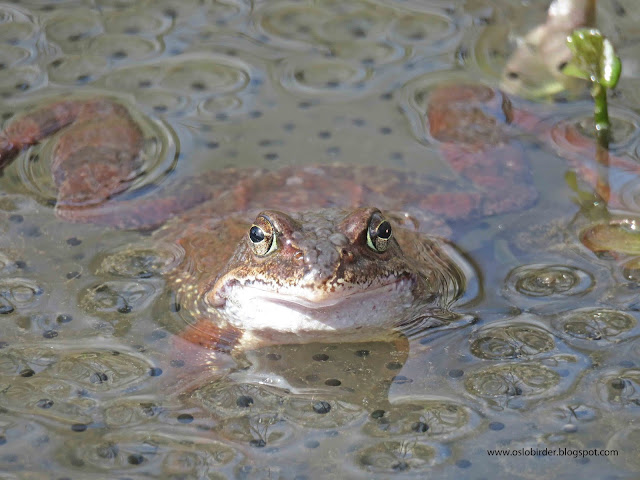