When Hawk Owls turn up in lowland Southern Norway winters time it is normally because of food shortages in their core areas (more Northerly or at higher elevations) and then the vast majority of birds that are reported are in quite open landscapes (often farmland) and using high vantage points (telegraph poles/trees/road signs). This is not entirely typical habitat though as usually Hawk Owls prefer open woodland. It could therefore be that there are a number of Hawkies that go unnoticed as they are not so kind as to sit high and open on the side of a road. That this might be the case was highlighted after today EXTREMLEY high quality does of Hawkie.


I revisited Linnesstranda near Drammen where I had failed to see a reported bird last Thursday (although I did later that day find me own bird) and where since then everyone and his dog has been overdosing. I knew that the bird was being seen within the woodland here and as I walked in I was looking all around me. After a quick and suddenly very necessary stop to get rid of the morning’s coffee I walked about 10 metres and stopped to look at an area where food had been put out for tits etc. A feeling I was being watched prompted me to look over my shoulder and Hawkie was sitting no more than 3 metres from me also intently looking at the feeding area! Now, I’ve often come close to Hawk Owls but never this low down. There was nothing else to do but take a Hawkie Selfie!!


The bird was clearly attracted to the area due to the birds being fed but it would appear that it is not the birds it is after but rather mice that are also attracted to the food. The birds seem to have accepted that the owl is not a threat as during the hour I was there only one bird bothered mobbing Hawkie. During the hour he unfortunately did very little apart from flying a bit higher up in a neighbouring tree from where he had direct line of sight and flight to the feeding area. I was all set up to take a prize winning photo if he caught something but eventually just as my toes and fingers were starting to burn (it is still around -14C) both my camera batteries gave up the ghost (although recovered once I had warmed them up in the car). No complaining though – it was as usual a most uplifting experience to be so close to Hawkie.


After this I checked out the Oslo Fjord on both the Buskerud and Akershus sides. There was a lot of mist over the water and if there are some windless days then I expect the fjord to freeze over (it has already done so in sheltered areas). Bird wise a Little Grebe was the highlight but it was mammals that were most exciting with a Common Seal and a dolphin which showed regularly but never jumped to show itself properly. What I did see of it though was enough to show it was a White-beaked Dolphin (kvitnos) which was also photographedwere on New Years Eve and according to a local I spoke to has been seen regularly in the area.


Yesterday I paid another visit to Mjøsa/Minnesund where I found the GN Diver on Friday. Over the weekend Iceland Gull and Slav Grebe were also seen here although the diver was not seen again. I managed to find a single Slav Grebe although viewing conditions were very difficult due to swirling ice mist – there was ice forming on the water in front of my eyes and I expect also Mjøsa to freeze over soon. 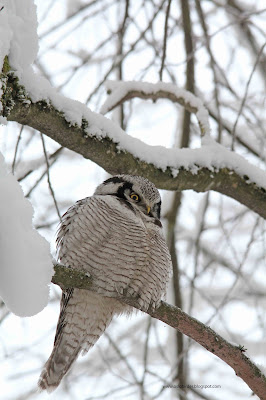 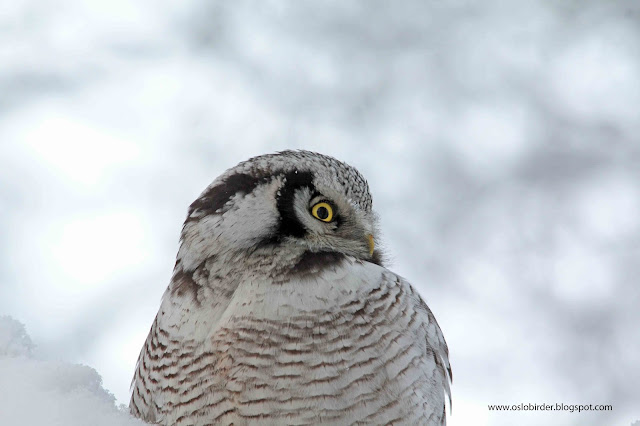 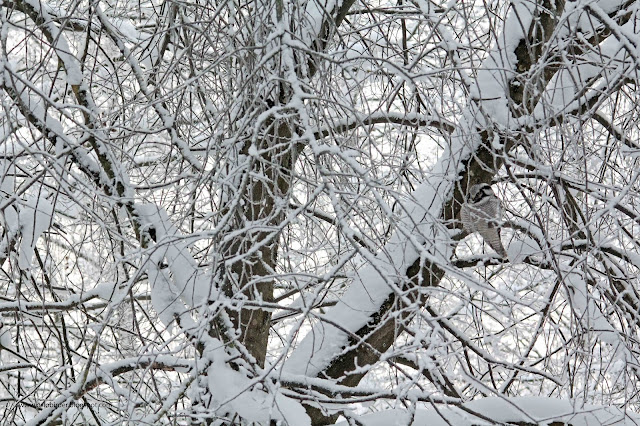 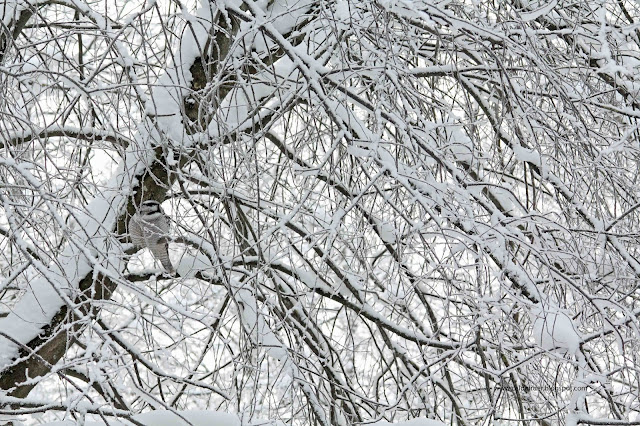 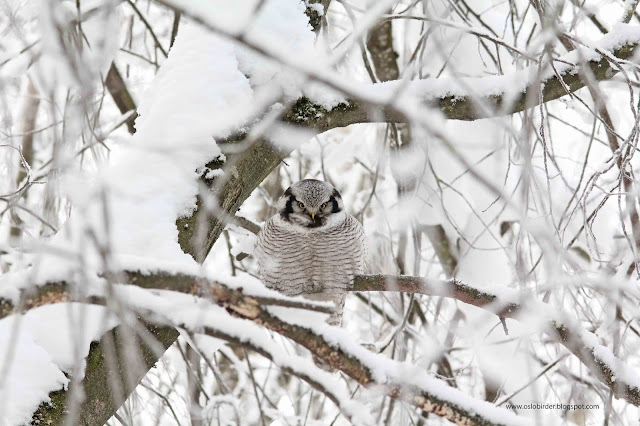 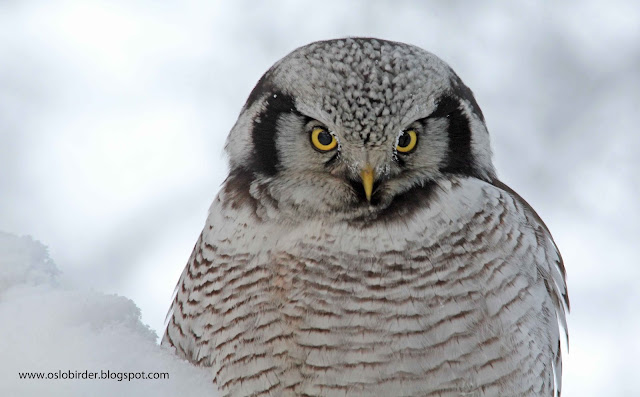 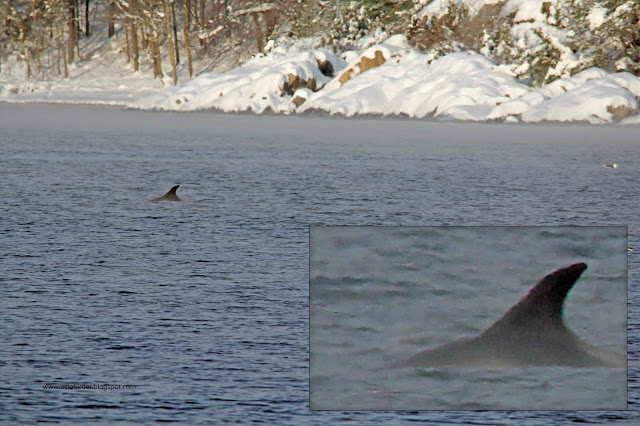