Norway’s largest lake, Mjøsa, with a length of 117km and an area of 365 km2 runs out into the Vorma River at Minnesund in the north of Akershus. This area can be interesting for waterbirds in cold winters as it doesn’t (rarely?) freezes although the lake itself can in severe winters freeze over. I made my way there this morning in what can be described as severe winter weather with the thermometer at home showing -17C. With the cold there was a lot of mist whirling over the water and whilst very atmospheric it was difficult viewing conditions. I had a flock of 112 Tufted Ducks snoozing just offshore and 37 Goosanders were fishing and calling/displaying out in the mist. There were a few Mute and Whooper Swans but nothing more exciting (I was hoping for a Smew or grebe or two).


I then made my way 10km north to an area which gives a good 1800 view over the lake and last winter held a surprise White-billed Diver. I didn’t manage to see this bird but the Mjøsa Lake further north in Hedmark has held this species both last winter and the winter before and also had a Great Northern Diver in the first winter. There have been very few previous records of the large divers from this lake but it is unclear whether the recent records are as a result of increased observer attention or whether the birds are becoming more regular here.


Anyway I gingerly drove down the steep access road (whilst wondering whether I would be able to drive up again), took out the ‘scope and walked down to an appropriate vantage point. I immediately saw a bird offshore which with the naked eye thought might be a Guillemot which often turn up here after autumn storms and can survive a number of years if the lake doesn’t completely freeze. Once I got the tripod legs extended I looked more closely at the bird and realised I had misjudged its size rather chronically. It was a Great Northern Diver!! It was diving close offshore and I was able to move down to water level and see it rather well although the light for photos was atrocious. I didn’t catch anything during the 20 minutes I was watching but seemed to favour the area. Quite incredibly this bird was the only waterbird I saw in the many of square km visible to me. Talk about luck!


After this I headed on a longcut home which would take me through lots of forest and farmland where I hoped to pick out multiple Hawkies. Well I can inform you that there are good populations of treetop sitting Crows and Magpies in Oppland County but hardly any other birds… 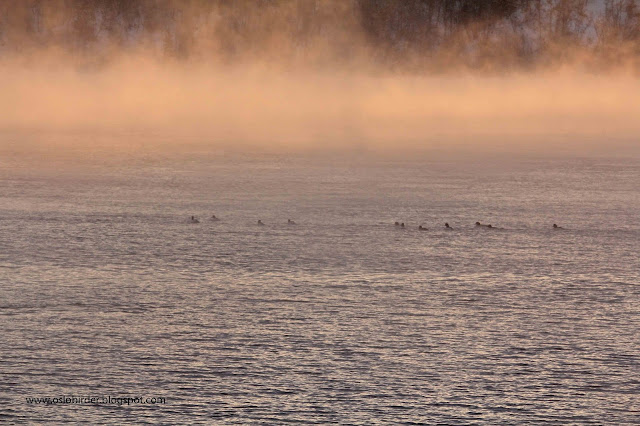 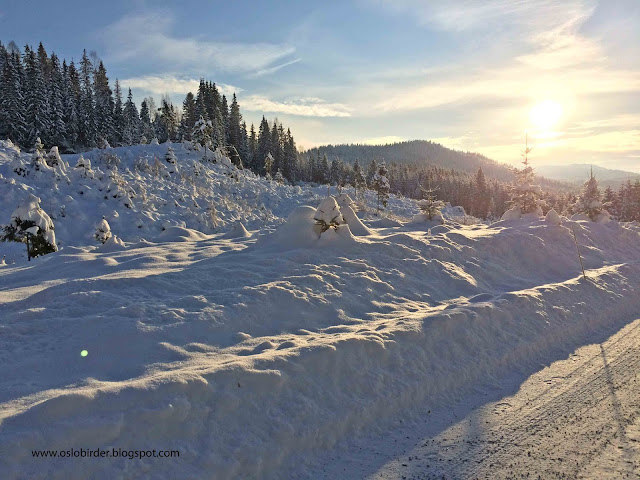 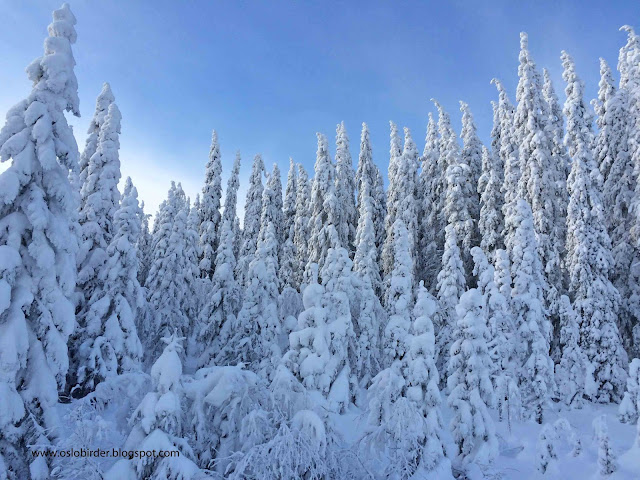