Today was more or less a carbon copy of yesterday but the hoped for sunny weather didn’t materialise although there was a bit less wind. In Maridalen there are still good numbers of Common Crossbills and amongst a flock of 12 I once again had a male giving a very 2BC like trumpet call showing once again just how unwise it can be to record this species on call alone.


More tits are coming to the feeders and Crested Tits are also amongst them which is normally a sign that food is hard to find in the forest.


At Fornebu the Bearded Tits once again showed but this time I saw four females and three males so in answer to my question yesterday: yes there clearly are more than six birds. I also suspect there may have been another group but cannot be sure as although the birds were in different parts of the reedbed enough time had elapsed for it possibly to have been the same group which had moved. I actually saw the Water Rail today although not long enough for a photo. I’ve put some food out for it (apparently they like porridge/oat flakes) so maybe I can get it into a routine. They food may end up just being eaten by Blackbirds though with a number actively feeding in the same ditch as the Water Rail.


This open water was also used by a flock of 35 Waxwing who bathed in and drank from it. They were feeding on some nearby berries which I believe have only recently become edible for them as a result of being broken down by the freezing temperatures. They allowed very close approach and great photo opps.


Two straightforward Lesser Redpolls allowed themselves to be studied at close range and I later had a classic Common/Mealy Redpoll also at close range. If only all redpolls could be this easy.


There were a number of Guillemots on the fjord off Fornebu with three Razorbills amongst them and the biggest surprise was a female Wigeon.


In the garden the Blackbirds were already to be seen from the light of the kitchen window at 0703 and I found myself preparing food for both the kids and the Blackbirds. There were at least 11 birds in the garden (3 females, 4 1st winter males and 4 older males) with four of these (including the return of the tailless female) being new from yesterday making at least 14 birds over the last two days. Clearly rumours about the quality of the food available in the garden has spread through the neighbourhood but also meaning I need to make sure there is enough food for them all – I am giving them bread, apples and oat flakes.
Get prepared for lots of Waxwing photos...... 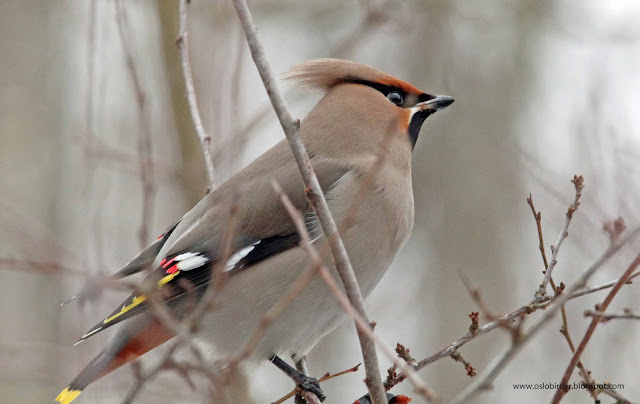 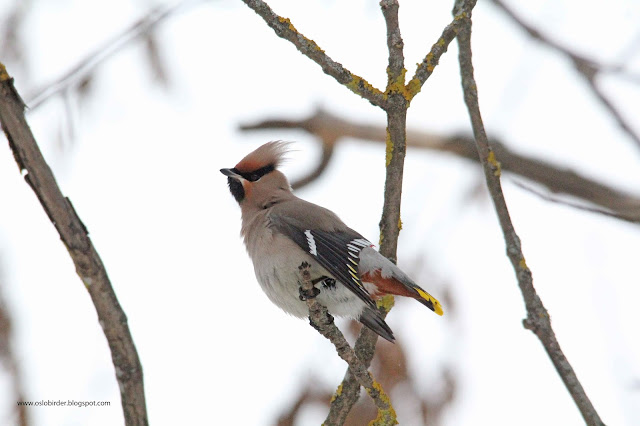 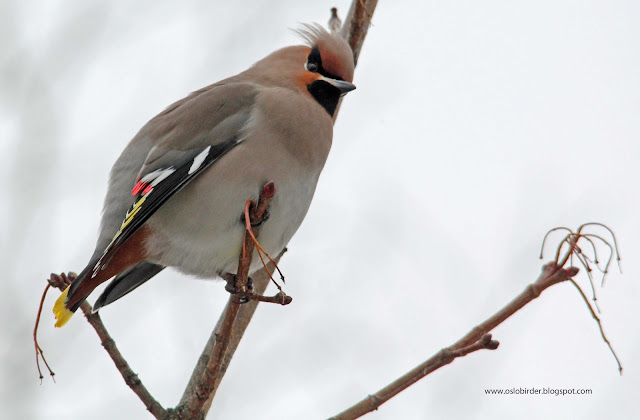 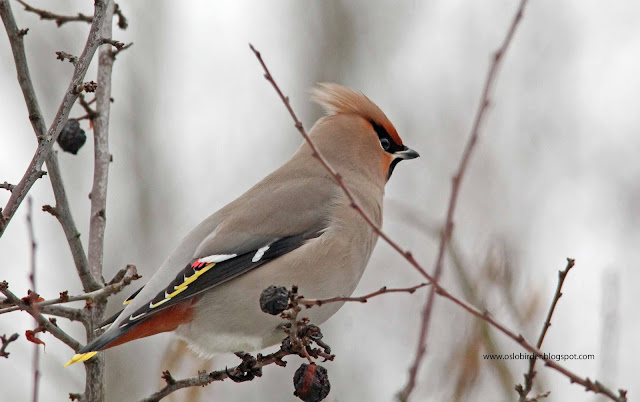 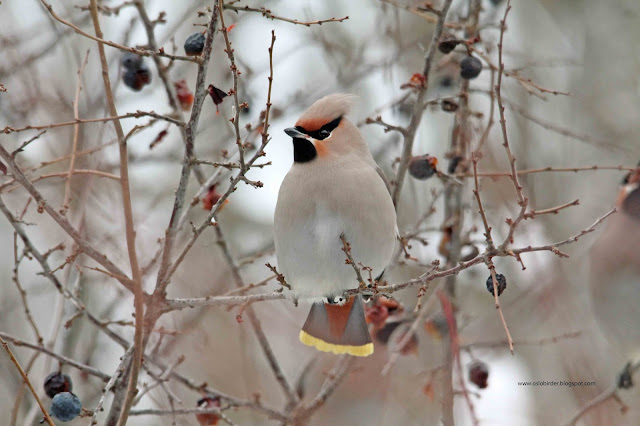 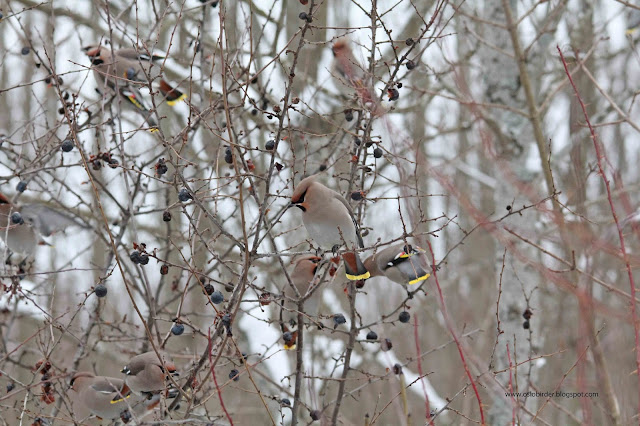 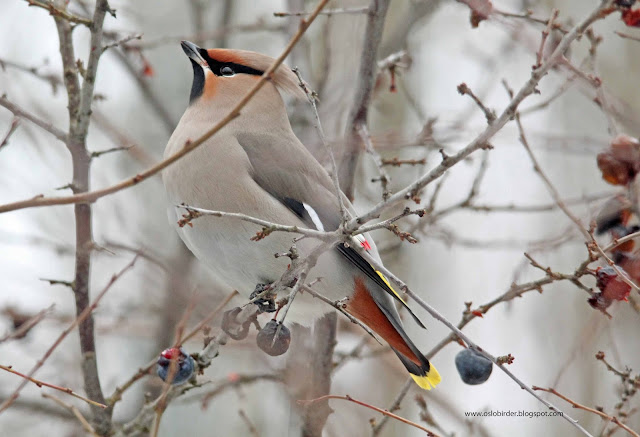 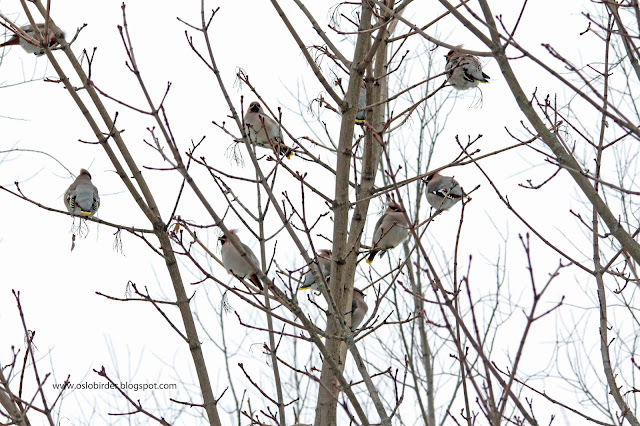 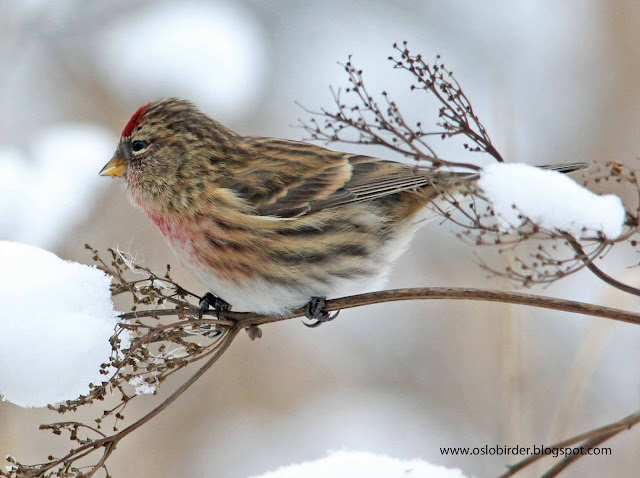 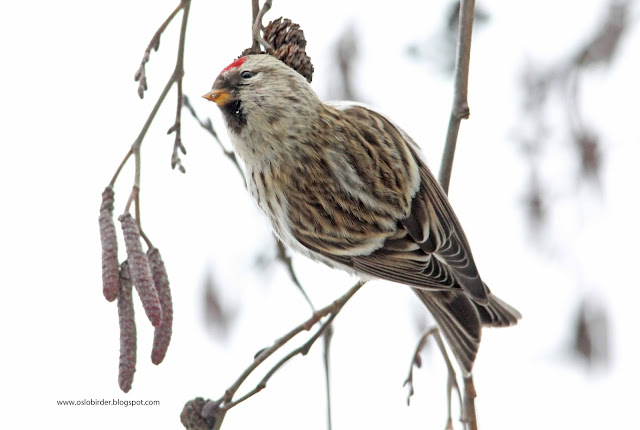 
incorrect camera settings once again resulted in some interesting pictures: