Finally we’ve had a good dump of snow with probably 30cm lying. It is very dry and airy snow which has blown into small drifts and is useless for making snowballs/men with and will need some compacting before it is good for skiing on. Temperatures rose to a barmy -1C today but there is no more snow forecast this week and temperatures will slowly fall with a possibility of -20C next weekend.


I did a short round of Maridalen which revealed next to no birds with 35 Yellowhammers feeding in the snow the highlight.


Fornebu though was more rewarding. The heavy snow has reached the bottom of the reedbed meaning that the Bearded Tits ca no longer feed on the floor which is their preferred habit so they were forced up the reed stems and finally showed themselves. I eventually got to see them well when they appeared in the reeds just a few metres from me but they never perched up on the tops of the reeds and there was always a wire fence and reed stems obscuring the view. Never the less it was great to see them and also hear them. As I’ve written about before when they are in feeding mode they call very quietly and are only audible at around 10 metres so when you hear this call then you know they are nearby. There were three males and three females as earlier in the winter so surprisingly the whole flock has survived (assuming that there are not more birds).


I heard a Reed Bunting and then found a group of 5 birds feeding in the top of the reeds – this is a very high winter count for the Oslo area. I found no Water Rail tracks in Storøykilen but the snow is perhaps too deep for it to try to walk though it but in Koksa I heard the Water Rail that is wintering there and saw some tracks that must have been from it but were difficult to recognise in the deep snow.


In the garden there has been an influx of Blackbirds as a result of the snow and the young male has had to give up his territory. There were 8 birds waiting in the snow before 8am and in the afternoon I could see there were at least 10 birds with 5 females including the red female from last winter, at leat 2 1st winter males and 3 older males.


Hawk Owls are being reported from unexpected places (although just a handful of birds) so maybe I’ll bump into my own one soon. 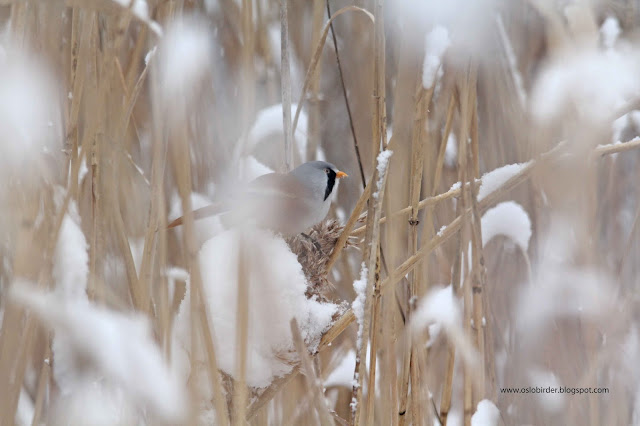 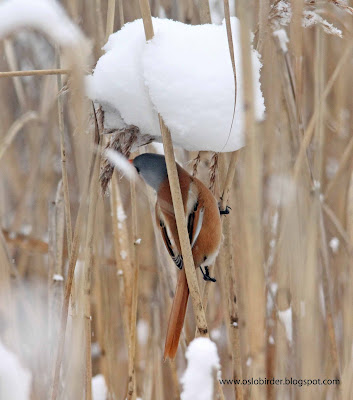 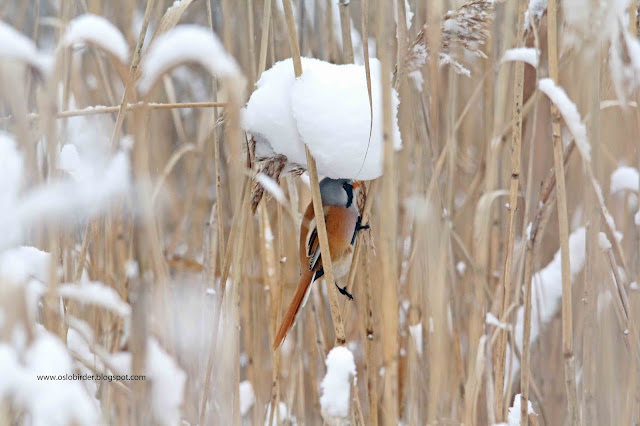 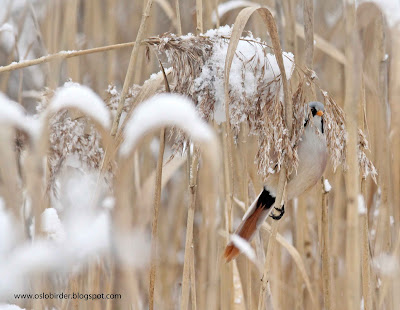 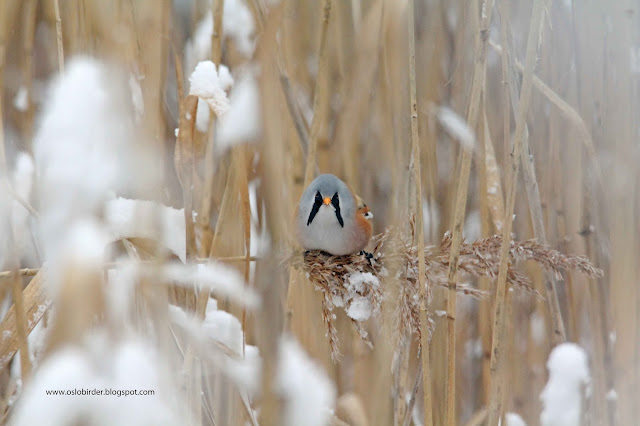 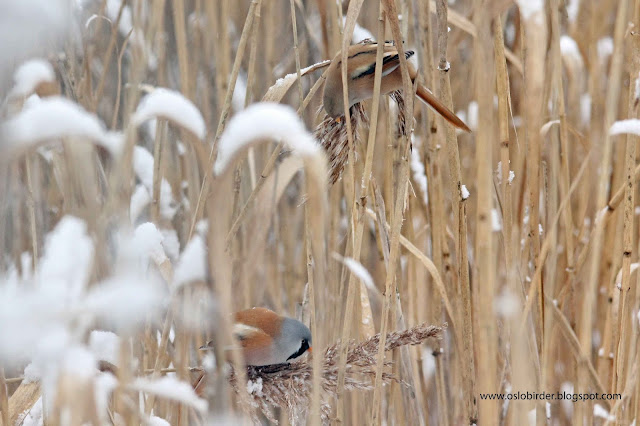 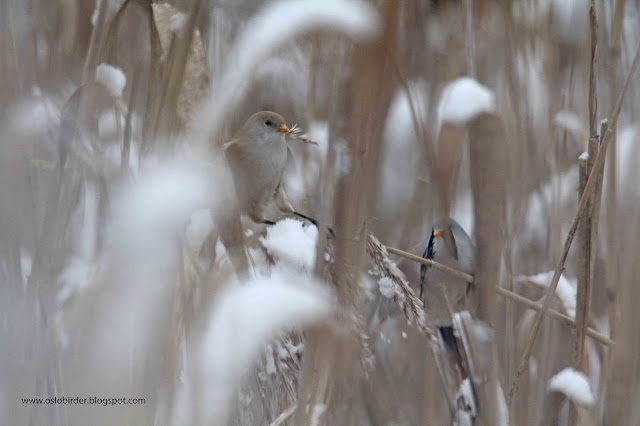