I finished yesterday’s guiding with a look over the fjord as with strong southerly winds I had a hope that some seabirds may have been blown. In the rain we saw nothing interesting but later in the afternoon after the rain had stopped a message came in that a Great Skua was off Fornebu.

I made my way down and quite soon found the skua working it’s way along the coast of Bygdøy with a hoard of Black-headed Gulls chasing it. I soon lost sight of it but picked up again later flying right past Huk and then out past the island of Nakkholmen where it landed on the sea. I lost track of it after a while but again picked it up later when it was much closer to me and had clearly just caught something (probably a gull) to eat. It was being mobbed by other gulls and I really regret not having kept tracks on it because I probably missed a good arial battle. It then proceeded to tear into its prey and drifted with the sea for over an hour, ignoring passing boats and kite surfers and the harassment of assorted gulls. It eventually ended up close to the shore at Huk but I didn’t have time to go there and try fr some proper photos.

The skua wasn’t the only good bird and three Knots were together with a flock of 27 Oystercatchers that were trying to migrate and kept flying around at great height. These late migrating flocks of Oystercatchers are apparently on their way to Arctic Russia. A flock of 14 Red-throated Divers was also trying to migrate but got put off my rain clouds to the north and two Arctic Terns went through in addition to local fishing Common Terns. Later in the day an adult Long-tailed Skua must have been an enormous rush for the lucky observer.

Today I was guiding again and we had a good day at Østensjøvannet, Fornebu and Sørkedalen. At Østensjøvannet we saw the first young Great Crested Grebes, Black-headed Gulls and Mute Swans of the year plus an impressive

breeding population. Yesterday’s cold and weather must have made food difficult for them to find although they were only a few Swallows and Martins with them. 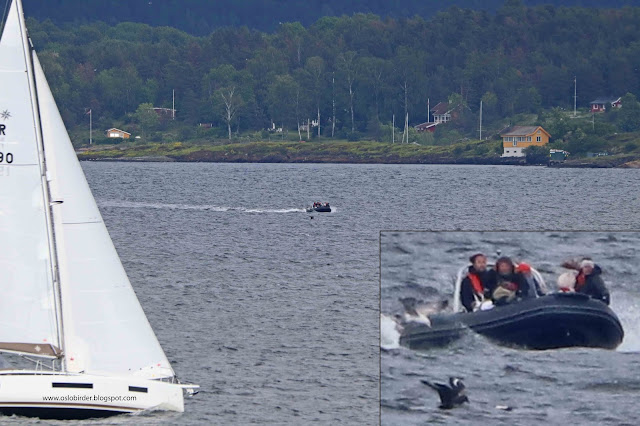 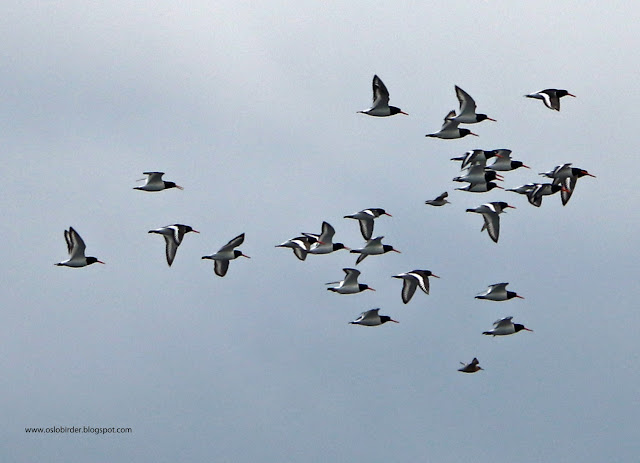 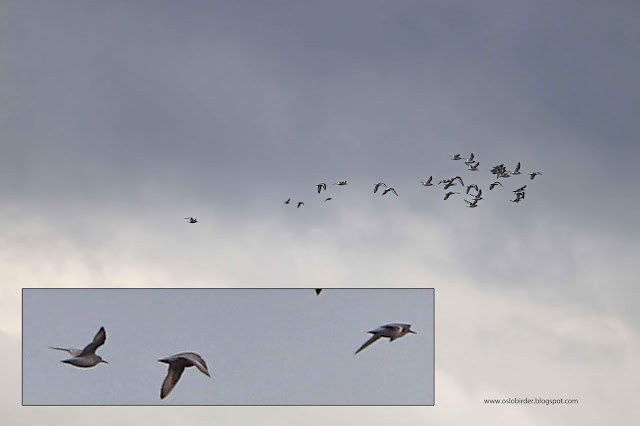 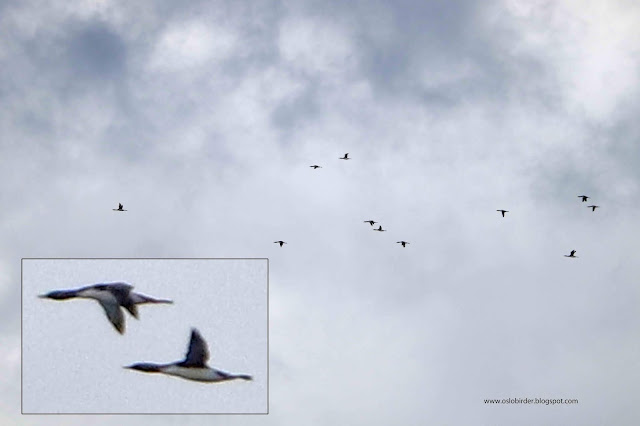