With two new species for the local patch in the course of three days then it wouldn’t seem possible to beat that but oh yes it was. I didn’t have any specific plans to go out early this morning but when I awoke just before six and felt awake then I snuck out to the Dale. The conditions were seriously good with low cloud and rain and my first stop at 0630 at Skjerven to check on the breeding Lapwings revealed a flock of over 50 Golden Plover flying around wanting to, but not daring to, land. I then moved on to Kirkeby where there was a displaying Snipe and loads of Wood Sandpipers and Greenshank, 3 Whimbrel and more Golden Plovers. Over the course of the next hour there were hundreds of waders in the air and it was difficult to know whether they were migrating or just flying around in the low cloud. I have had days like this just a couple of times before in 18 years and they have to be savoured. I put out a message that it was good for waders and predicted that there must be Dotterel and Great Snipe out there waiting to be found. Shortely after a flock of Golden Plover flew over and whilst checking them for any smaller plovers (Dotterel) a snipe flew through the flock. Based on a jizz halfway between Common Snipe and Woodcock I was sure it was a Great Snipe but it would never be more than a probable. 10 minutes later I was sure I heard the sound of displaying Great Snipe though. I walked towards the sound but none of the other three birders present joined me. About 150m along the path 2 Great Snipe flew up from the strip of long grass by the side of the path just a few metres from me. My camera was sheltering from the rain inside my jacket, the zoom was locked at 150mm and it was set for over exposure as I had last taken a photo of overflying Greenshank, but amazingly enough I managed a record shot. Then one step later and another two flew up from the same spot just 5 metres ahead of me!!

They all flew off low over the top of the field and I was quite sure they would land in the long grass alongside a stream. I could not find them though. Whilst searching I did hear a very short snatch of song that I was sure was Ortolan!  Despite it still hanging on as a breeding bird in Norway there are no modern day records from Oslo and none from the Dale so this was another MEGA. However, I didn’t find an Ortolan but did find a couple of Whinchats. I put out the news that I was pretty sure I had heard a singing Ortolan but as time went by begun to wonder if one of the Whinchats had been mimicking.

I checked out the rest of the Dale and then went on an unproductinve trip half an hour south of Oslo to an area where I thought there might be Dotterel. I didn’t even find any Golden Plovers and regretted my decision. Getting back into the Dale just after noon there were still Golden Plovers and a fly over Hobby was a good find. I then had to head home to feed the Beast and returned again with him in tow. The Ring-necked Duck was with 40 Tufted and showing very well although taking photos in rain with a dog pulling at the lead is no easy task. When I had finally decided to call it a day I had a long walk back to the car. Just before the car I met another birder and whilst talking heard the Ortolan again. This time though I was much less sure and seeing a Whinchat I lost even more faith but the singing continued and no it had to be Ortolan. Moving closer I glimpsed the singing bird before it flew and YES I hadn’t been imagining things. It moved off around 100m but was still singing but as the rain picked up it went quiet. Stig J arrived and we widened our search area. It eventually flew up from the ground in front of me and landed out of sight (for me) and sang. Dragging the Beast behind me I was just able to see it and most importantly get a photo before it moved off to where we initially had it and as the rain picked up we couldn’t refind it although it was seen later in the day.

LOTS of birders (in Norwegian terms at least ) have visited the Dale to see the Duck and although I usually shun crowds it has been nice to meet people and receive some congratulations 😊 We birders are funny people though, and I was again reminded about why I sometimes regret sharing news of rare birds. There are though some birders, and most often the ones who’s very active birding career revolves around ticking birds (be it lifer, county or month tick) that others have found, who only manage to grumpily say “where is it then?” or words to that effect. They let the side down. Another side effect of increased visiting birders in the Dale is that House Sparrow has once again been recorded. In the course of 18 years this is a species I have never recorded and nor have any of the other Dale regulars (so would be as good as any of the new species I have recorded the last few days). But visiting birders often find them, even flocks that they have only identified by call. It is so good to get that reminder that I am not on my game and have to work harder with the commoner birds and makes me realise how much else I am missing or perhaps how much crap others are recording….
The Maridalen list as recorded in Artsobs (including House Sparrow and one or two other dubious species) is now 211 species of which I have seen 193. This list however doesn’t include 4 species which a couple of now deceased old boys enjoyed telling me about: Black Tern, Caspian Tern, Ural Owl and Dotterel. With 4 new species included in that list already in 2019 what will be next?

That was a lot of words! Here are the pictures... 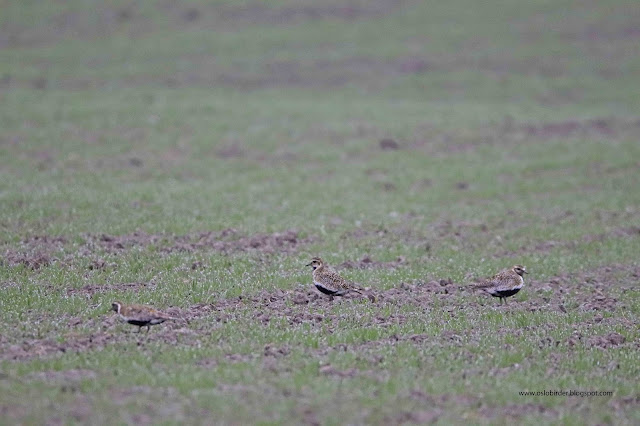