I had an appointment in the city centre today and chose to cycle in and also check out a Black Redstart that has been seen around some ruins in a park. It all looked quite photogenic plus I was interested to see if I could work out whether the bird was a male or female (previous photos had shown it to be a 2cy) and if there were more than one bird present.

The bird showed without problem and sang straightaway so the sex question was solved rather easily. As to the number of birds present I saw only one during 50 minutes and the bird looks very different depending on whether you view from the right or left which explains why previous photos have suggested the presence of two birds. The tertials on the right hand side have broad white edges and are presumably moulted adult feathers whereas on the left wing they are brown juvenile feathers.

A short video handholding the bazooka (600mm) which could have been a lot worse! 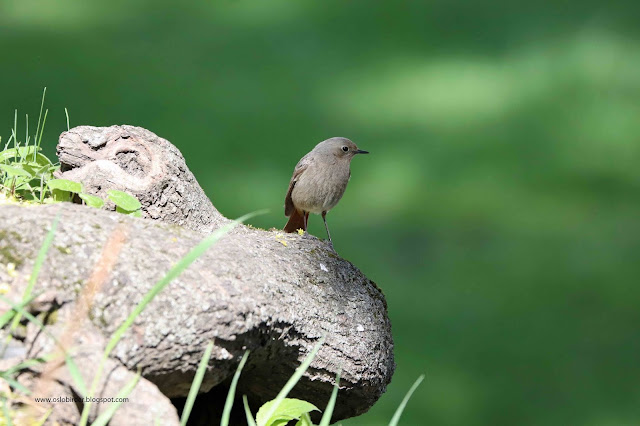 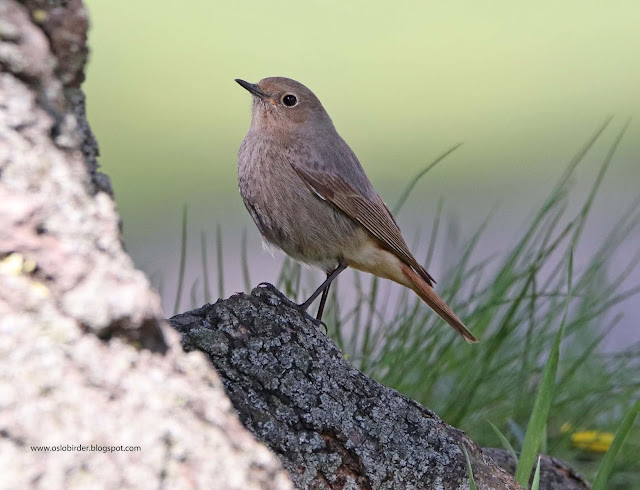 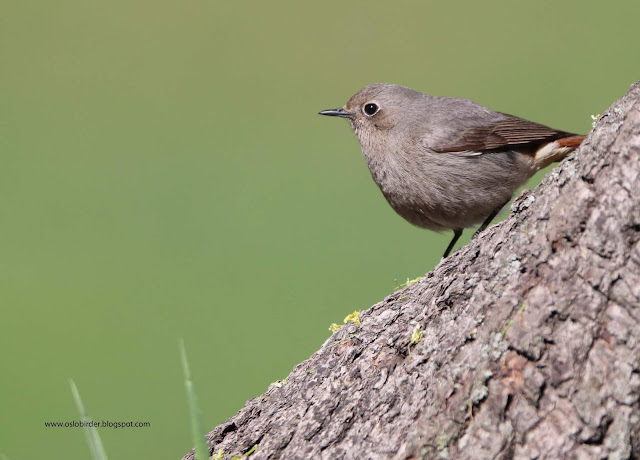 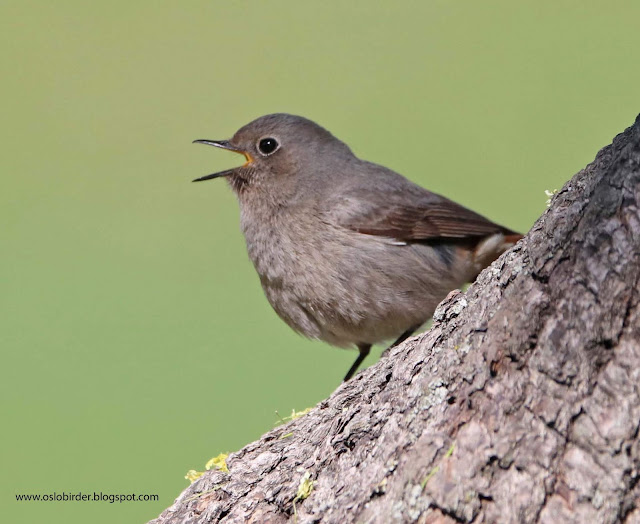 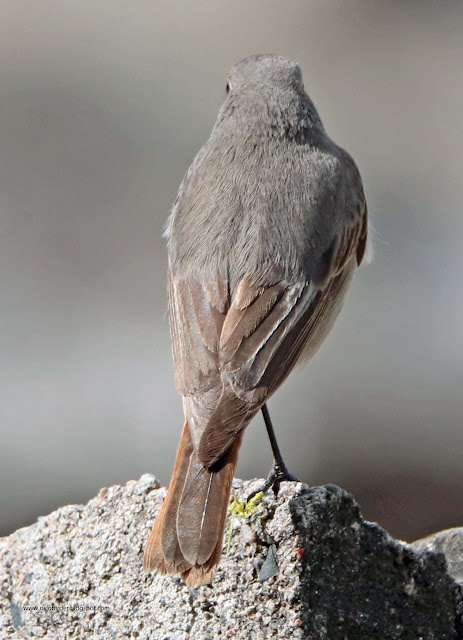 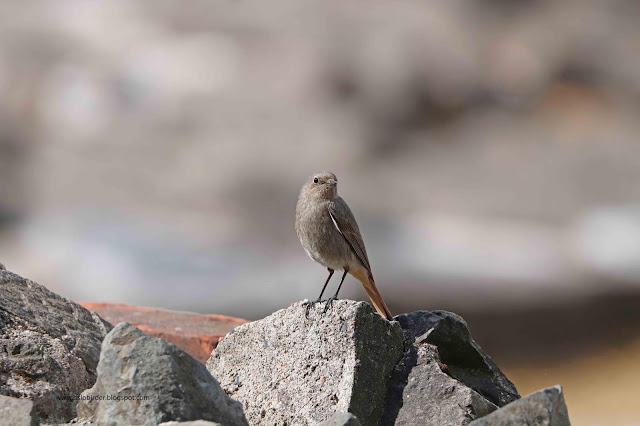 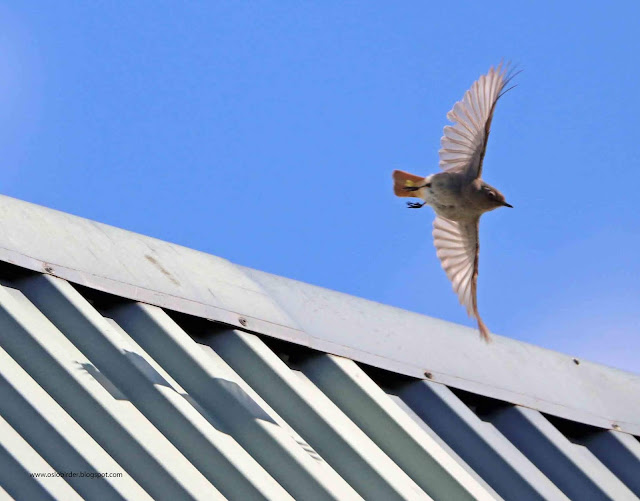 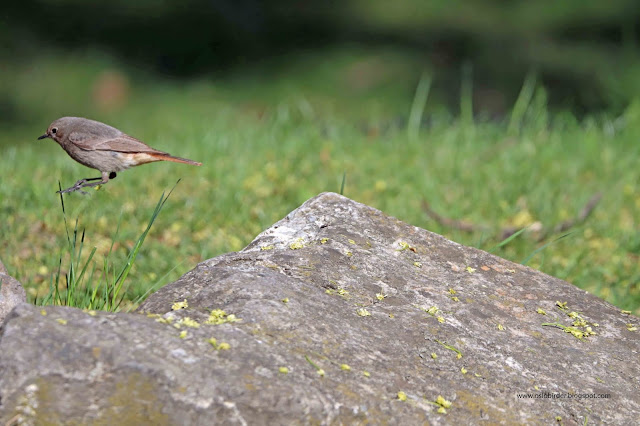 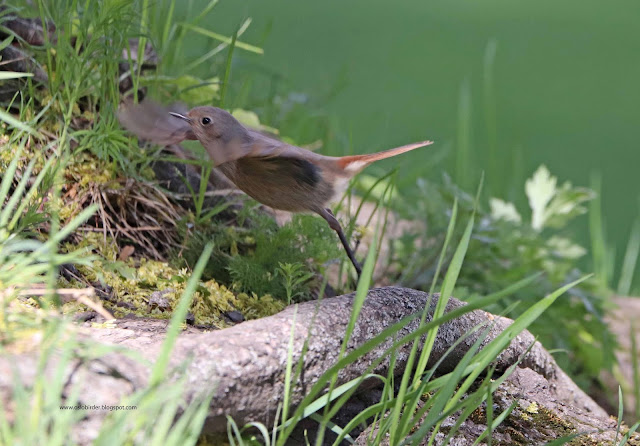