Overnight frosts mean that spring is progressing very slowly. I have visited Maridalen for a pre-breakfast trip the last two mornings and whilst there are things afoot there are no obvious movements of passerines or waterbirds.


The dawn chorus is now getting quite varied with Chaffinches, Blackbirds, Yellowhammers, Skylarks, Starlings and today Lapwings. There were 5 Lapwings on the field and one was most likely a female as the males were suddenly displaying and chasing each other.


A pair of Cranes was the undoubted highlight. They were initially circling low over the valley and may well have roosted here before they gained some height and headed north. Very few Cranes have so far arrived in Norway this spring so it was surprising to see them in Maridalen so early.


Until last year I believed that woodpeckers excavated a new nest each year. Seeing a pair of Black Woodpeckers nesting in the same hole two years running taught me that this was not the case and today I found another Black Woodpecker entering another hole that was used last year so it would appear that Black Woodpeckers at least regularly use the same hole two years running. I initially heard today’s bird singing (not drumming) close to where I knew they had nested last year. I went to the hole and a male flew in and immediately started investigating the hole. He then went in and I could hear him hacking away inside the hole presumably doing some renovation before showing it to his mate.


Last night I heard a hooting Long-eared Owl at Årnestangen. As far as I can remember this is only the second time I have heard this species hooting but it was a very distant bird and not particularly satisfying. The moon was full and very large making it an atmospheric night. 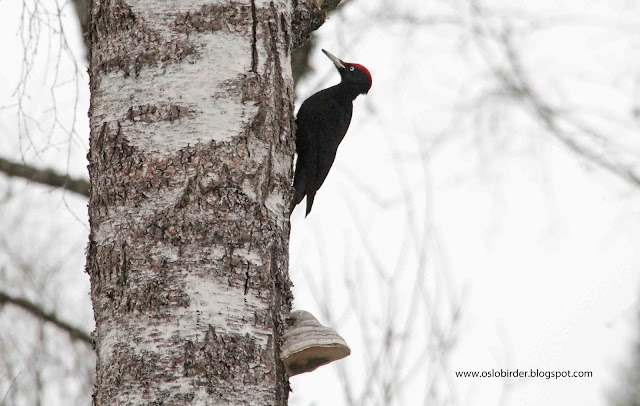 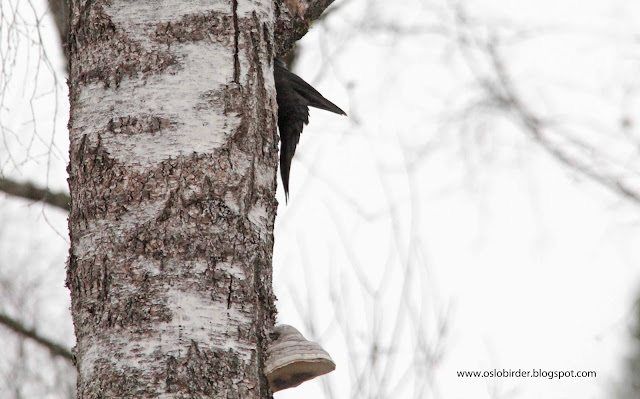 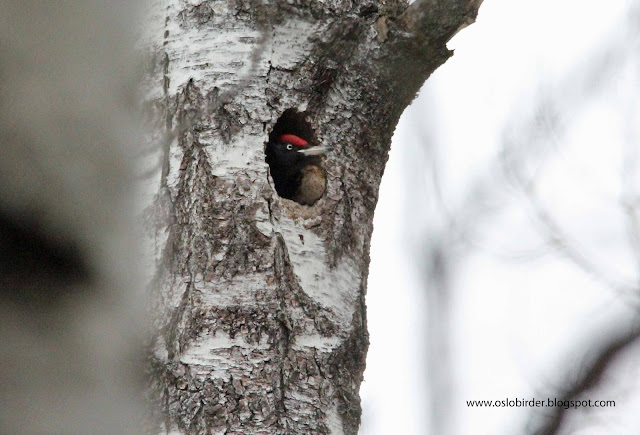 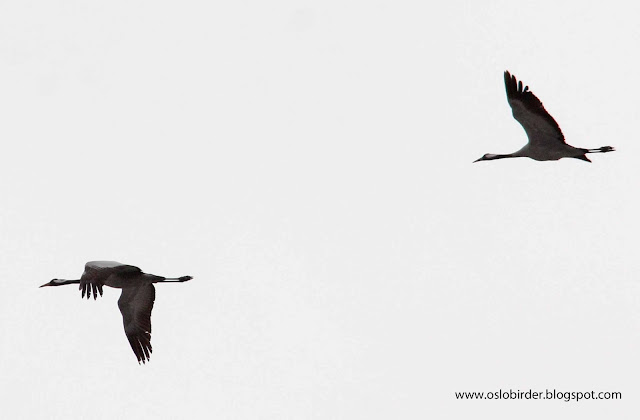