I started the day in Maridalen which is still in the grips of winter. Highlight (?) was a singing Willow Tit which at least shows they haven’t all mysteriously died off. GG Shrike, Goshawk and Hawfinch were also seen plus lots of Common Crossbills including birds with wing bars and giving trumpet calls but all just Common. I had a group of birds visiting a brick wall on the barn where they were definitely eating something but why I am not sure. They were attacking both the mortar between the bricks and the bricks themselves. I can only assume they were after minerals. They do I think also eat grit to help with digestion but I don’t think this was the case here. The birds were predominantly males so was nothing to do with minerals for egg formation either. I took some video so you can see and judge yourselves. I searched BWP hoping for an explanation but only found the following: “Often reported eating mortar, putty, ash, and similar nutrient-rich substances” with no attempt to explain why.


Moving towards the fjord it suddenly felt more like spring with the snow having melted on some of the fields at Bygdøy. Here there were over 100 Greylag Geese on the fields plus my first Lapwing of the year and a flyover Stock Dove. Still no Skylarks or Snow Buntings though. At Huk there were now 49 Oystercatchers whose calls definitely gave a feeling of spring.


Fornebu was also able to add to the spring feeling with my first Starlings and Common Snipe of the year and a calling flock of 11 Whooper Swans heading north east.


Some new snow in the afternoon though showed that winter is not letting go that easily! 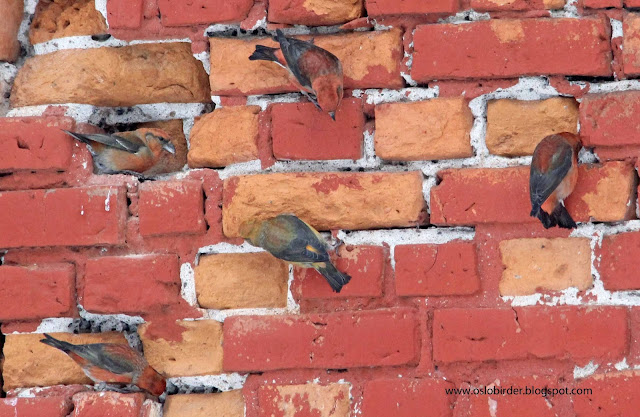 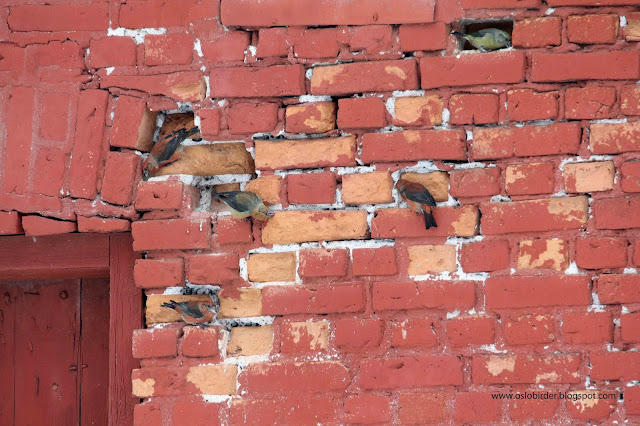 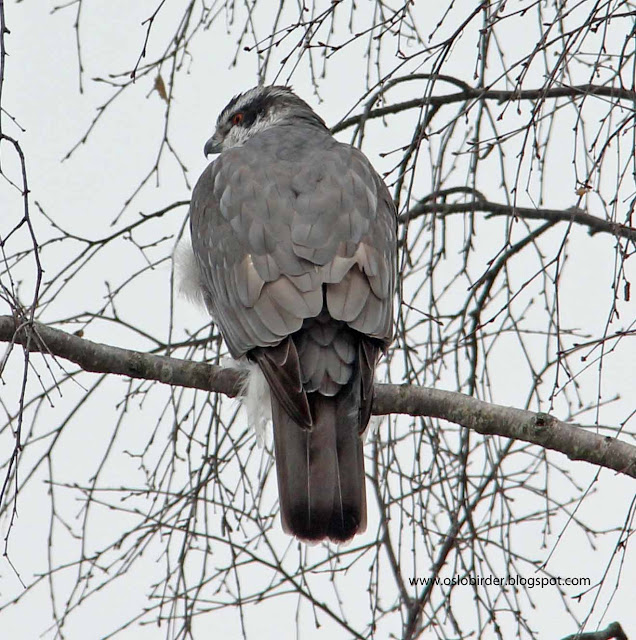 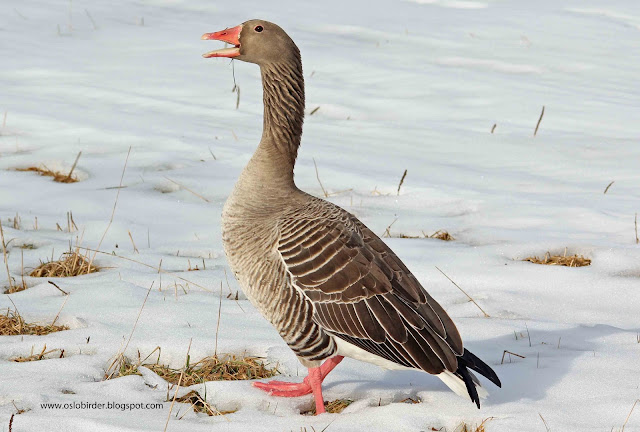