It is still winter and any thoughts of large numbers of migrating waterfowl and Cranes coming through the Oslo area this week have been put on ice and it looks like we might have a late spring as in 2013 when it wasn’t until April that migration really got going.


Despite the snow small numbers of spring migrants do seep in and today I had Oslo’s first Oystercatchers of the year with 5 at Huk. Otherwise though there was precious little to see or hear although at Fornebu some footprints in the snow may have been an early Woodcock (rugde). I did get to see and take some half decent pictures of a Bearded Tit at Fornebu which was, as always, a very pleasant encounter. 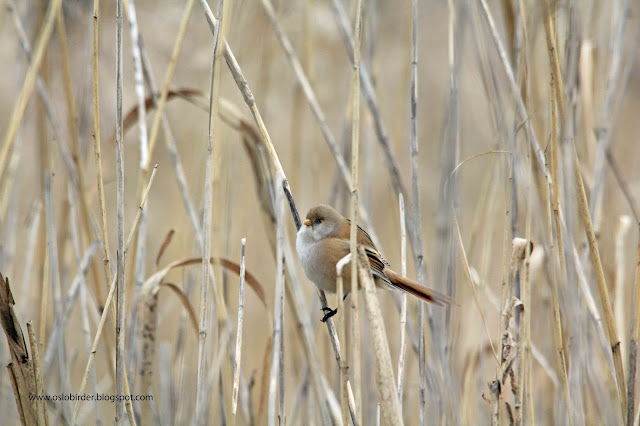