For the next week (at least) it is not forecast that we will see the sun.  Today though there was no snow and better light than last Friday so I headed for Fornebu hoping to see the Arctic Redpoll again. Both that bird and the Twite that it had been associating with evaded me but I did have an OK visit.

The Kestrel is still finding sustenance despite the snow and there are quite a few rodent tracks visible now. At the reedbed at Koksa I briefy played Bearded Tit (skjeggmeis) call to see if they were still here. As has become usual now, there was no response. As I was about to move on though I saw that less than 10 metres from me there were Bearded Tits feeding in the tops of the reeds. I felt a bit of a tit myself to be honest but then settled down to enjoy these fine birds. There were three males and three females and they fed completely silently for about 10 minutes before calling very briefly and flying a short distance deeper into the reedbed. I then heard them calling a couple more times but this time they were invisible to me. It is my hope that they will breed here but I wonder if they will make their presence known deep in the reeds. 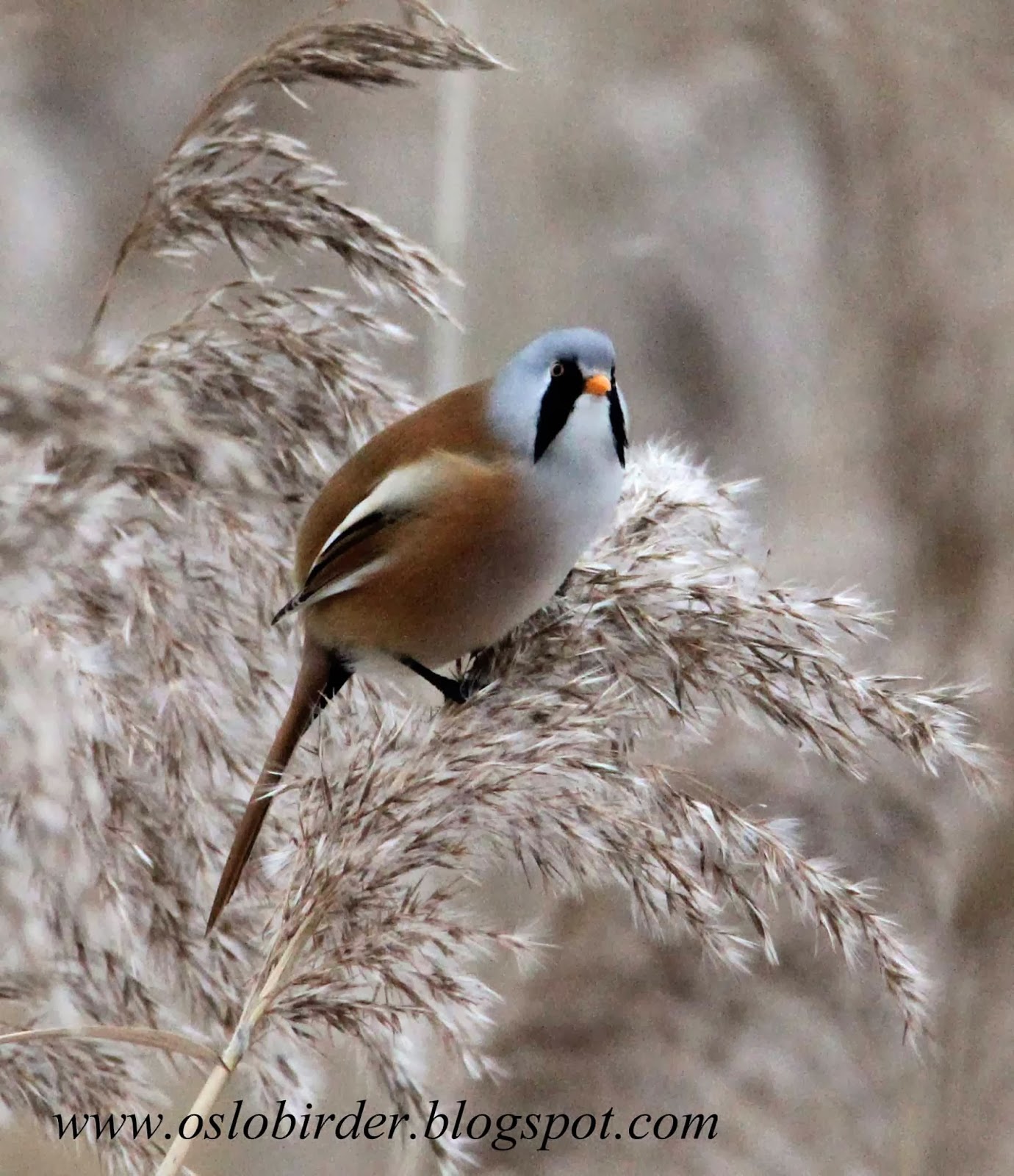 A very strange sound coming from some bushes turned out to be a male Bullfinch (dompap) wheezing in what I am sure a female of his species will view as a fine song but to me sounded like a medical condition. Nearby was a Hawfinch and a Blackbird and it looked like some berries were the cause of their presence.

A drive around Maridalen revealed incredibly slippery roads which at one stage had me thinking the brakes were not working! Adjusting my speed accordingly I was able to circumnavigate the valley safely and see that the feeders are now attracting lots of birds with the snow and cold having put paid to the birds attempts to find natural food. Among many tits was my first Crested (toppmeis) of the year. A Dipper on the river at Hammeren was a happily plunging into the icy waters looking unphased by the cold.