I did get out today for some real birding and it felt gooood. Three hours seawatching from Krokstrand really cleared away the xmas and New Year cobwebs. The sea was quite choppy although the wind at around 10m/s was not excessively strong. However there were some birds especially during the first two hours which was what was ordered.

Best were Little Gulls (dvergmåke) with 7 youngsters and a couple of adults with some coming close enough for a record shot. Nearly all birds were making there way slowly south into the wind which allowed them to be well watched.  Also over 30 Kittiwakes (krykkje) and 5 Fulmars (havhest), one of which was a dark phase bird. A single Red-throated (smålom) and two Black-throated Divers (storlom) were good winter records. 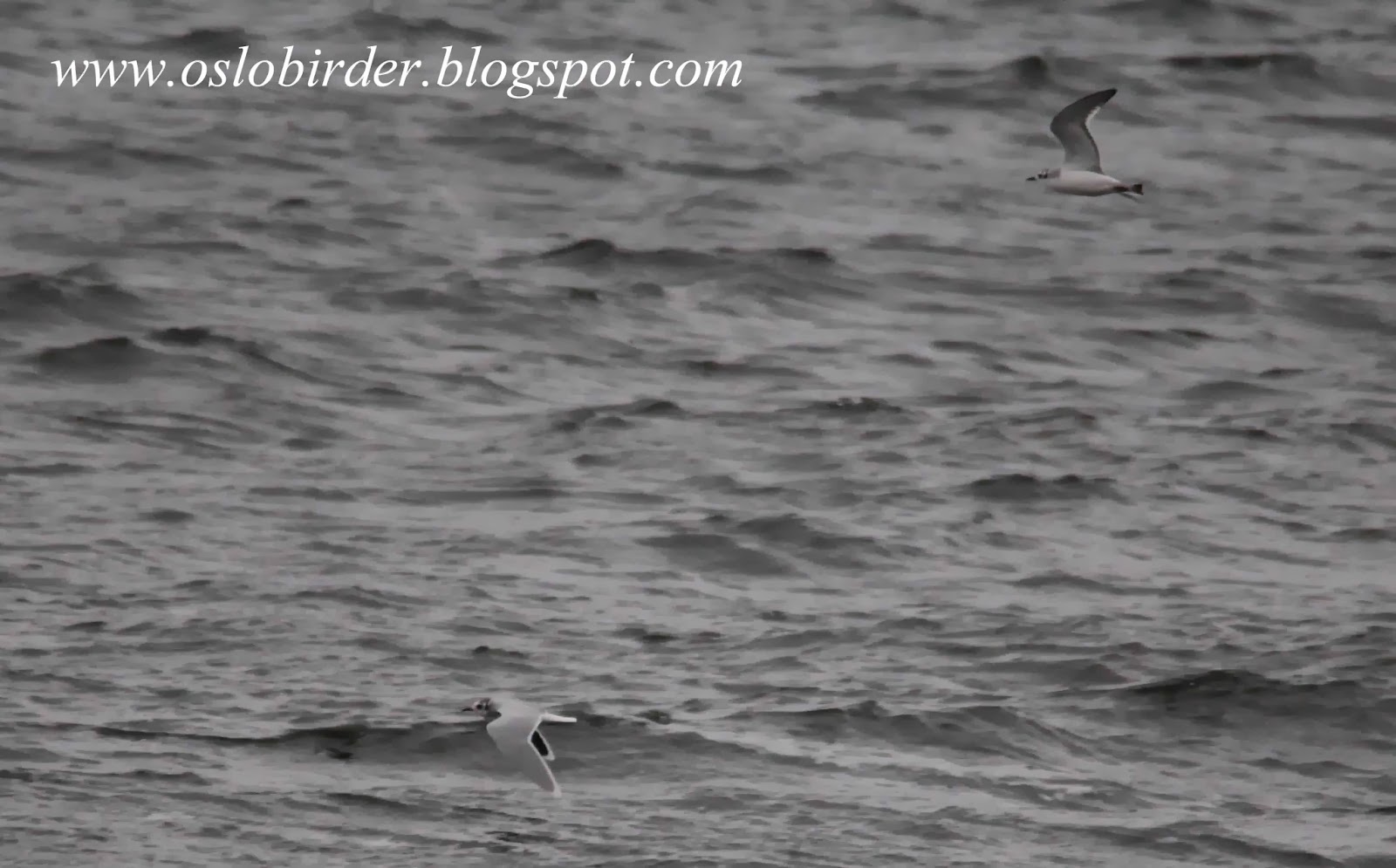