Almost back in action


The terrible winter weather, or lack of, continues. Today was just wet and gloomy although snow actually fell in the afternoon although with the temperature being a couple of degrees on the positive side it won’t be around for long. The forecast for the nest week though is for dry weather and from next Saturday the temperatures will fall below zero which will at least give a feeling of winter. Tomorrow there are forecast moderate southerly winds which will probably tempt me out on my first “real birding” trip with a seawatch which should at least give me some Little Gulls of which there appear to be a few in the Oslofjord.

Today I just gave a few Oslo localities a quick try including of course the Botanical Gardens. The Two-barred Crossbills look to have cleared off now with no sightings since just before the New Year. The female Common Crossbill (grankorsnebb) was however still to be found feeding on fallen cones under a Weymouth Pine where I have seen her a few times before. I nearly tripped over her and I was able to take pictures with my telephone at a distance of less than 50cm. With my camera I had to step back as the near focus distance is 220cm! The light was appalling and the pictures likewise until I remembered to use the inbuilt flash. She was totally unconcerned by my presence and did not once call.

Very little in the park otherwise except for a young Goshawk (hønsehauk) and an overwintering Chaffinch (bokfink).

Some video of the Crossbill and a selection of photos: 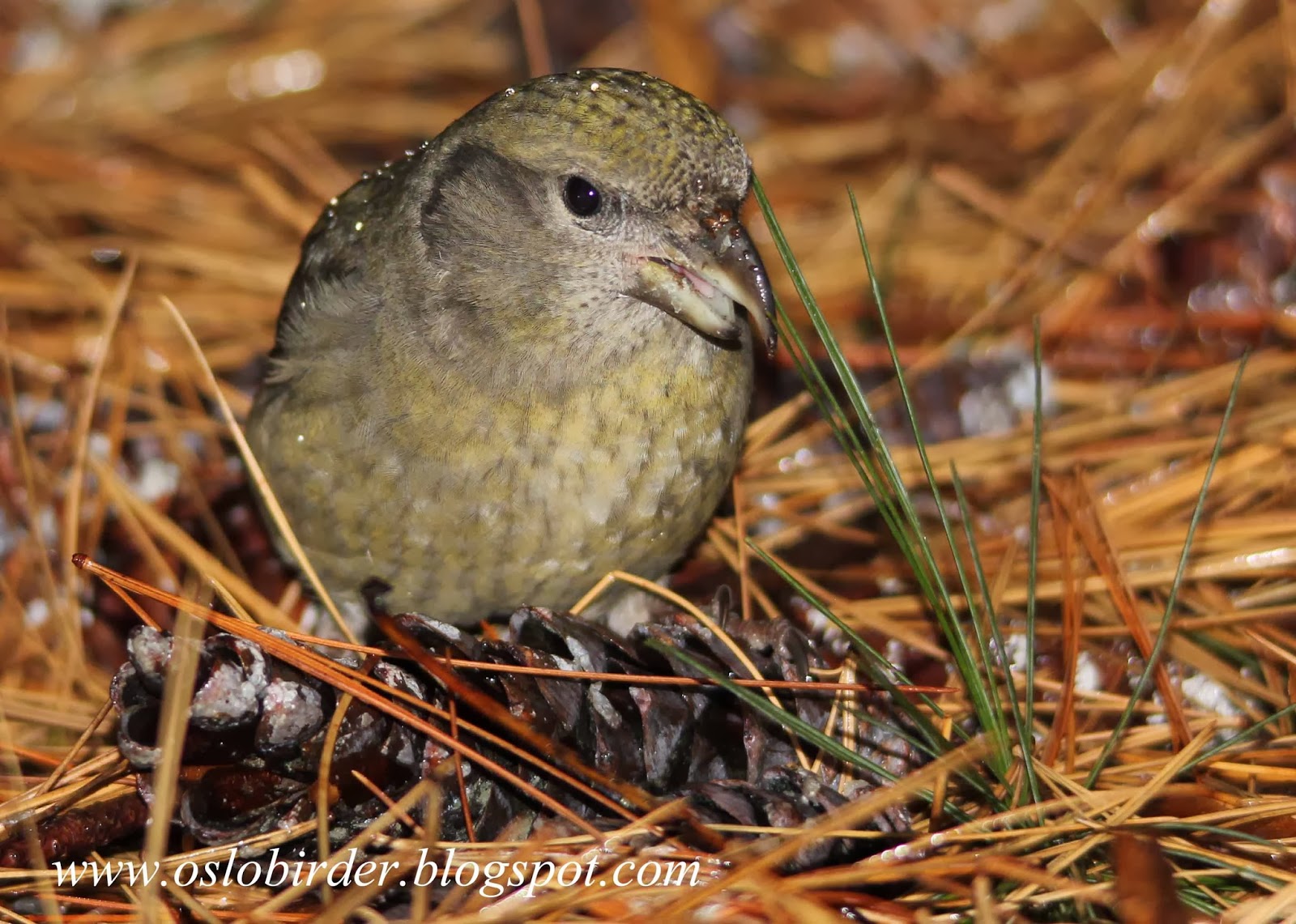