With even more snow falling today my game plan was similar to the last few days, i.e a whistle stop tour of a few sites in Oslo and then some time in front of the computer. Maridalen had a flock of 30 Yellowhammers but not too much else. At Østensjøvannet the male Pintail has gone (died?) but a female Wigeon (brunnakke) has taken its place amongst the 200 or so Mallards which are entirely dependent on bread to survive which can’t be too healthy over an extended period of time. The Wigeon was briefly out of the water and showed off a metal ring on its left leg. I am not aware of it having been ringed here recently so it would be interesting if someone is able to get enough info off the ring to find out its origins. 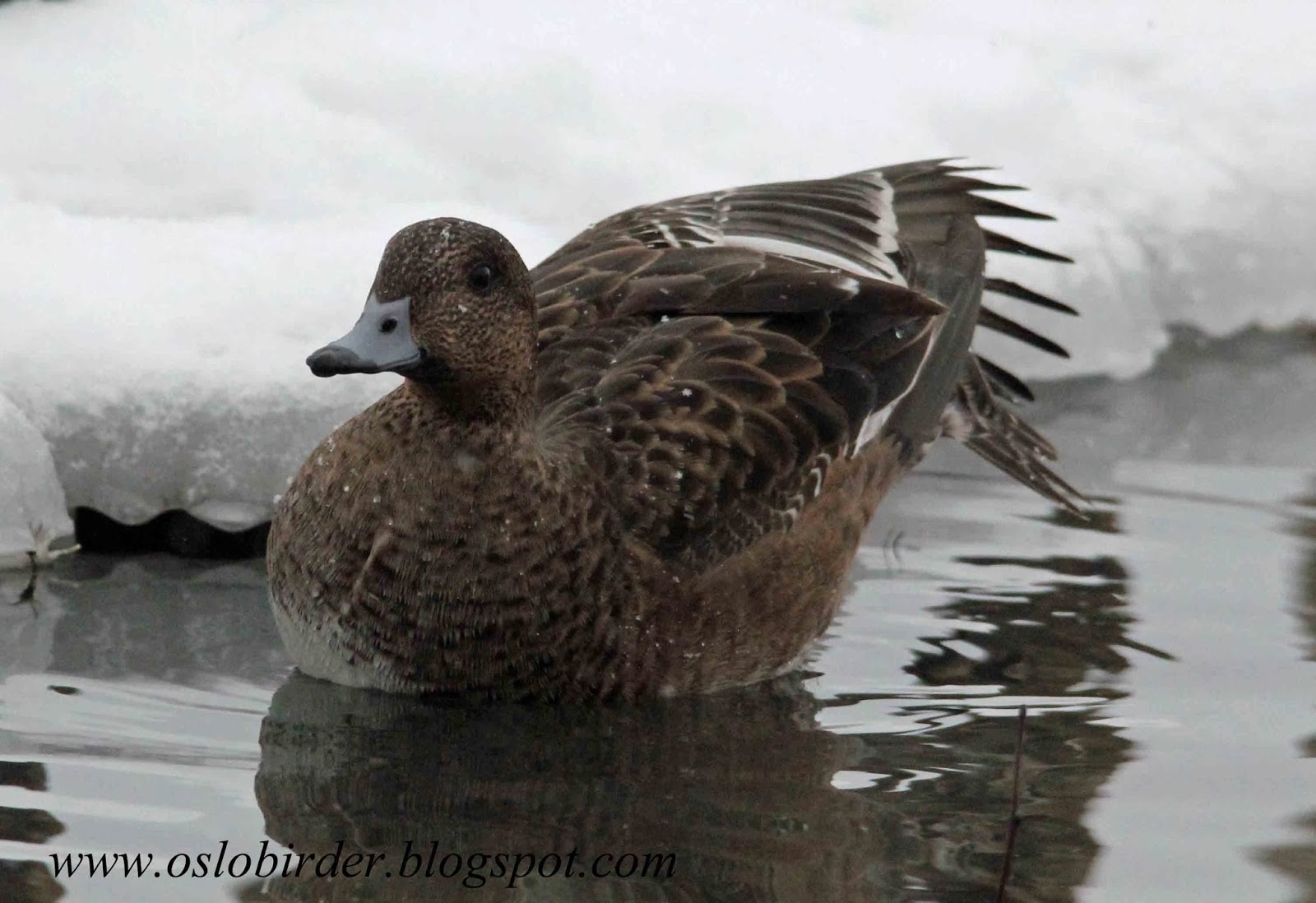