Another damp day so I chose to get some admin done and didn’t venture out until noon. I’m nothing if nor predictable so headed for the Botanical Gardens. As I drove through town I could hear that the city’s Alarm system was being tested and as I got out of the car at the Gardens they were testing the closest alarm. The alarms are like fog horns and all the birds in the area were flying around. I thought this would ruin my birding but as I entered the park realised that it was actually positive because all the birds had flown up and were now, if only briefly, congregating in the tree tops. They were many finches in the top of “the” berry tree which has been birdless on my recent visits. In amongst 20 odd Greenfinches were a couple of Hawfinches, a male Brambling and 11 Bullfinches. I then heard that familiar trumpet call. However it took me a while to realise it was not the quiet version of a feeding bird above my head but instead the loud version coming from a bird sitting on the top of a larch tree 100 metres away.

A Two-barred Crossbill was still present! She kept on calling as I walked towards her but had disappeared by the time I got to the larch tree. Returning to the berry tree I found her eating berries with a couple of Greenfinches and got to enjoy her properly. She was a lot more vocal and restless than when there were more than just one bird and soon flew off calling. I relocated her shortly due to her calls and this time she was in a bare deciduous tree alongside Greenfinches where it looked like she was eating buds. She then flew back to the berry tree and again perched high up making a lot of noise. Clearly she is lonely and looking for company from her own kin. She was the greener female which was the last remaining female and to my mind today’s sighting confirms that they are being picked off my predators rather than gradually leaving on their own accord.

The Peregrine was perched atop the Plaza hotel as I drove past. 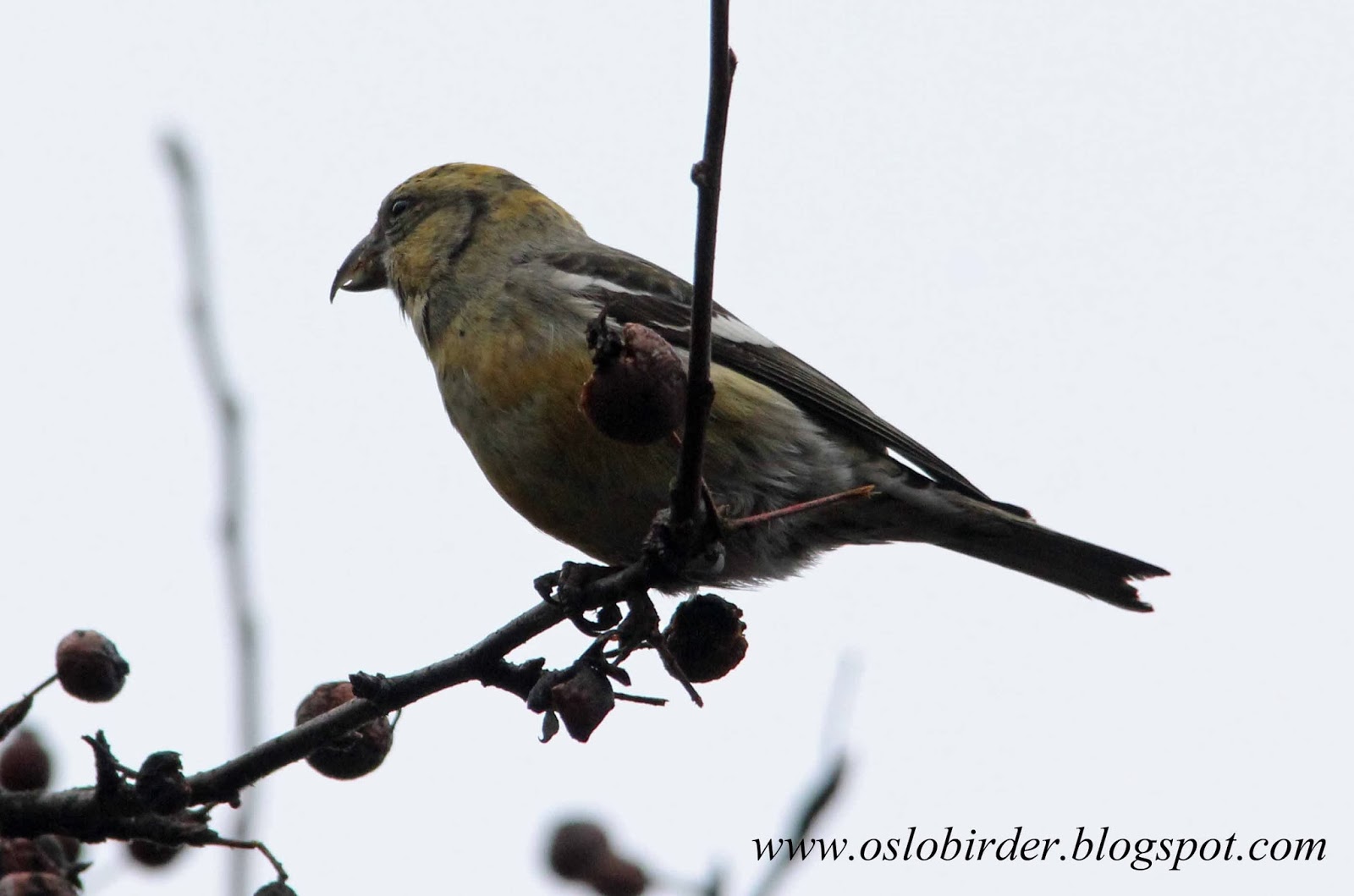