In better weather and half decent light I made another attempt to find and photograph Pine Grosbeaks (konglebit) today. In addition to Maridalen I visited all the berry bushes I am aware of around northern Oslo. The majority of these bushes still had berries but no birds (no thrishes or Waxwings) so maybe the berries are not edible (or only as a last resort).
The berries of rowan trees though should be edible and there are a couple of trees by the underground station in Nydalen. Here there were birds but unfortunately not quite as rare as I would have hoped. However, trusting Waxwings (sidensvans) are always a treat and I was able to take some nice pictures.
It was fun watching them eating. The berries were large and they had to throw them up in the air and let them fall right down their throat! Many berries were lost on the ground when they bounced off the open bill. They also actively used their tongue to control the berry. It was a bit like watching someone doing tricks with a football.

It was quite difficult to get the whole bird in focus (or at least for me) and in nearly all the pictures it is the head that is slightly blurred. I was so close to the birds that just a few millimetres made a difference and I should have adjusted the aperture to compensate or I could have zoomed out. 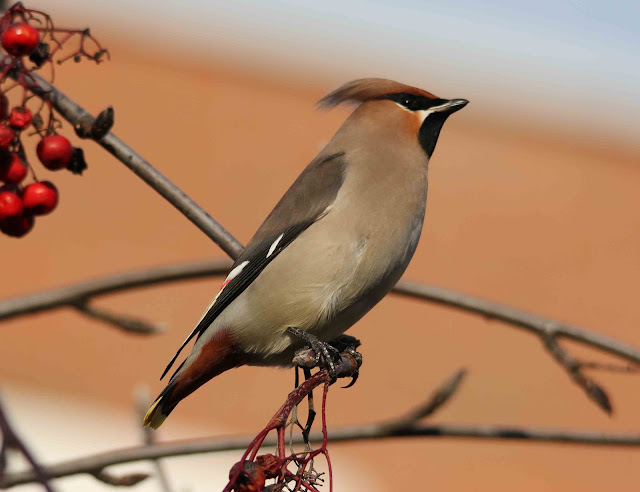 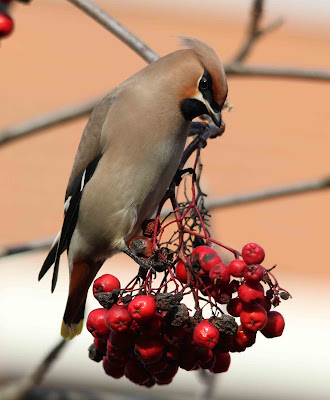 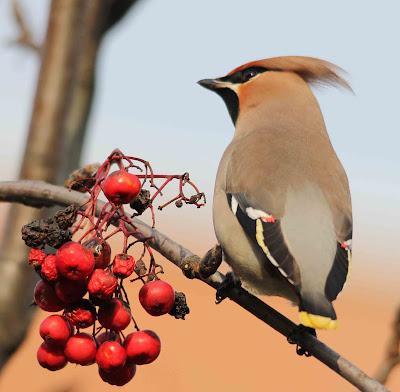 Otherwise I had a couple of Little Auks (alkekonge) at Fornebu but couldn’t relocate the Bearded Tits (skjeggmeis).
Lagt inn av rixy kl. 15:01