That’s Værøy 2016 finished. I’m sitting waiting at the heliport for the prescribed 1 hour ahead of a 15 minute flight but at least there is free wifi.


So my last day continued the frustrating theme. After the flyover, heard only Little/Rustic Bunting in the morning at Nordland, a Little Bunting was found in the south in the afternoon. It was in some very high, reed like vegetation and for me only showed in flight after being flushed when it at least called. Apart from the call and small size in comparison to the Reed Buntings it was with I did see that it had reddy ear coverts.


I had a total of 8 Yellow-browed Warblers, a Jack Snipe and a Golden Eagle (as well as the White-tailed Eagles that are common here) whilst others had another 11 Yb Warblers which were ringed, the Turtle Dove was relocated, the PG Tips was also seen (after only possibly being seen yesterday), a Barred Warbler was found and a OBP/Tree Pipit was heard (and just as I am about to press the "publish" button I get a message from Kjell that he had pinned down an OBP and got pics...)


The weather forecast for tomorrow looks very promising so I hope that it doesn’t transpire I left the island a day too early.


This year for the first time there has been some concentrated ringing efforts. I have not involved myself but there have been some interesting results. A huge number of Yb Warblers have been ringed (80 and counting) with a max of 28 ringed in a day. The numbers of retraps is very low (less than 10% I think) and amongst us we have hardly noted a ringed bird in the field. This means that there is very high turnover with new birds are arriving each day (whereas before we had thought that a number of birds were hanging around) and also has us wondering what happens to all the birds after they are ringed because we were not seeing them in the field.
Here are some pictures of the Red-throated Pipit and I will post more pictures and some videos later. 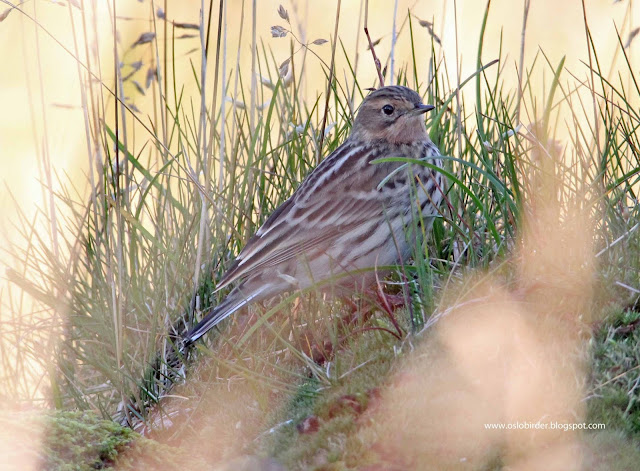 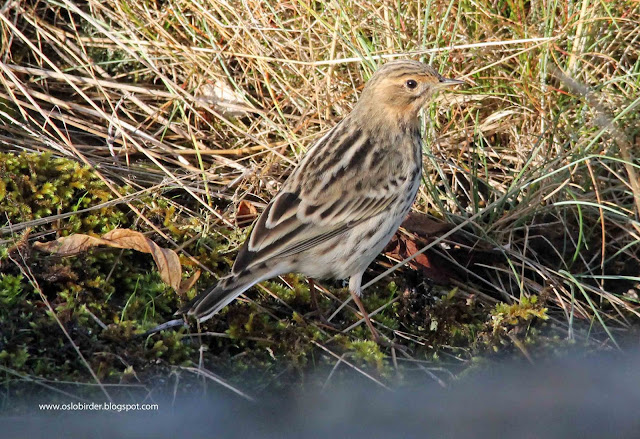 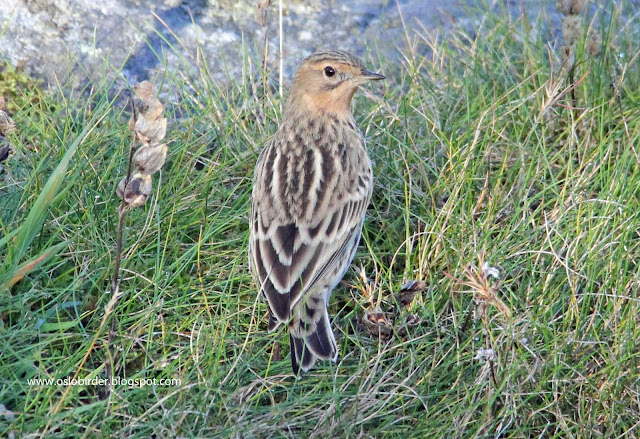