Top of my birding to-do list has been to try to age the Bean Goose flock. I haven’t been up there because the birds have not been visiting easily accessible fields and I have feared that I would just spook them in my attempts to get close enough to them. The last couple of days though the birds have been on the field at Horgen where I first read a neck collar (March 2012) and which I know I can view from the car without scaring them although the distance would perhaps be too far. It was nice and sunny though today so unless there was heat haze it promised to be good viewing conditions.


Just after 8am I checked to see where the birds were (the first plot comes in for 6am GMT) showing the birds were using the field today so I set off half an hour later confident that I could strike a line through this task at least.


The birds were exactly where they should be but the flock was not as large as I had expected. I eventually got an exact number of 129 from flight photos which is less than expected based on previous years counts (146 11.09.2015 & 163 04.09.2014, 151 14.09.2013). I don’t know why this is. Maybe some birds are yet to arrive, maybe more birds have chosen another migration route or maybe there has been very low productivity this year. I only managed to count 4 youngsters (3&1) but found it very difficult ageing them so hope the video I took can be interpreted by the guys at WWT to see if there are any I missed. Even if productivity may be low, survival rates seem high as there were a whopping 17 collared birds in the flock (13%) and with patience I managed to read all of them including two whose collar inscriptions have faded off but have coloured leg rings (difficult to see in stubble).


The birds eventually flew down to the river which is very unusual in the autumn. The sandbanks are not showing but the current in the river was very slow which may make conditions more favourable.

After these very wild geese I went to Svellet which currently holds enormous numbers of geese of a more feral nature. There were at least 1600 Greylags, 850 Barnacle and 70 Canadas. Amongst these huge numbers I only managed to pull out 2 Pink-feet and a single Bean (probably a rossicus/tundra). Also quite amazingly after having come from the Bean Geese there was only a single collar to be seen. Greylag Goose GL3 was ringed 21 June 2012 in Vestfold where it was also seen in 2014 and 2015 and has been seen wintering in Holland with the last observation in Holland on 5 March 2016.


There were also quite a few Teal (700) with smaller numbers of other ducks. There is no mud showing but the water is shallow such that the geese were standing up. This has proved popular with long legged waders with a Black-tailed Godwit having been here the last week but it looks like I came a day to late with 4 Ruff the only waders I saw. 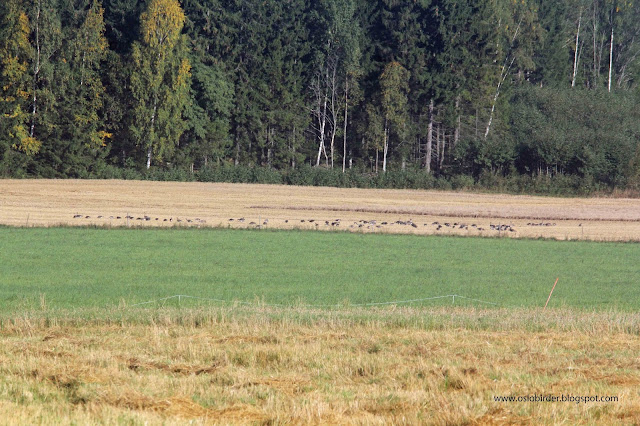 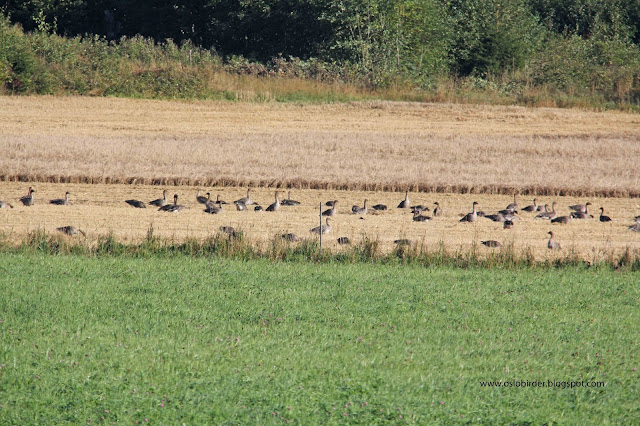 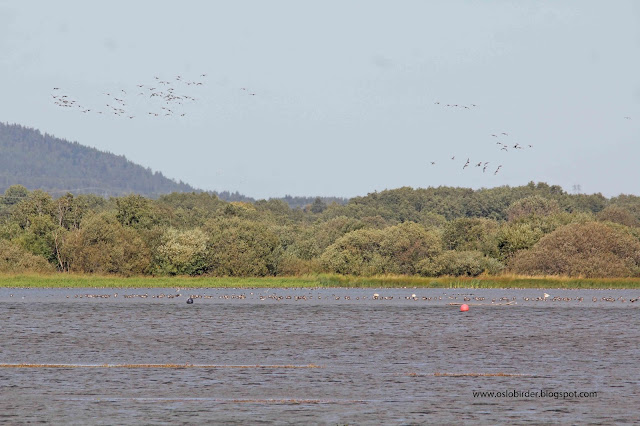