Counting the hours to Værøy

Just two days before I am on Værøy but Kjell and the others are arriving this evening so I am awaiting anxiously to hear “what’s about”. Yellow-browed Warblers at least seem to have already arrived in good numbers so I expect they will have a good double figure count already in the last few hours of daylight when they arrive. I have previously mentioned that Kjell must have the best birding garden in Norway and yesterday he ringed in the garden PG Tips, Barred Warbler and Y-b Warbler – look at this mouth watering picture and then ask yourself why he would leave that for Værøy…. must be my dazzling company ;-).

Here in Oslo there has finally been a change in the weather and there was a slight autumnal feel in the air. The last week of hot, sunny weather with morning fog was replaced with drizzle and heavy clouds in the morning with it drying out in the afternoon but nothing like as hot as it has been. The change in the weather didn’t do much for the birdlife though. A quick visit to Fornebu revealed 3 Chiffchaffs and a Willow Warbler the only significant thing about this appalling total being that Chiffchaffs outnumbered Willow Warblers for the first time.


I thought a visit to Østensjøvannet might be more productive but here the surface water weed that attracted large numbers of waterfowl (including record numbers of Coots) is absent this year and there were very low numbers with less than 10% of the number of coots that were present last year. The only interesting observation was Great Crested Grebes with a minimum of 41 birds including a number of stripy young still being fed by their parents despite the late date. It seems that the first breeding attempts were nearly all unsuccessful (pike predation) but that second clutches have been more successful.
A flock of 6 Pink-footed Geese flying around calling were definitely an autumnal sight and sound. 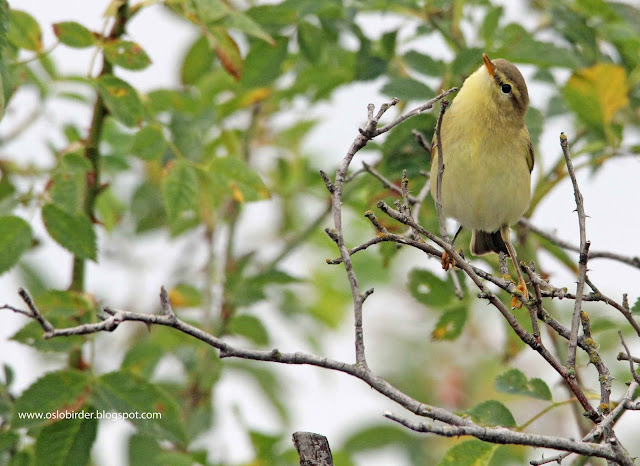 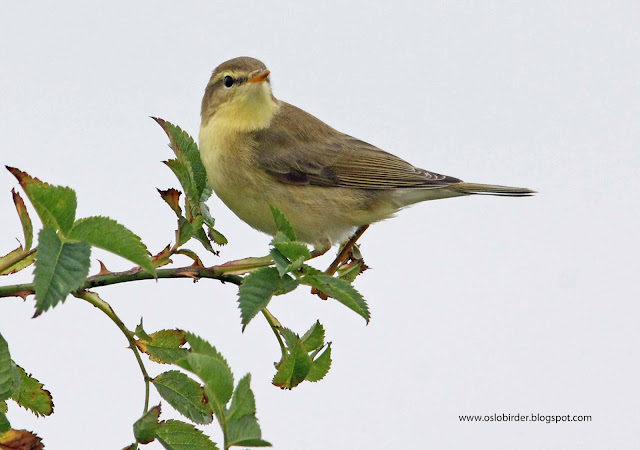 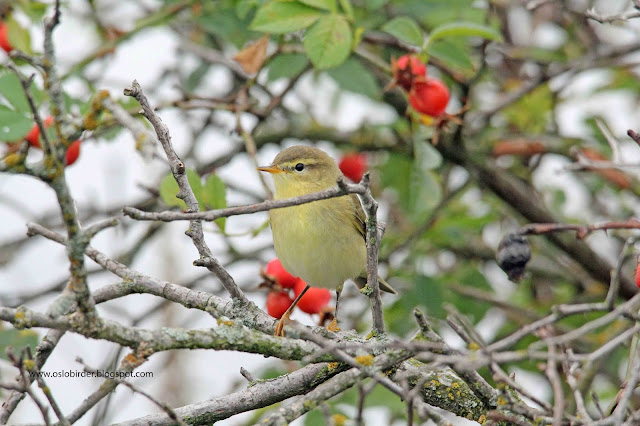 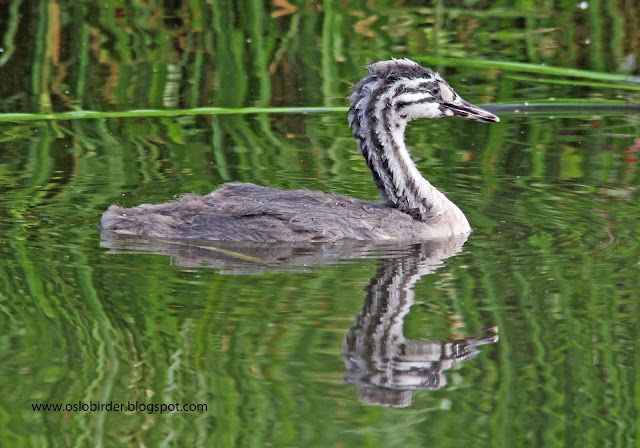 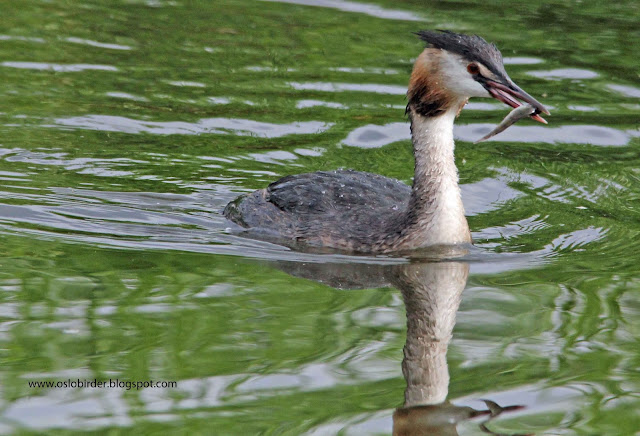 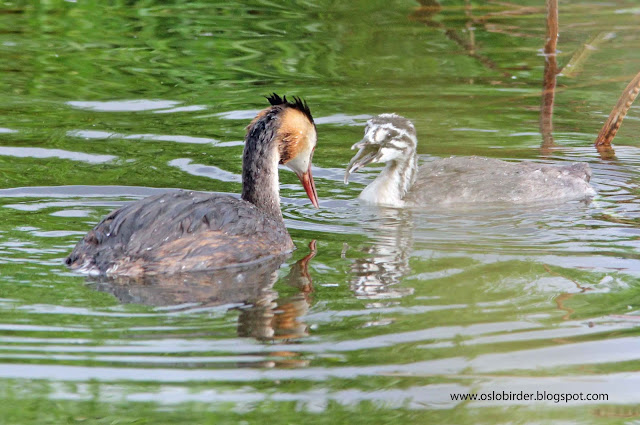