I decided to break the mould slightly today and head for Nordre Øyeren to see if there were any new birds there. At Merkja there were over 200 Teal (krikkand) which is a noticeable increase but I could not pick out anything interesting from amongst them. Svellet is still looking extremely promising for waders and Curlew (storspove) numbers have now risen to 194 although they had just company of 15 Lapwings (vipe) and an Oystercatcher (tjeld) today. I was alerted to an overflying White-tailed Eagle (havørn) by all the Curlews flying up but it didn’t have a go for anything even though it did look to be in hunting mood. The Curlews were obviously still jittery shortly afterwards when a female Merlin (dvergfalk) also put some of them up although a raptor of this size would pose absolutely no threat to them.


A short stop at Snekkervika revealed a few raptors and 8 Cranes (trane) in the air. I had Peregrine (vandrefalk), Buzzard (musvåk), Kestrel (tårnfalk) and Sparrowhawk (spurvehauk). Best birds though were 3 Ring Ouzel (ringtrost) feeding on the fields.


The wind was starting to pick up and was a cold wind from the north which should be the worst type at this time of the year so I made my way back to Oslo and again unsuccessfully tried for the Bean Goose at Bygdøy. Heading into Maridalen I just thought I would enjoy the sun from a shaded place and didn’t have any expectations to see very much but was to be surprised. Despite the cold headwind there were raptors moving. In the course of an hour between 1220 and 1320 I had a Merlin, 3 Crane, 3 Buzzards and a Rough-legged Buzzard (fjellvåk) migrating north plus a Buzzard, a Sparrowhawk and a Goshawk (hønsehauk) flying around looking for food. Best of all though was the briefest of glimpses of a female Hen Harrier (myrhauk). I picked it up coming in low from the south but it dropped down behind some trees and though I rushed there and expected to see it at close range it had disappeared completely.


The Black Redstart (svartrødstjert) was still present and seems very at home even going under the barn. Yesterday I also saw it checking out holes in the brick wall of the barn and this could well be a suitable breeding site if one becomes two. 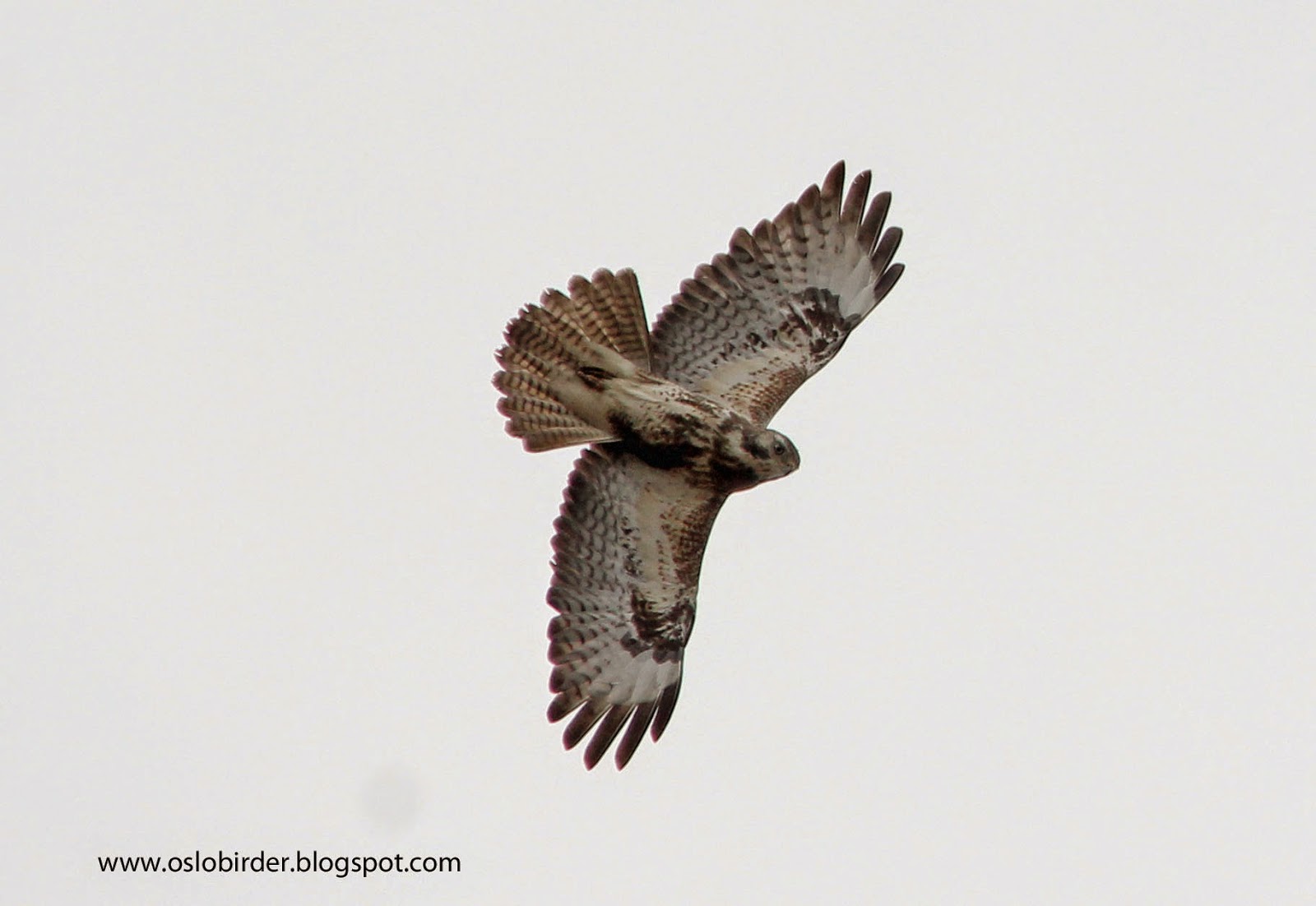