I do SO love this time of the year and especially my beloved Maridalen. It is not that I expect to see rare birds just that I love to observe migration and hope to find something a bit scarce. I started at dawn (0630) with the initial hope of finding an easily accessible site for Three-toed Woodpeckers. I failed on that score but Great Spotted Woodpeckers (flaggspett) are now drumming strongly at many sites around the valley and Green Woodpeckers are giving their yaffling call.


After yesterday’s strong movement of Pink-footed Geese (kortnebbgås) I was not surprised that there were some small flocks moving early, these being birds that left Denmark late and roosted somewhere in Norway last night. After 11am there came some new flocks which would have been birds that left Denmark this morning. I had in total nearly 500 birds before noon. There were also some Greylag Geese (grågås) and Cormorants (storskarv) moving north.
The fields now have a few thrushes with Mistle Thrush (duetrost) being the most numerous with over 20 in the valley.Four raptors of four species was good with single Buzzard (musvåk), Peregrine (vandrefalk), Sparrowhawk (spurvehauk) and Goshawk (hønsehauk) giving a mini Falsterbo feeling! Three migrating Cranes (trane) were as always a welcome if rather distant sight.  A male Lapland Bunting (lappspurv) flew over me revealing itself by its quiet trill call and landed in a stubble field. Despite my best efforts at field craft I managed to flush it before seeing it on the deck and it disappeared towards some distant fields.


Early in the morning Roe Deer were very obvious with around 20 feeding in fields and also a Moose which I rarely see here at this time of the year.


The absolute highlight of the day though was with a species that I seem to be getting quite good at finding, namely Jack Snipe (enkeltbekkasin). I approached a marsh with the hope of finding a Common Snipe (enkeltbekkasin) and saw there were some white droppings suggesting there was a bird present. As I got to wetter bit I looked down to try to work out how I could cross without getting my wet feet and less than two metres from me was a Jack Snipe! I backed up and was able to enjoy this fabulous bird. During the course of the next 4 hours another 6 birders who came past were able to see the bird and it only moved 30cm during this time. Their camouflage is so amazing that despite me showing it in the scope at less than 10 metres range everybody had real problems finding it in their bins. 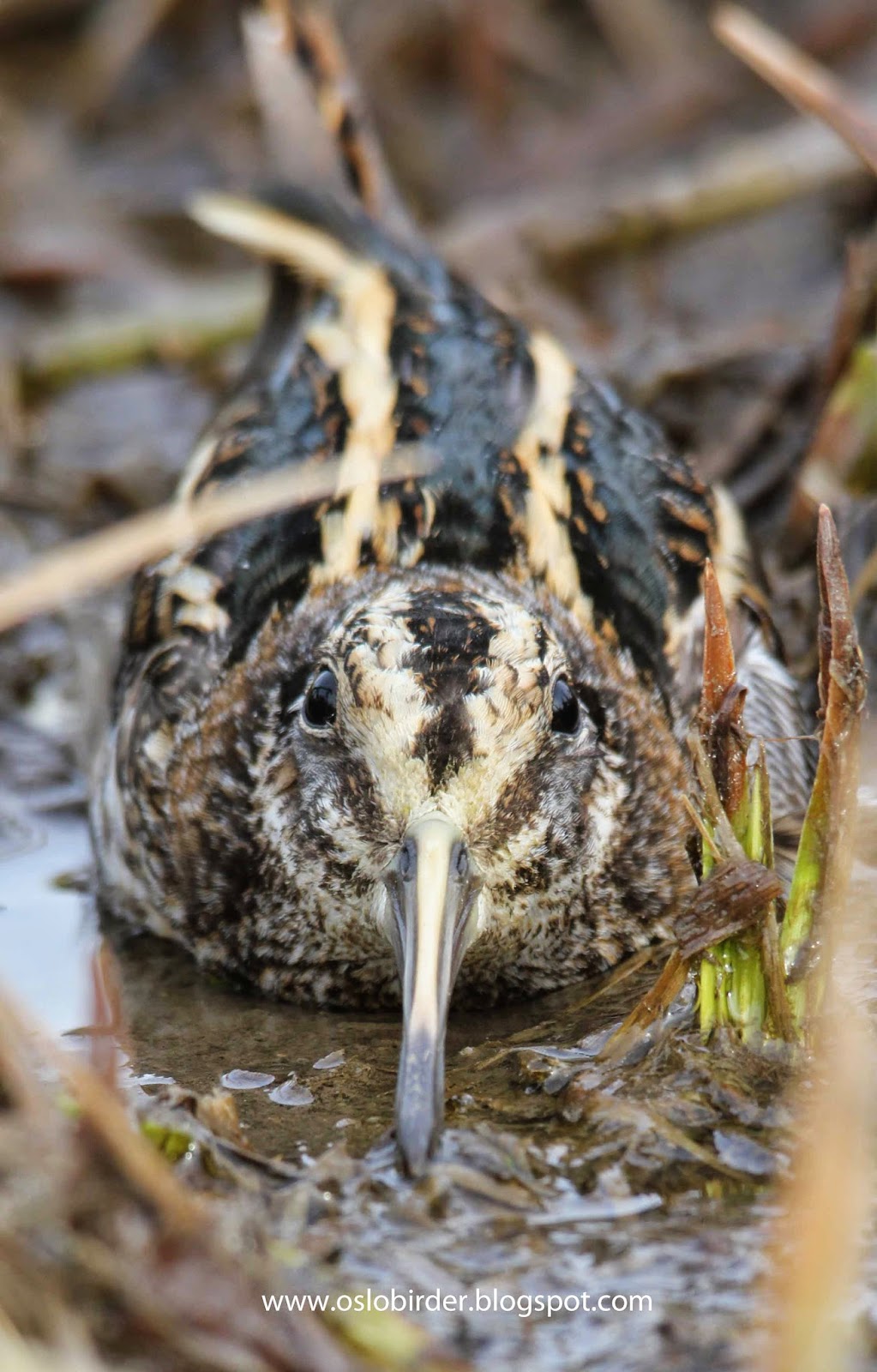 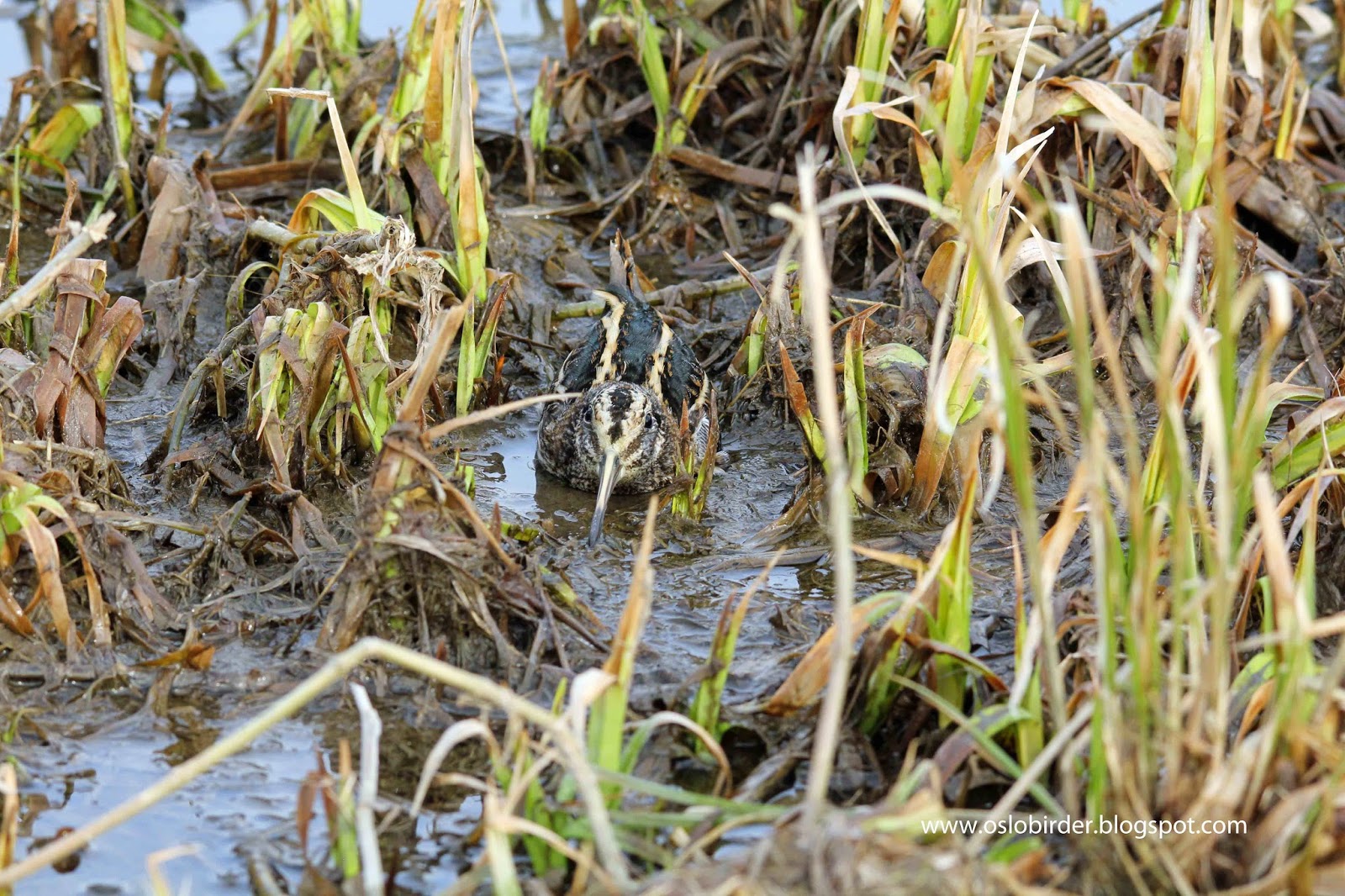 After heading home from my supposedly pre breakfast trip in Maridalen I had some much needed food and then went with the family to Fornebu. Here we witnessed more Pink-footed Goose migration with 750 birds in a couple of hours plus a Great Grey Shrike (varsler).