I’m sure that I have said that spring has arrived many times this year but today it really did arrive! It has been incredibly dry recently and there have been no passerines on the fields which I guess just haven’t had much to offer in the way of food. Overnight however we had a small amount of precipitation and this combined with a run of nights without a frost led to Maridalen today having good numbers of birds. I had already decided that I would get up early as I had seen that rain was forecast. I woke a few times in the night and first heard the rain and then had a singing Robin (rødstrupe) outside the window so the omens felt good. It was still grey when I arrived at the church ruins in Maridalen but the air was full of the sound of thrushes. Quite soon I heard the common four species before hearing Mistle Thrushes (duetrost) and then heard and saw Ring Ouzels (ringtrost)! My first of the year and one of todays hoped for species. In the end I had at least four birds which is a good arrival so early. A Kestrel (tårnfalk) then showed and over the course of an hour and I had 5 different birds moving through but also stopping to rest and hunt with at one stage three birds present. I had been worried that no Kestrels had been moving through but guess as usual I was just getting impatient.


Other new birds for the year soon fell with a Green Sandpiper (skogsnipe) feeding on the lake and a Chiffchaff (gransanger) singing. I had another Green Sand flying north on migration and had a few small flocks of Greylag Geese (grågås) and one flock of Cormorants (storskarv) but no Pink-footed Geese (kortnebbgås) today.


When I arrived Maridalsvannet was still half frozen but by the time I left just after 9am nearly all the ice had melted. This extra water brought new birds with 18 Teal (krikkand) and best of all the first Black-throated Diver (storlom) of the year with another migrating north at some height.


On days like this I spend much time staring skywards and in addition to the Kestrels I found my two first Ospreys (fiskeørn) of the year which both appeared around 8am and slowly drifted north, a Buzzard (musvåk), 2 Sparrowhawks (spurvehauk), a dashing male Merlin (dvergfalk), a Goshawk (hønsehauk) and a Crane (trane). There were also finches, thrushes and Wood Pigeons to be seen constantly seemingly flying in all directions.


Non-bird signs of spring were a squashed frog on the road and a toad alive and hopping over the road. 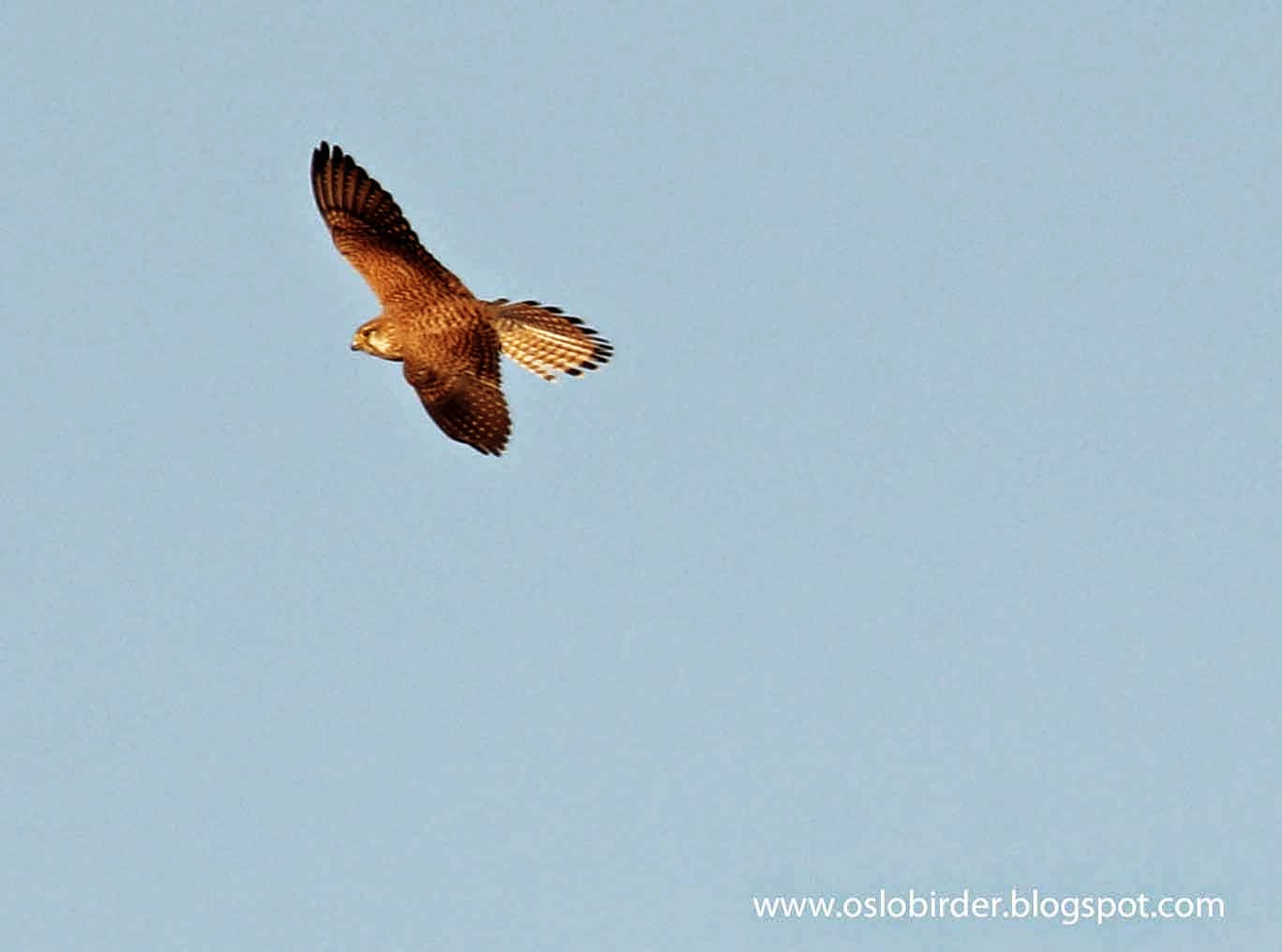 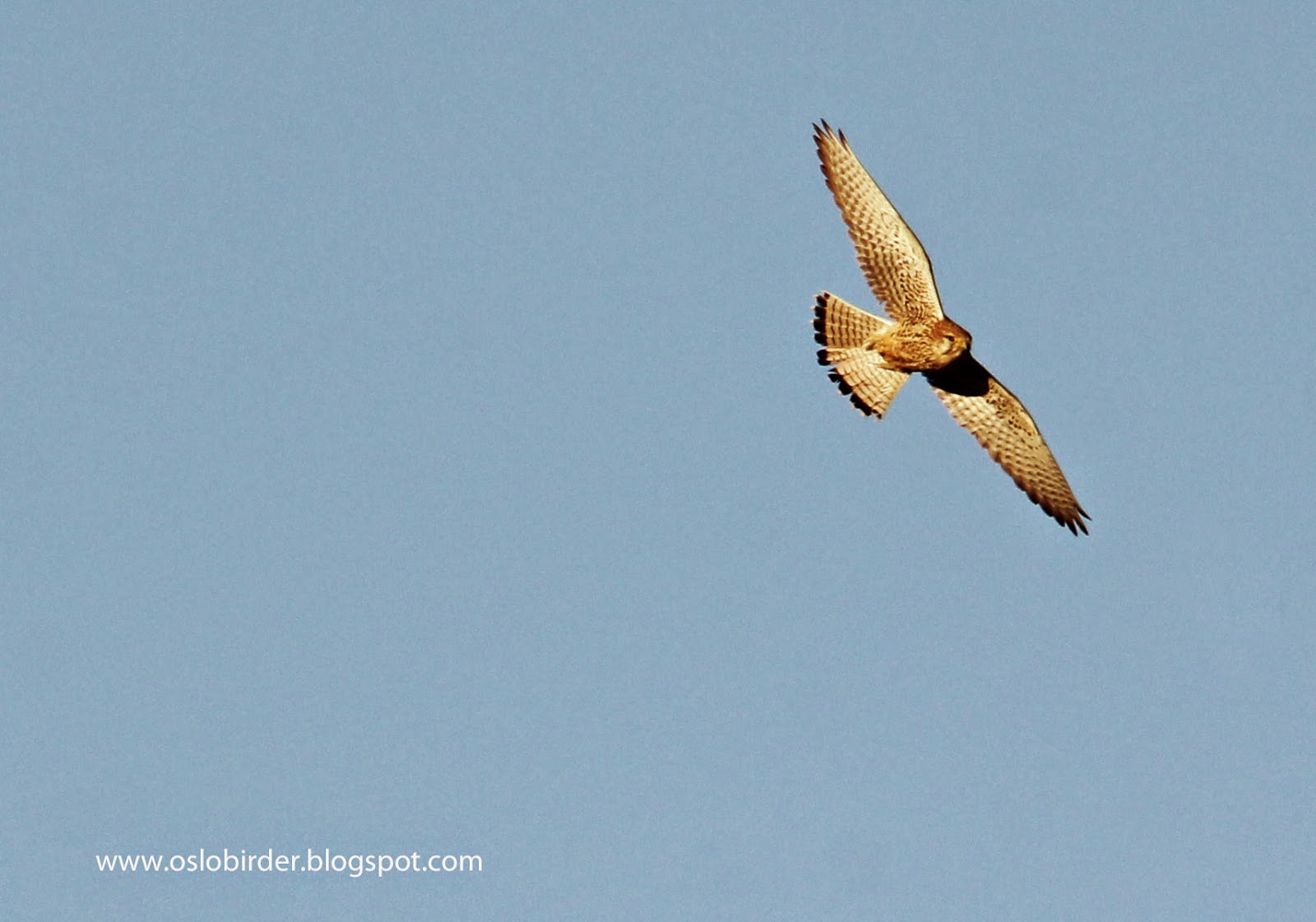 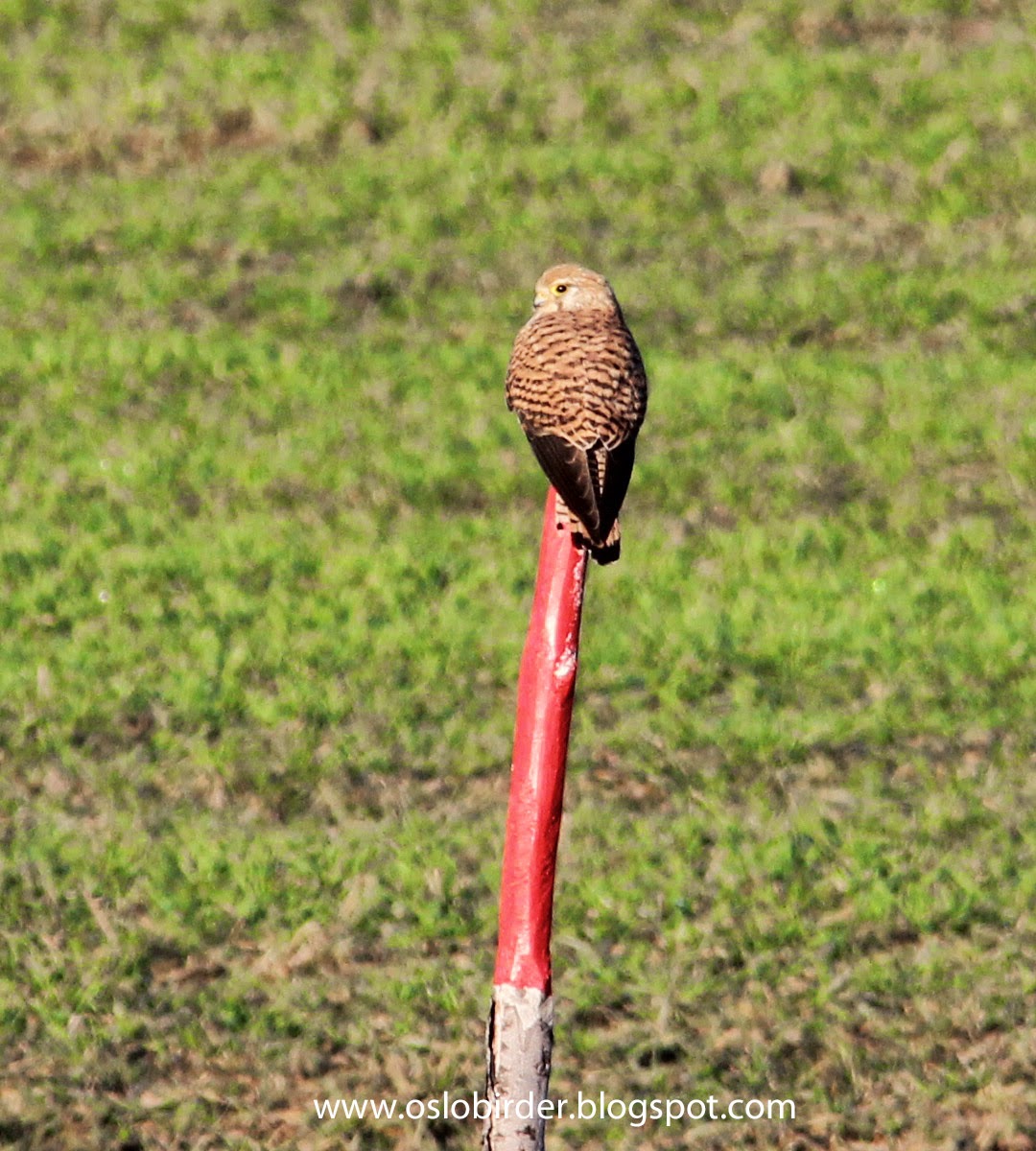 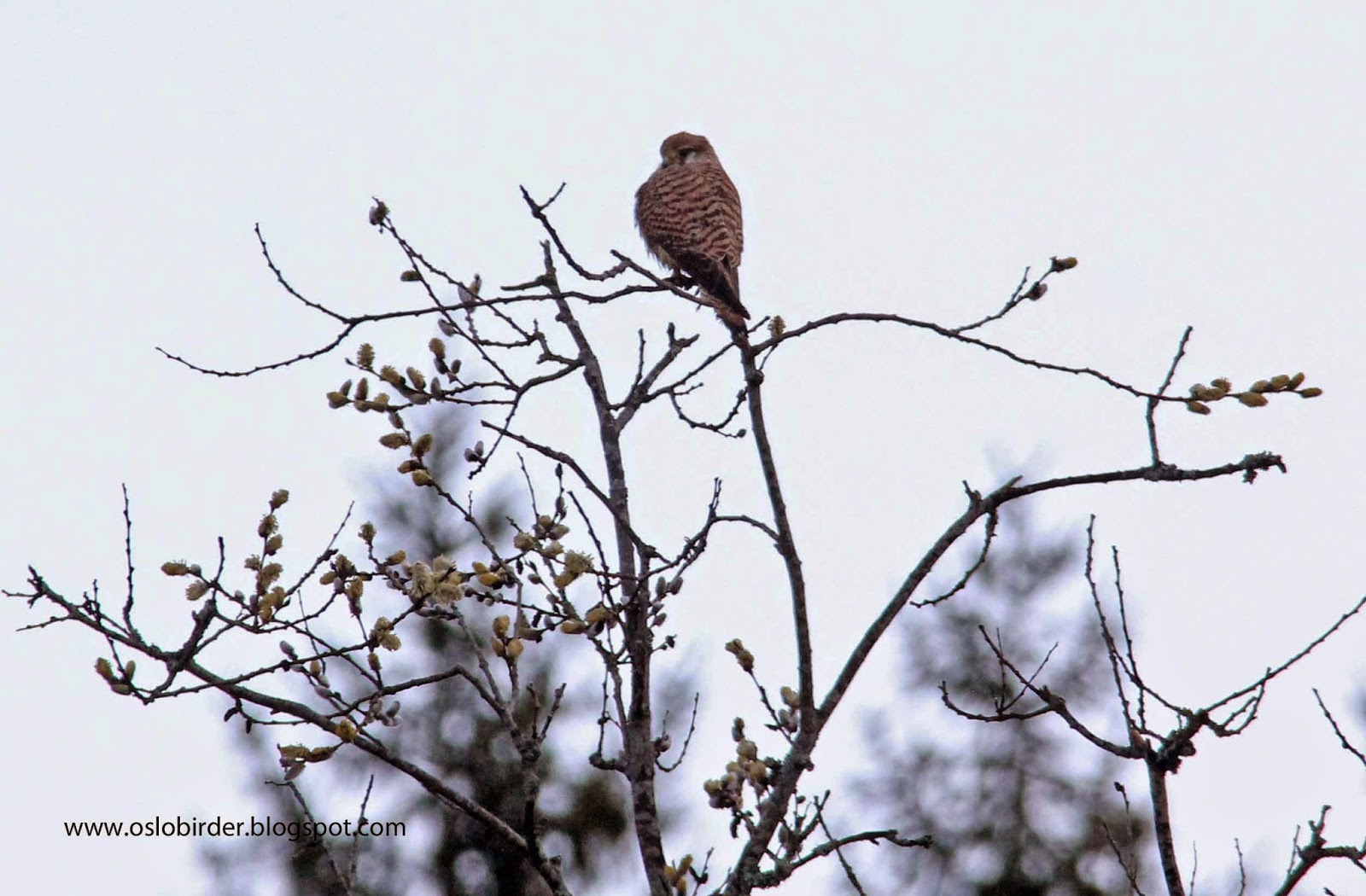