Maridalen in the snow in mid-April

Forecast precipitation this morning had me again hoping for an exciting day. The precipitation turned out to be snow though and it was a cold and unpleasant today. Passerines were very obvious in Maridalen as they flocked to field and road edges looking for food. Robins (rødstrupe) in particular were noticeable and were most likely migrant birds forced down. A flock of 28 Pink-footed Geese (kortnebbgås) on the fields at Skjerven fall into the same category but otherwise most of the birds were probably the same as the last couple of days but were just more noticeable as they were forced to congregate. Four Ring Ouzels (ringtrost) were still around Kirkeby and managed a picture of them together in a tree. On the lake a couple of Black-throated Divers (storlom) were giving their evocative, mournful “song” and a pair of Red-throated Divers (smålom) were new for the year but were chased off by one of the Black-throateds. Per Buertange saw a Curlew (storspove) and I heard the call of one but unfortunately it came from a mimicking Starling (stær) which has fooled me here in previous years.


I really felt we were going to find something good today like a Shore Lark or Lapland Bunting but it wasn’t to be. The face that the weather had not brought down anything new was confirmed when I went to Svellet hoping for lots of waders. I did see 168 Curlew (storspove) but this was only 4 more than the count from yesterday. A single Merlin (dvergfalk) was today’s only raptor. Maybe a return to sunny weather tomorrow and later in the week will produce some new birds – a harrier or kite would be nice. 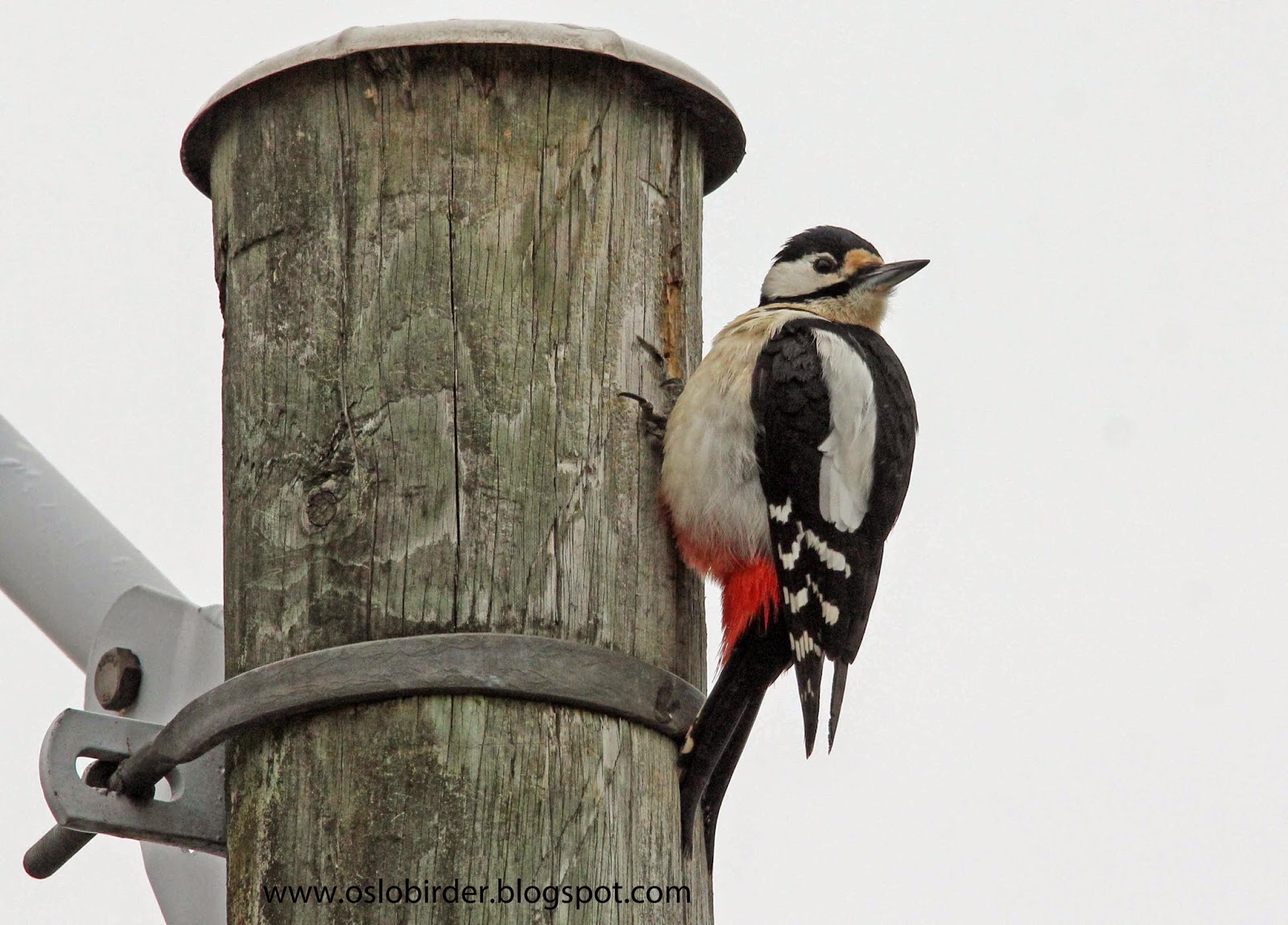