Easter is over, the kids are back at school, the car is in the garage and I was birding by bus. Fornebu was easy to get to from the garage and I started there at 0740. I quickly discovered that my memory card was still in the computer but one advantage of the "development" at Fornebu is there are shops where such things can be acquired for the exchange of money although unfortunately I had to wait until 10am for them to open. Luckily or actually unluckily there was little that did not get photographed in that time. Blue skies are never the best for birding and there was very little to see either on the deck or migrating. I used most of my time with singing Water Rail (vannrikse) which although only about 15m from gave me only 2 glimpses despite me having an elevated viewing position. It was clearly walking around underneath dead, fallen reeds of which there were a lot for it to find. This video taken with the worst mobile phone in the world (I phone 4) allows you to hear the Water Rail although not see it an it was calling from just the other side of the ditch. The good of hearing will also hear a Hawfinch that flew over and which I tried unsuccessfully to film.

I had no migrating Pink-footed Geese (kortnebbgås) today although did have three flocks of Cormorants (storskarv) all of which appeared very unsure of where they were going and spent a long time flying in circled over Oslo before eventually heading north or north west.
Stopping at Bygdøy the White-fronted Goose was still present with the Greylags and had now the company of a Pink-footed Goose also here were Canada and Barnacle Geese (hvitkinngås) – 5 goose species together in Oslo must be some sort of record?


I also had my first butterfly of the year: a Brimstone (sitronsommerfugl). 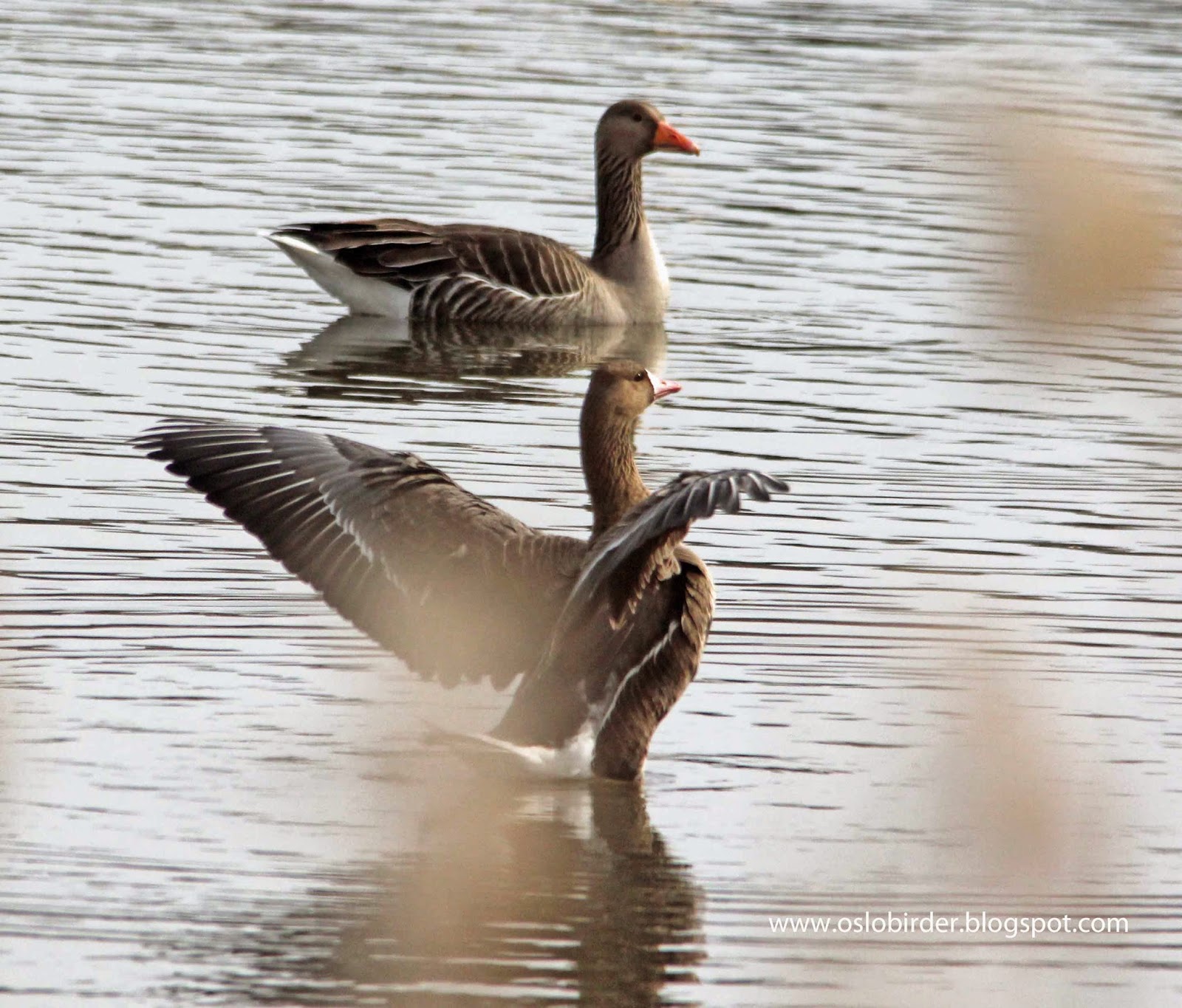 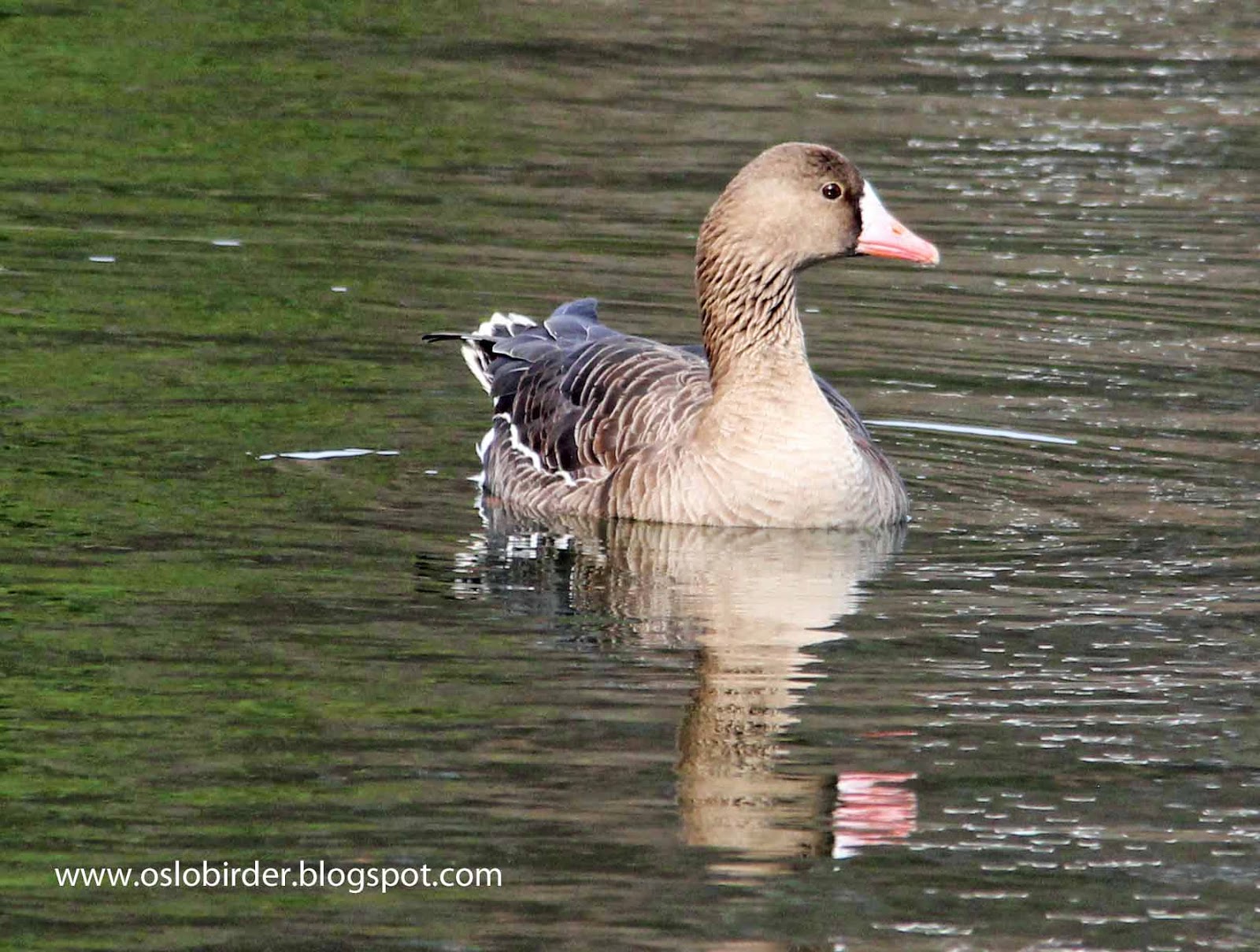 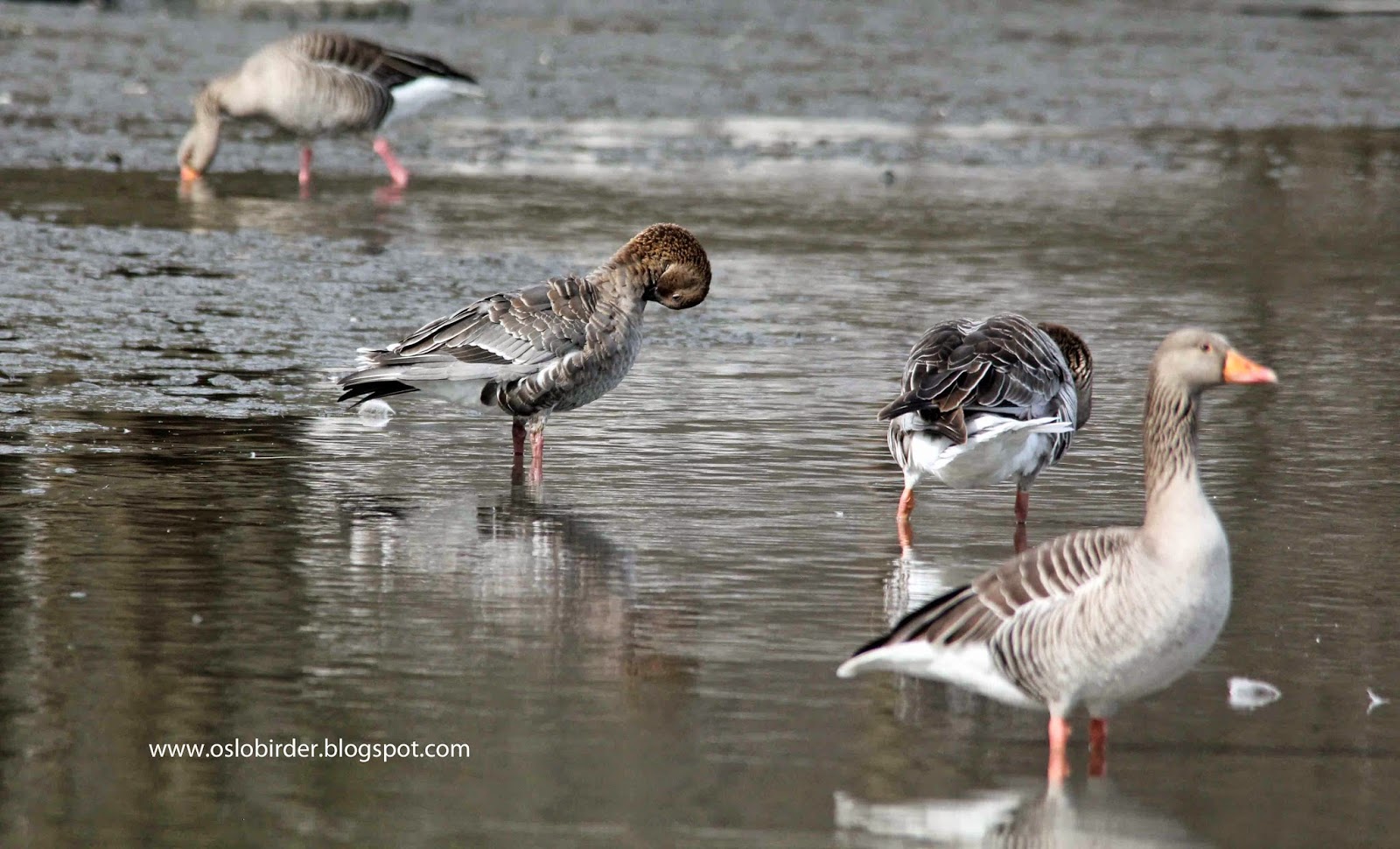