5 weeks after the winter solstice and we already have 1hr and 41 minutes more daylight than the shortest day (sunrise today was 08:42 and sunset will be 16:17). With today’s weather of no wind, blue skies and a couple of degrees below zero it also feels like spring is just around the corner and a walk around Maridalen revealed many avian signs of spring. Great Spotted Woodpeckers (flaggspett) which like the other members of their genus become very unobtrusive in late autumn and early winter were now very obvious and out of around 10 birds I had 5 were drumming. Nuthatches (spettmeis), Great Tits (kjøttmeis), Blue Tits (blåmeis) and Willow Tits (granmeis) were all singing and being territorial which of course may change if we have a severe cold spell but they were enjoying the sun whilst it shone today.


My 10km walk around Maridalen had three special targets: Pine Grosbeak (konglebit) which have been reported close to Oslo, Three-toed Woodpecker (tretåspett) and Pygmy Owl (spurveugle). I had to be content with only one of these but given that it was a bird I failed to see in Oslo at all last year I was pretty happy. I have now had two species in January which I didn’t see at all in Oslo in 2014: Little Auk (alkekonge) and today’s Pygmy Owl. The owl chose to sit on the highest tree it could find and with knee high snow I also struggled to get closer to it so my photographic efforts were poor but I was able to hear it singing after a bit of encouragement from me.


I also had a couple of Long-tailed Tits (stjertmeis) in fantastic light which gave me some good photos and a couple of flocks of Yellowhammers (gulspurv) and 3 Moose which are the first I‘ve seen so far this winter.

In the garden the number of Blackbirds was significantly reduced with only a maximum of 4 at a time. 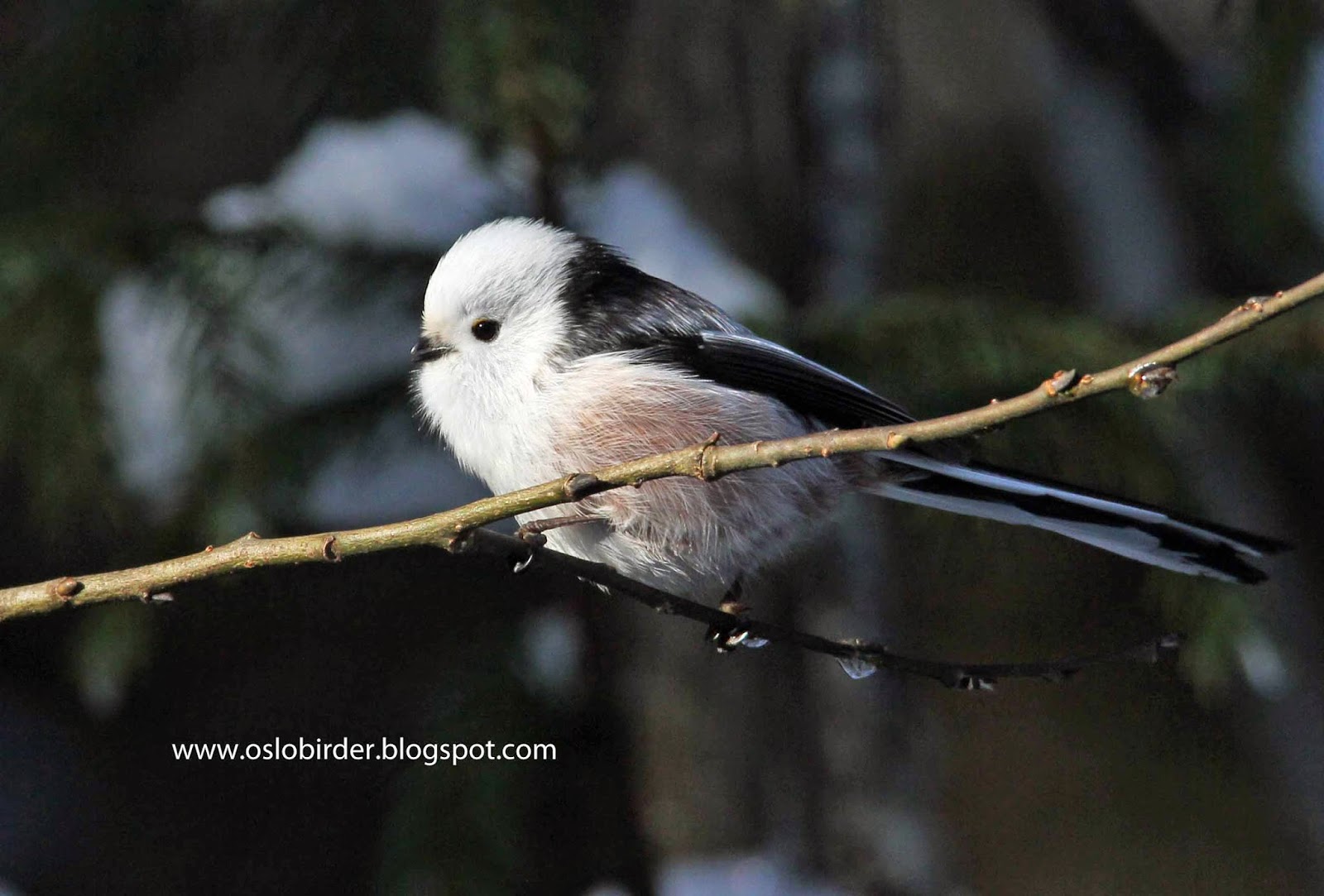 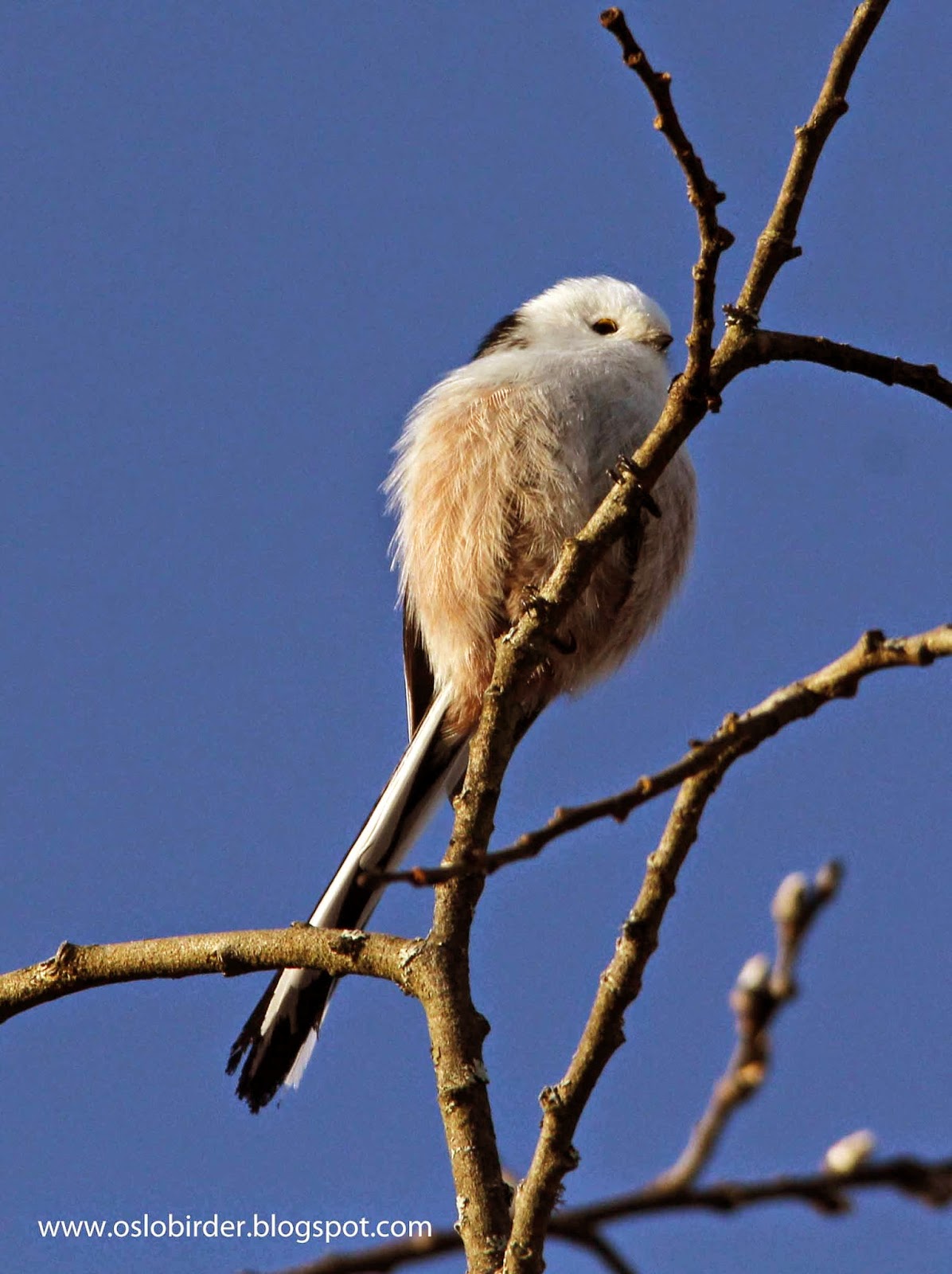 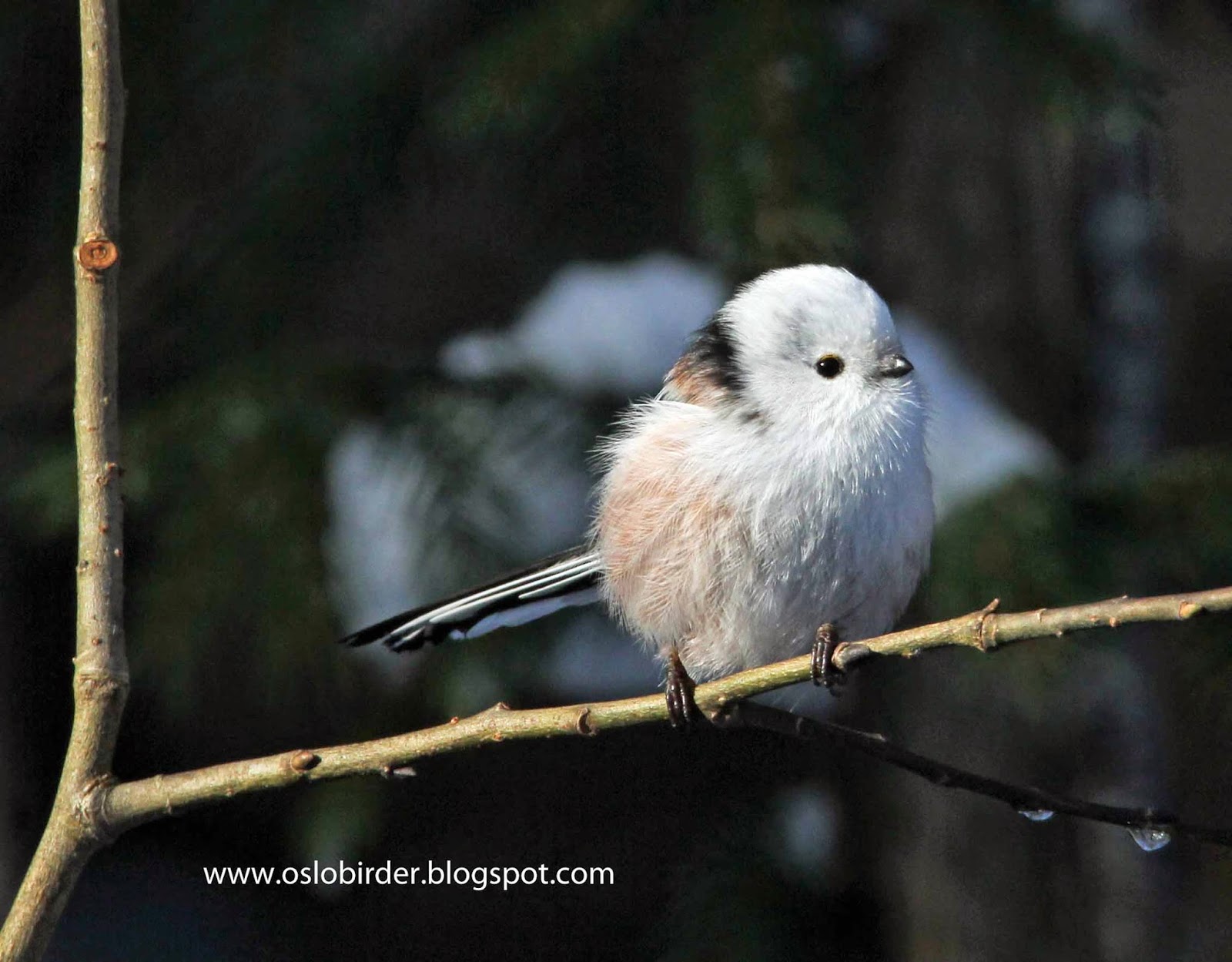 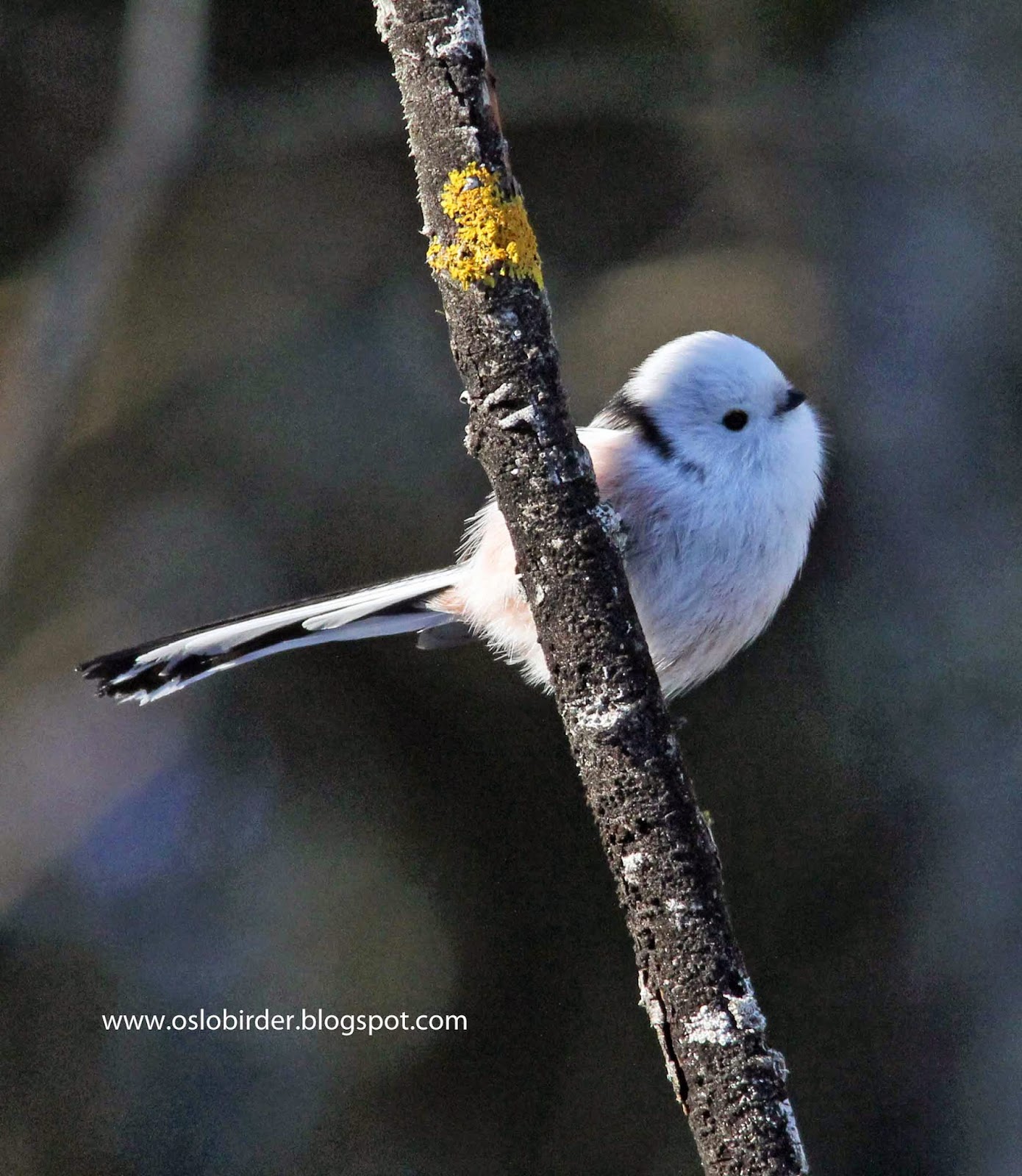 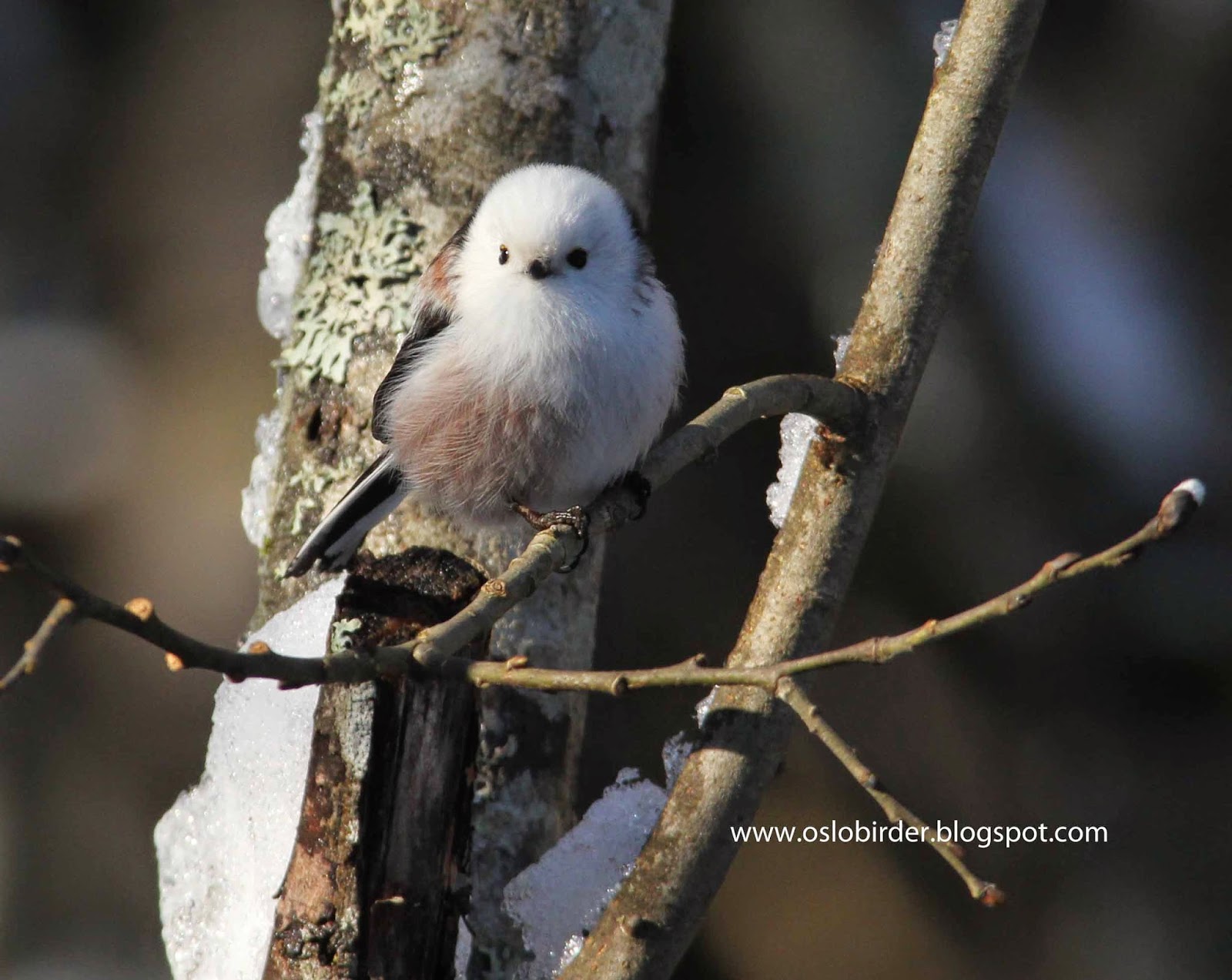 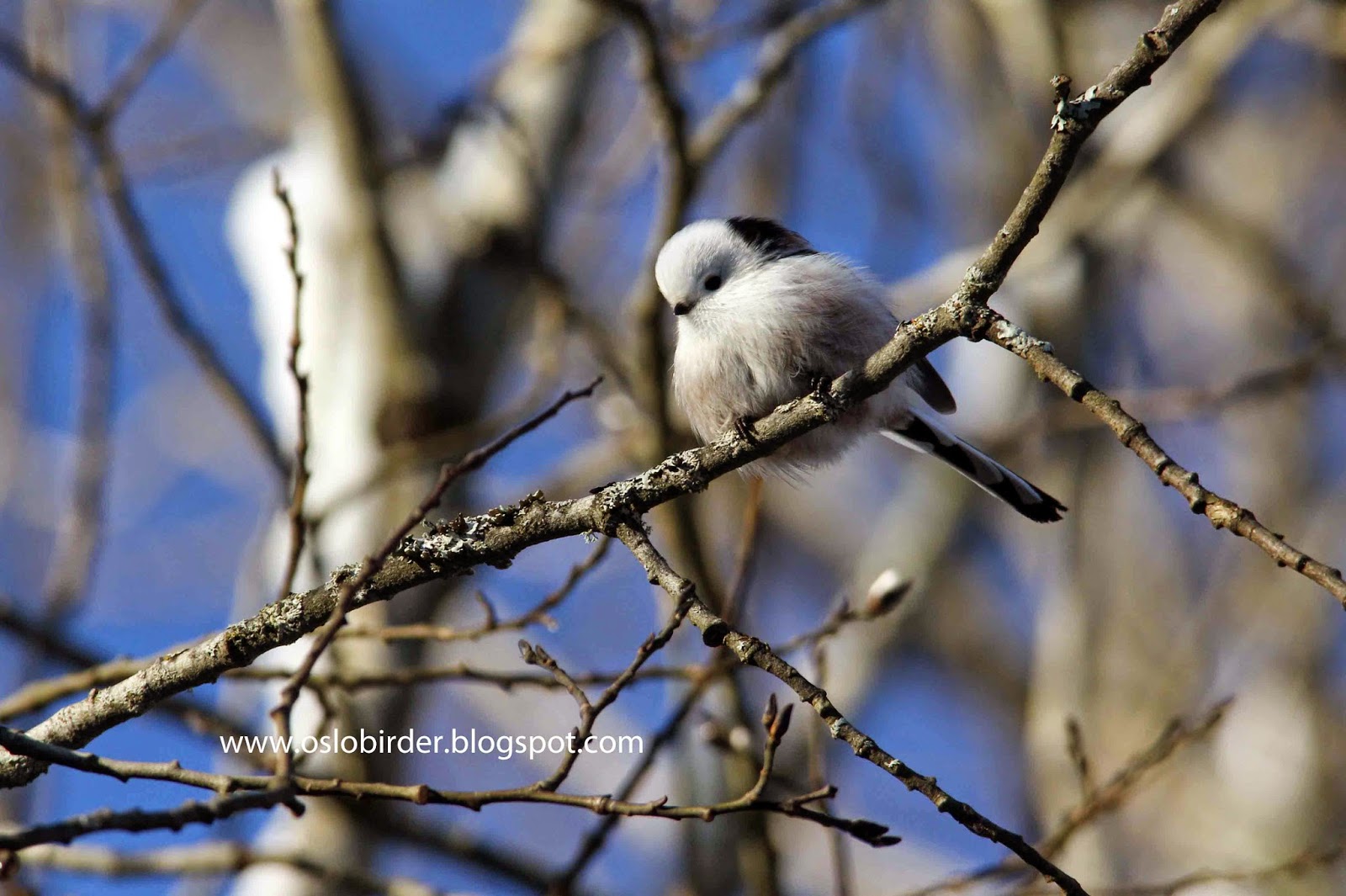