The festive season is well and truly over, the diet and healthy living has begun, the kids are back at school and the birding games can recommence.


I started by paying a visit to the Caspian Gull (kaspimåke). When I arrived on site I soon realised that I had not dressed for the occasion and after noting that it was not among the 50 or so Herring Gulls (gråmåke)sitting on the ice I retired to the slightly warmer car and kept my eye on any new gulls arriving. It took a while for anything interesting to turn up but after 45 minutes a large, pale gull flew in. It wasn’t the 1st winter Glaucous (polarmåke) that I had originally hoped for but was in fact a very good candidate for a genuine Glaucous x Herring hybrid rather than one of the lookalike pale Herring Gulls that hatch in the Oslo Fjord. It was also ringed with a metal ring and the ring said Moscow! I didn’t manage to read off the whole number but Sindre M. managed to later so it will be interesting to see what info comes back about this bird.


While watching this bird a startling black and white tail band flew into view and the Caspian had arrived. In flight it was incredibly obvious as it also was on the deck and when birds are in this plumage then they are relatively straightforward. The Caspo initially sat at the back of the gulls but eventually came much closer. Just as I settled down though to take some photos a young Goshawk (hønsehauk) sent all the gulls up in the air and during the course of the next hour none returned to the lake.


With me losing feeling in my toes I needed to get the car warm so drove into Oslo. The Botanical Gardens failed again to give my any 2BCs but I had a great encounter with the resident Long-tailed Tit (stjertmeis) flock drinking and bathing in a couple of areas of open water on an otherwise frozen stream. Here a video of the usual handheld quality but it isn't often one gets to video this species.

Heading to the area around the Oslo I was “excited” to see hundreds of gulls and set about grilling them with what some anticipation. I soon found a pale gull which on closer vies showed itself to be exactly the same ringed Glaucous hybrid from earlier which I had last seen 1hr 55 minutes previously 12.5km away. This area is clearly a major loafing area for all the gulls in the Oslo area so checking here in the evenings before the birds go off to roost on the fjord should also produce the Caspo. 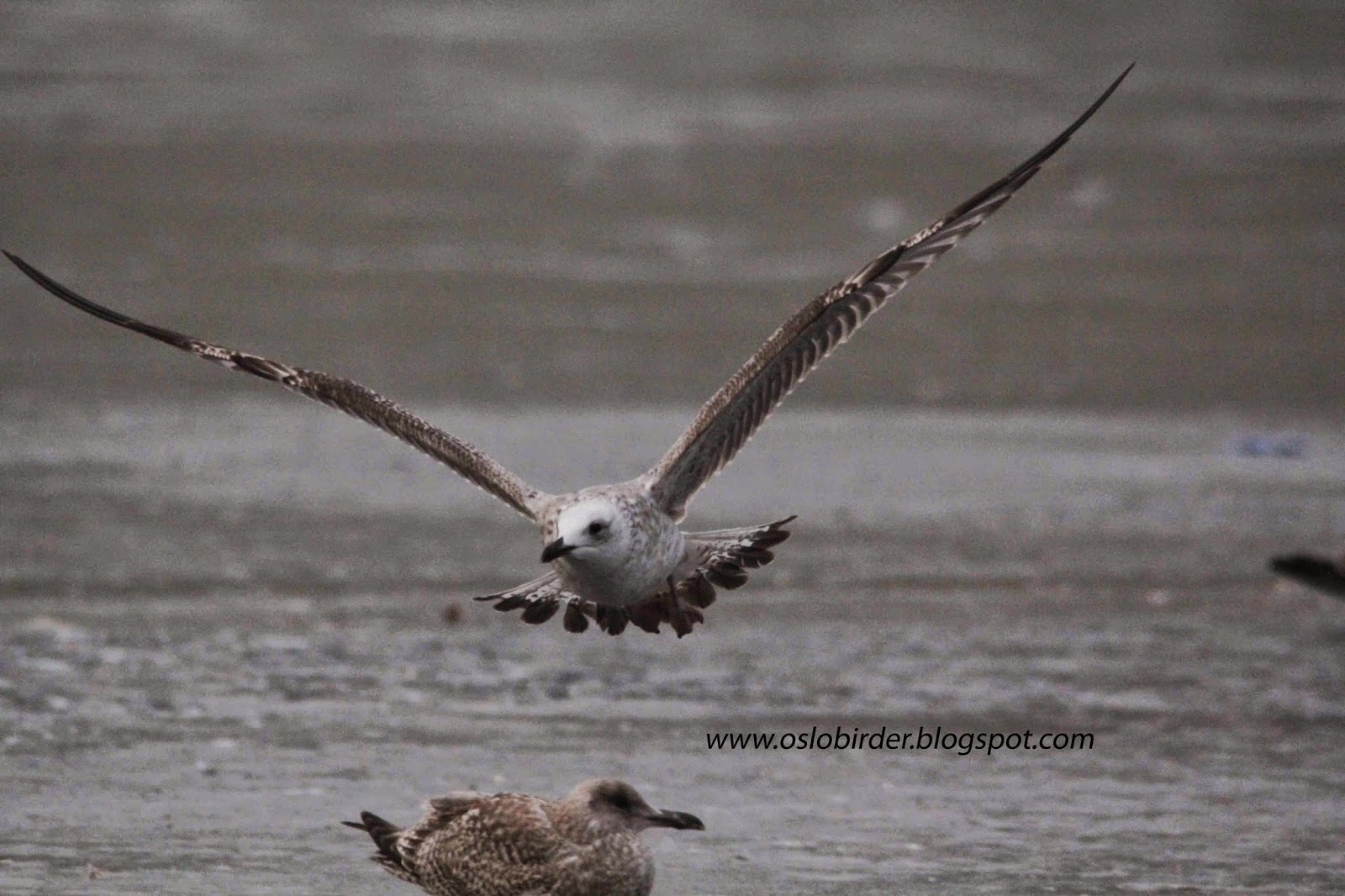 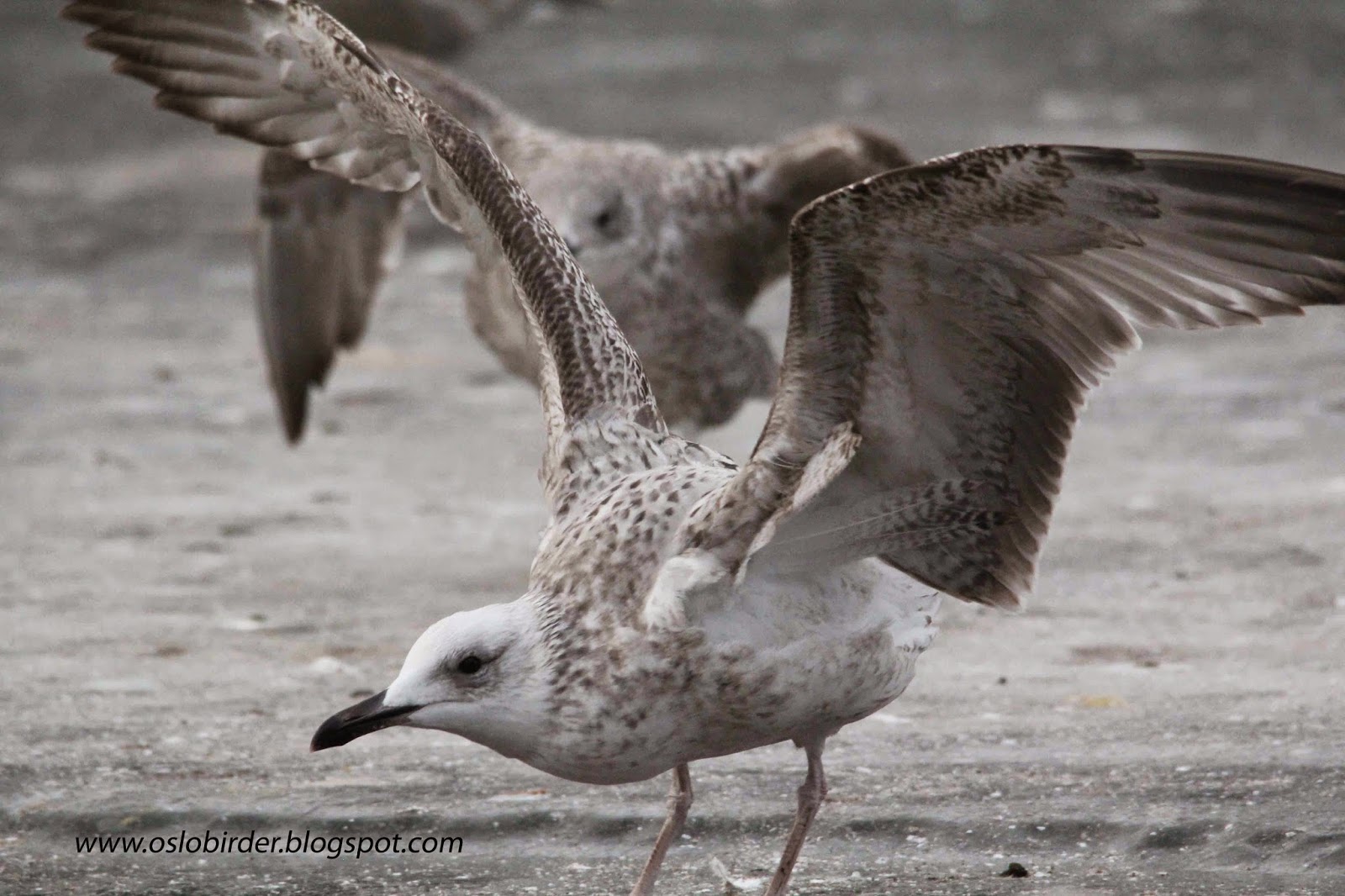 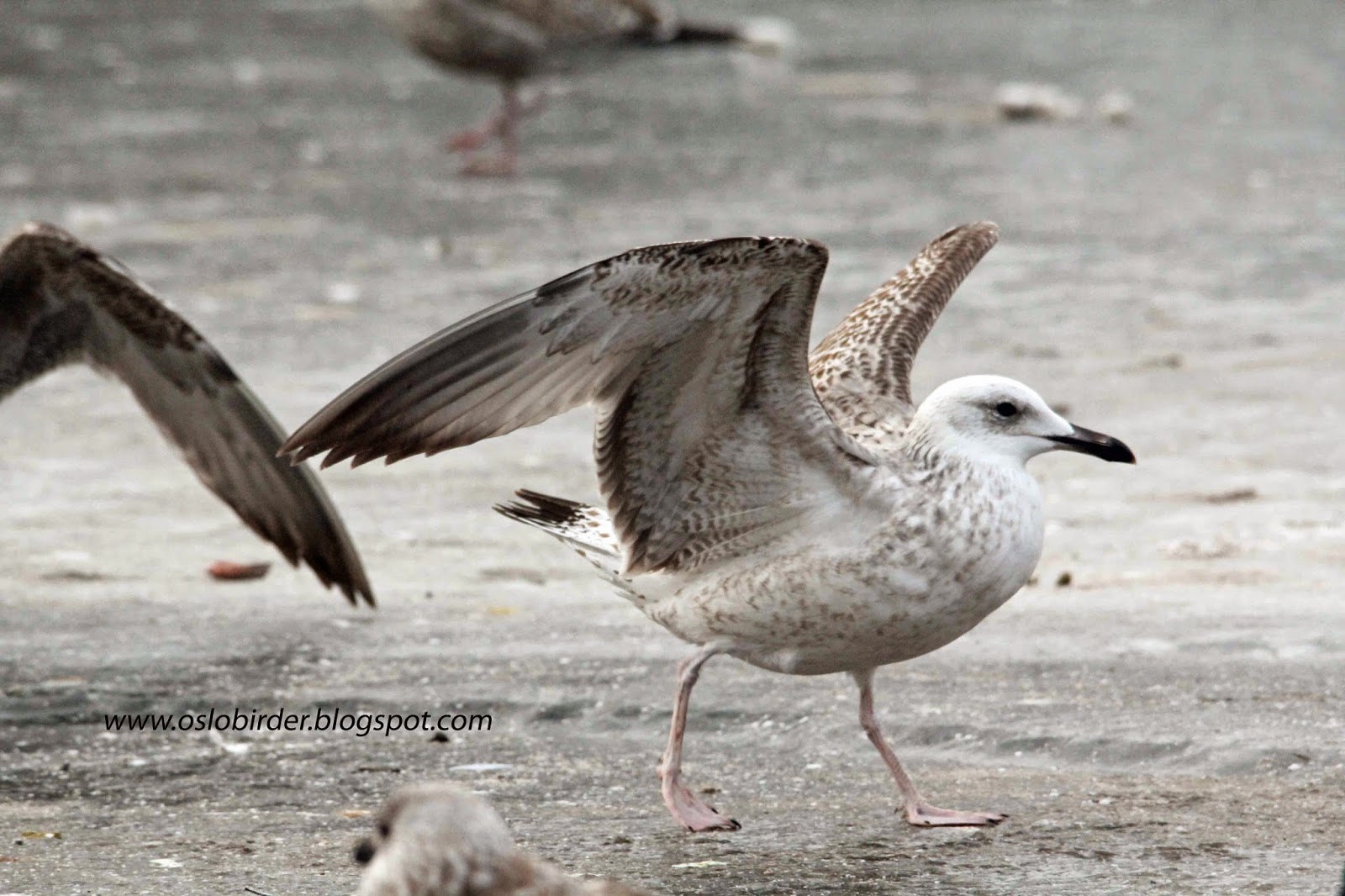 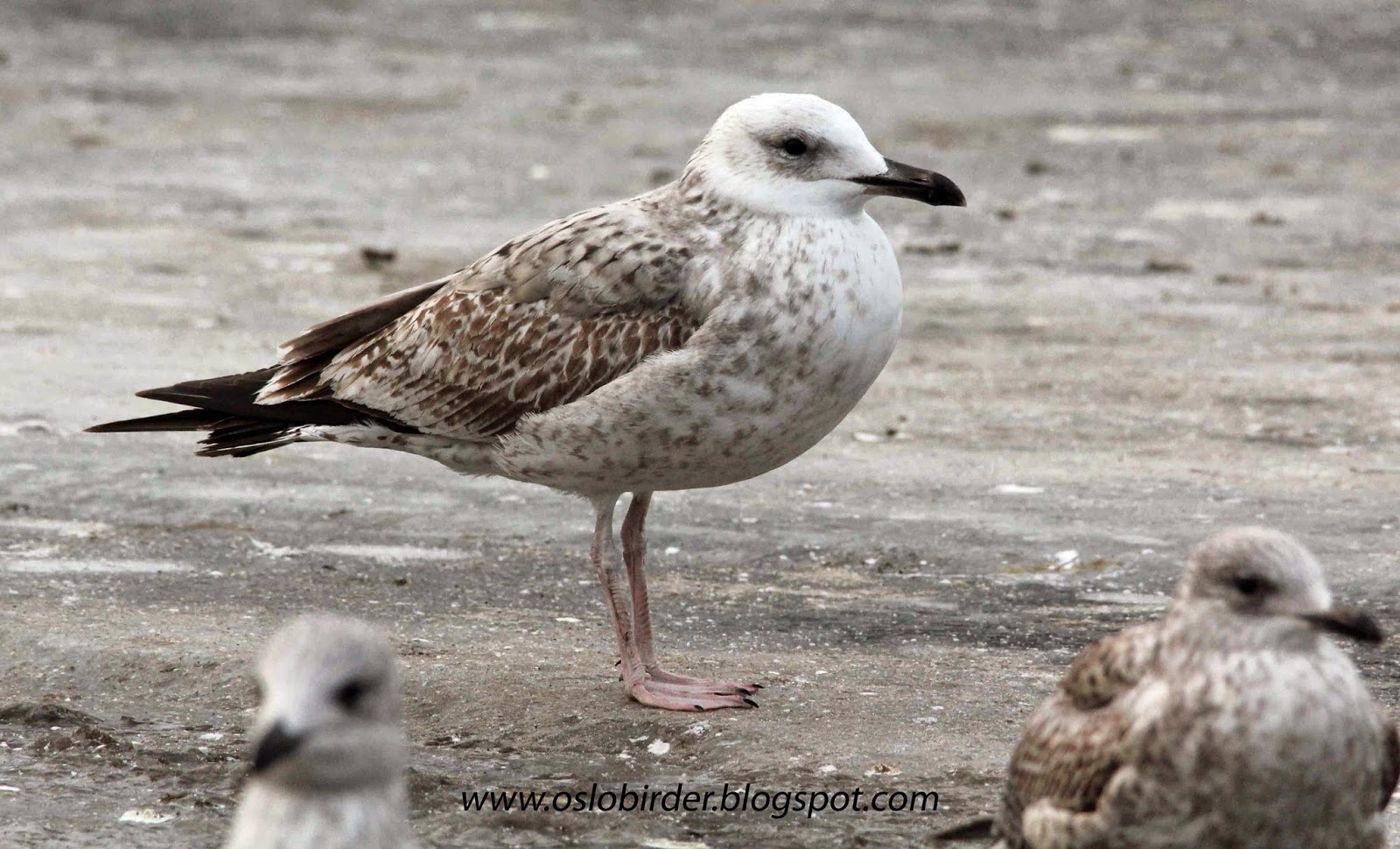 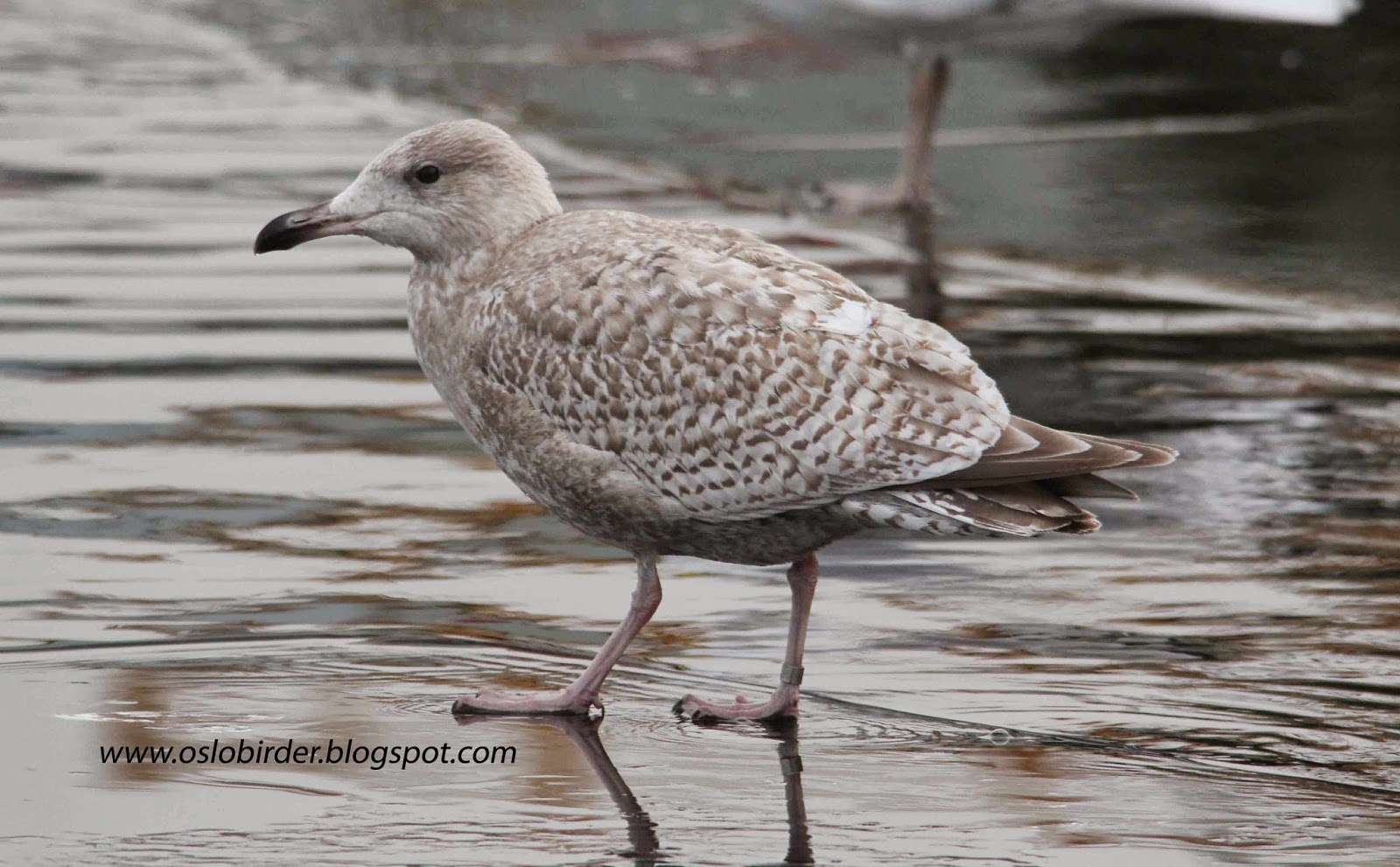 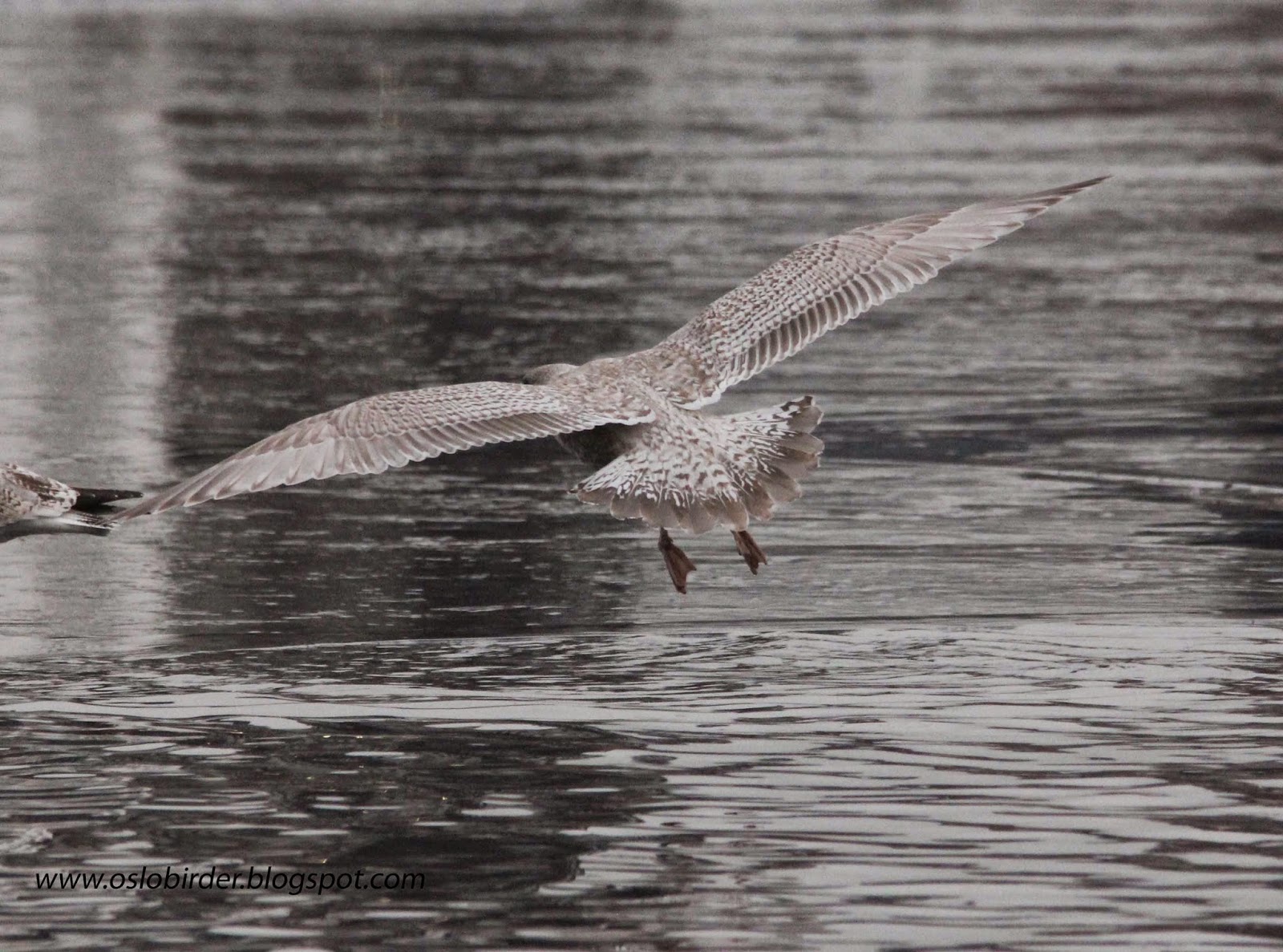 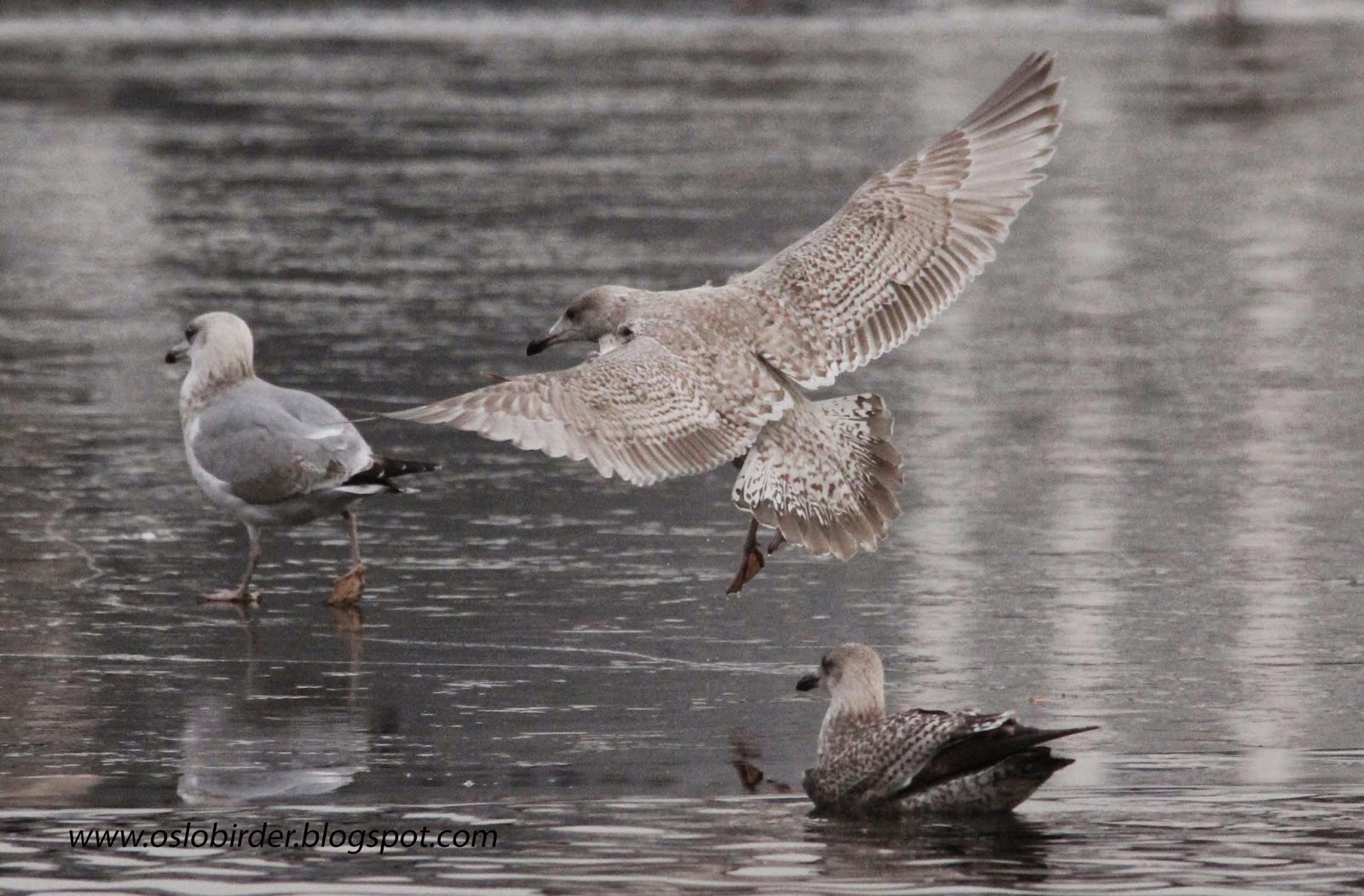 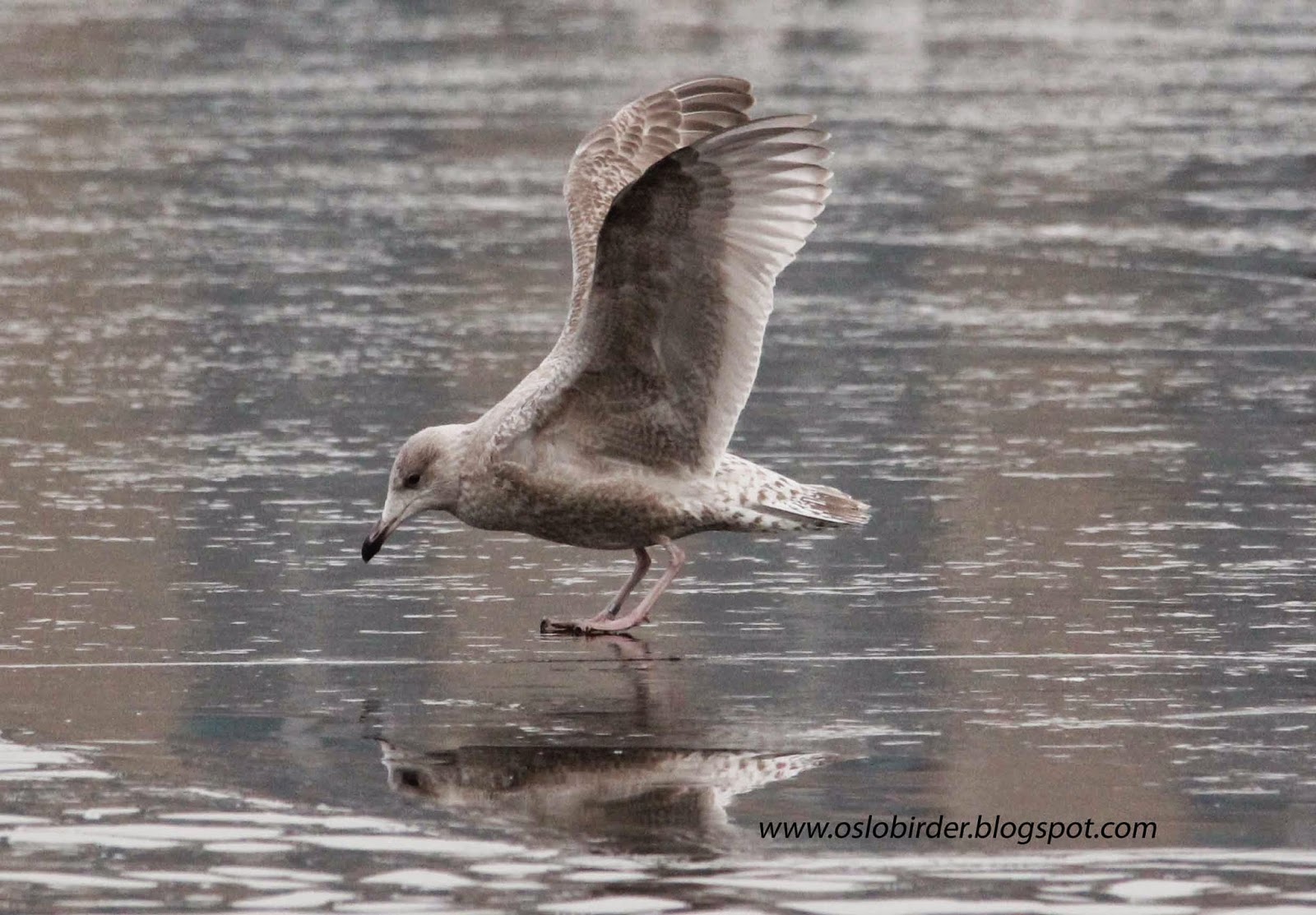