I had plans to “do” Oslo by public transport and foot today but in the end it was a lot of foot and just a little public transport. I walked at least 15km and felt that I deserved a good result which I did in fact get although not a bird.


My route took me via the little park at Marienlyst which held a Med Gull a couple of winters ago. No Med Gull but this park continues to hold the vast majority of Oslo’s over-wintering Common Gulls (fiskemåke) with over 100 present. There was just a single Herring Gull (gråmåke) here plus 3 B-h Gulls (hettemåke). Elsewhere in town it is nearly only Herring Gulls one encounters but for some reason this park has monopolised Common Gulls but excluded the Herrings. The reason the park is popular is that a string of old ladies feed the birds here which also explains the 8 Collared Doves (tyrkerdue) and over 100 House Sparrows (gråspurv).


In Frognerparken there were 5 wintering Teal (krikkand) plus 2 adult Grey Herons (gråhegre) feeding in the stream. I reached the fjord at Frognerkilen and then walked the waterfront all the way to the Opera. I was hoping for a rare gull, some auks or a diver or grebe. Well none of that happened – it was depressingly quite. At Aker Brygge (very downtown Oslo) I walked up to the waters edge to scan hoping for a Little Auk and nearly straightaway heard the snort of a breathing cetacean. Looking down there was a dolphin less than 10 metres from me!! I realised that a couple of other people standing nearby were already watching it and it amazingly stayed in the same small area for the next 40 minutes I was there. It would be under for around three minutes before coming up to breathe when it would break the surface between 3 and 5 times before diving again. A couple of times it rolled onto its side but there were no acrobatics to witness. A Bottle-nosed Dolphin (tumler) has been reported every now again in the Inner Oslofjord since May and has been filmed by others see here including it jumping and here from the same location on Christmas day and I was sure this had to be the same animal but was it really a Bottle-nose I was watching? It did not resemble the Bottle-noses I’ve seen in dolphinariums or on TV but after studying my pictures I can see that it is and it was just very hard to see the head properly as it never really held its head out of the water. Filming it was also difficult as I never knew where it would come up and it was up so briefly each time. It was also so close that it was difficult getting a wide field of view.
My video where you can here the dolphin snorting and me sniffing. The bells are from the Oslo Town Hall at noon: 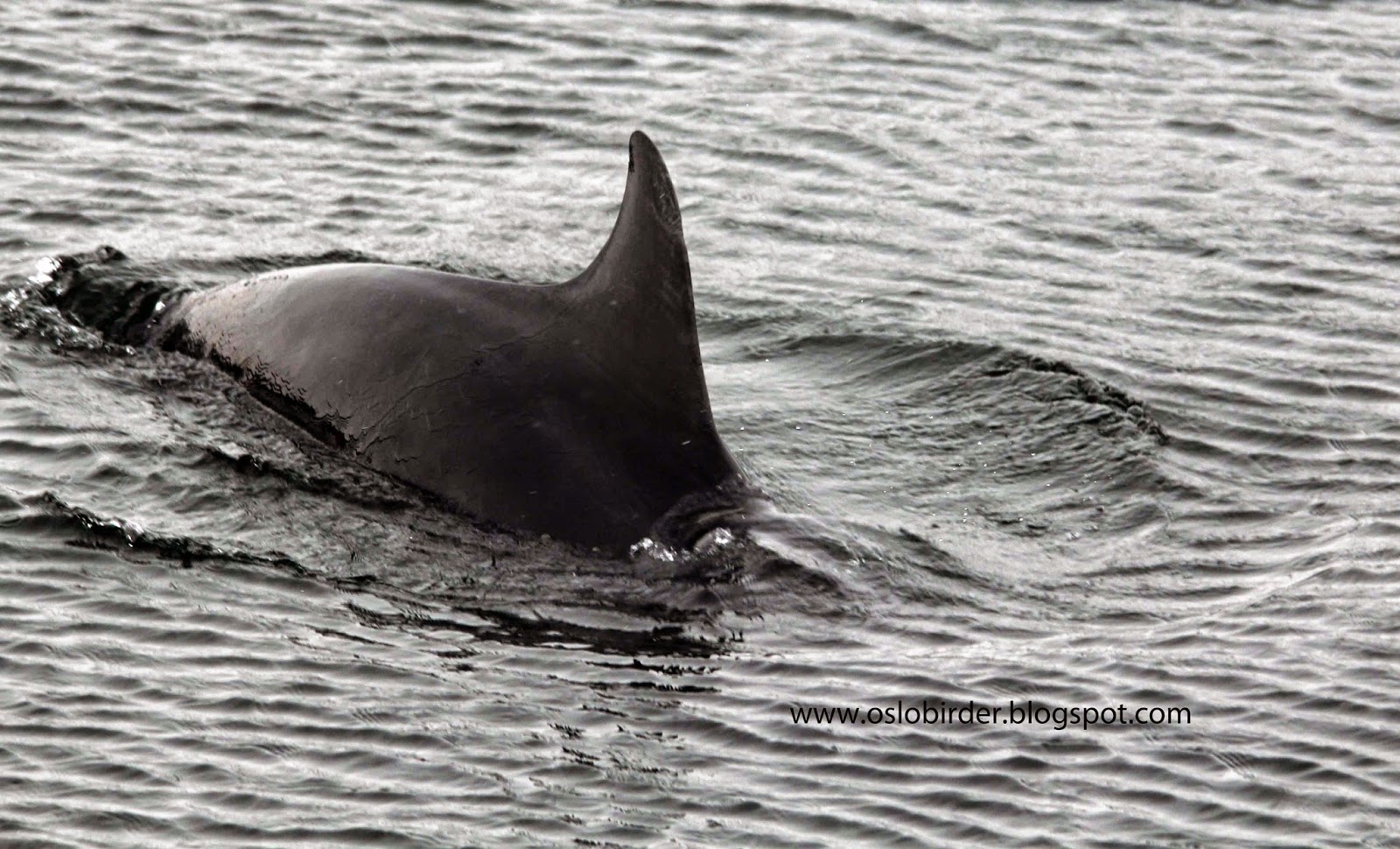 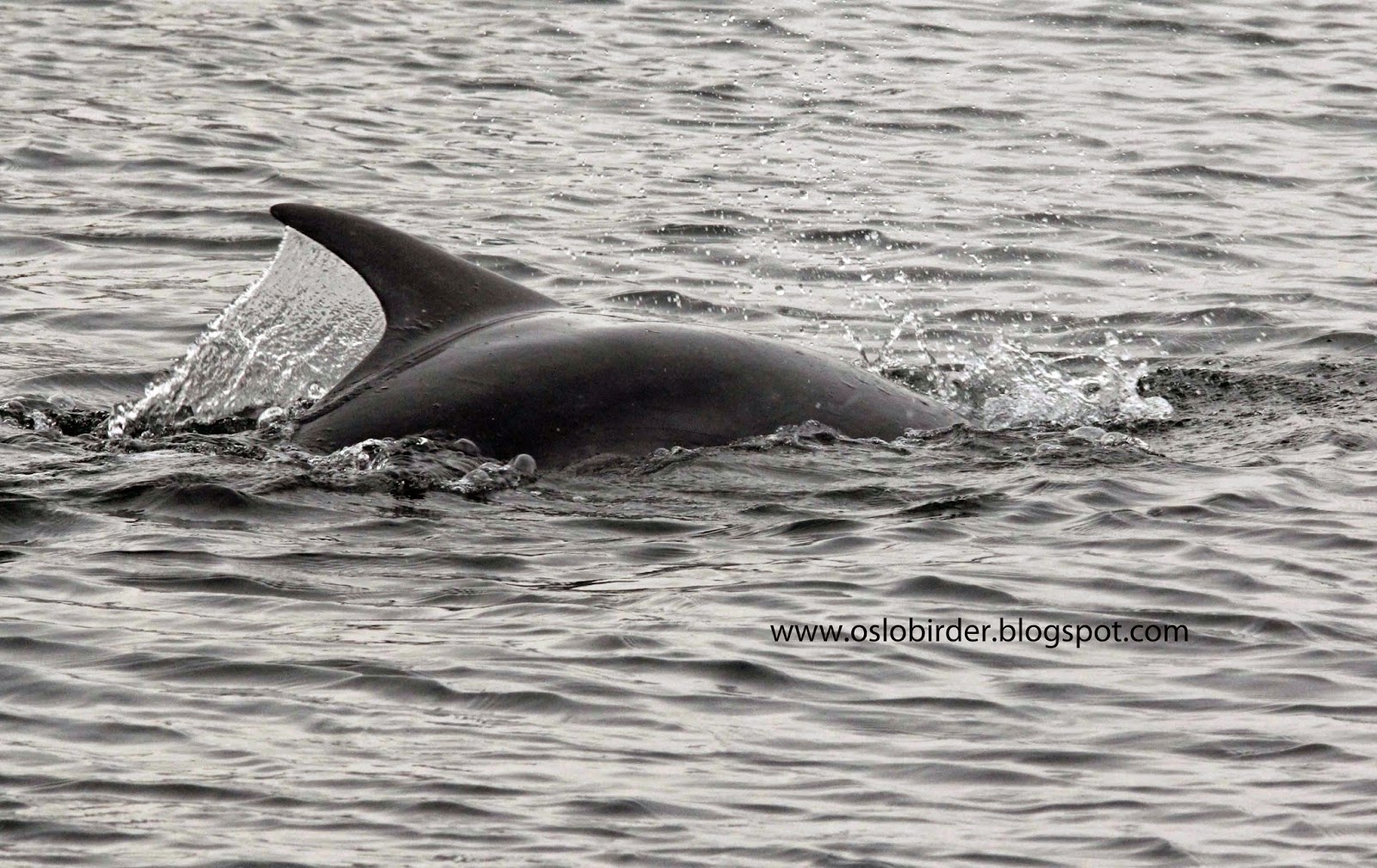 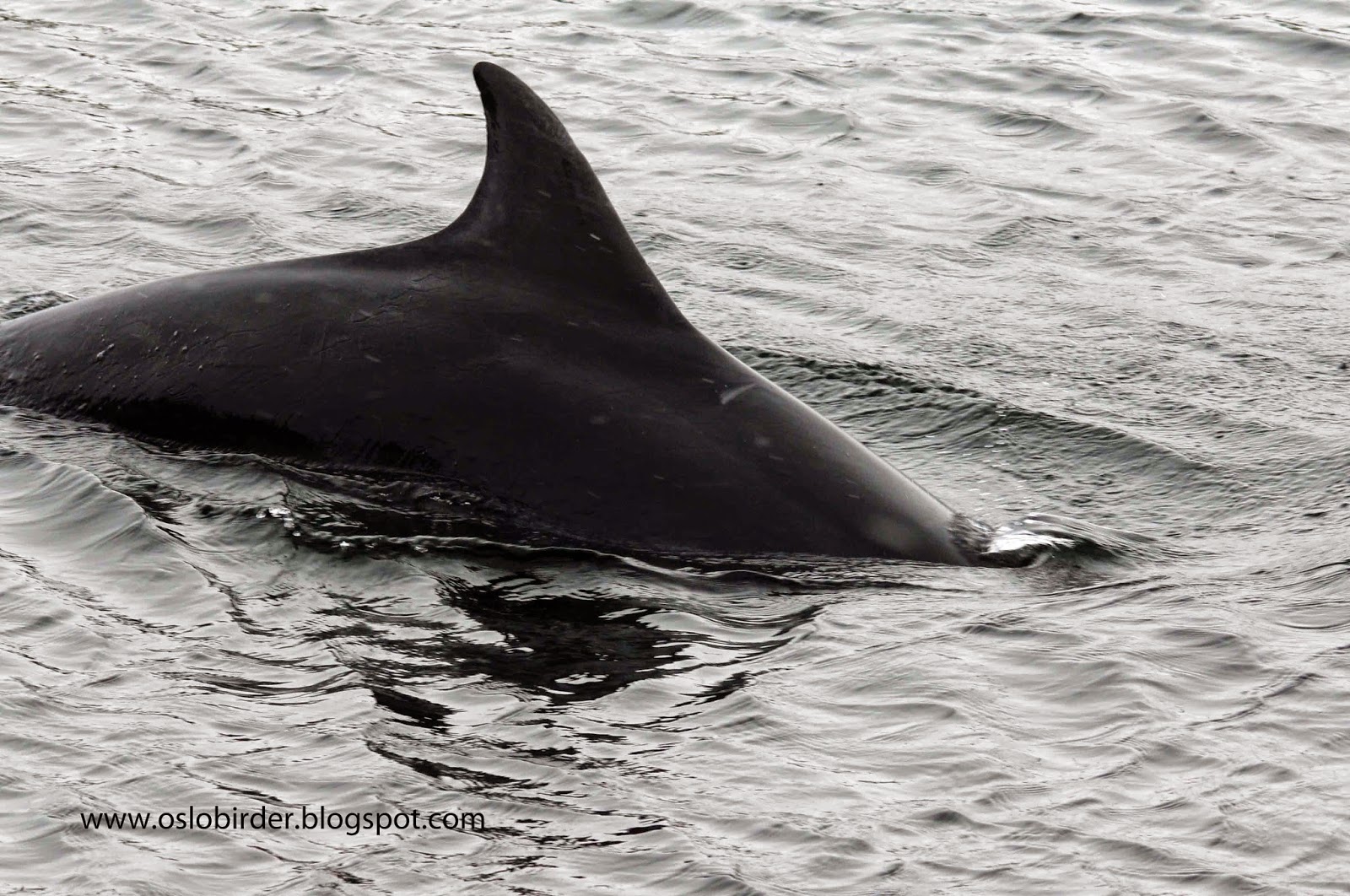 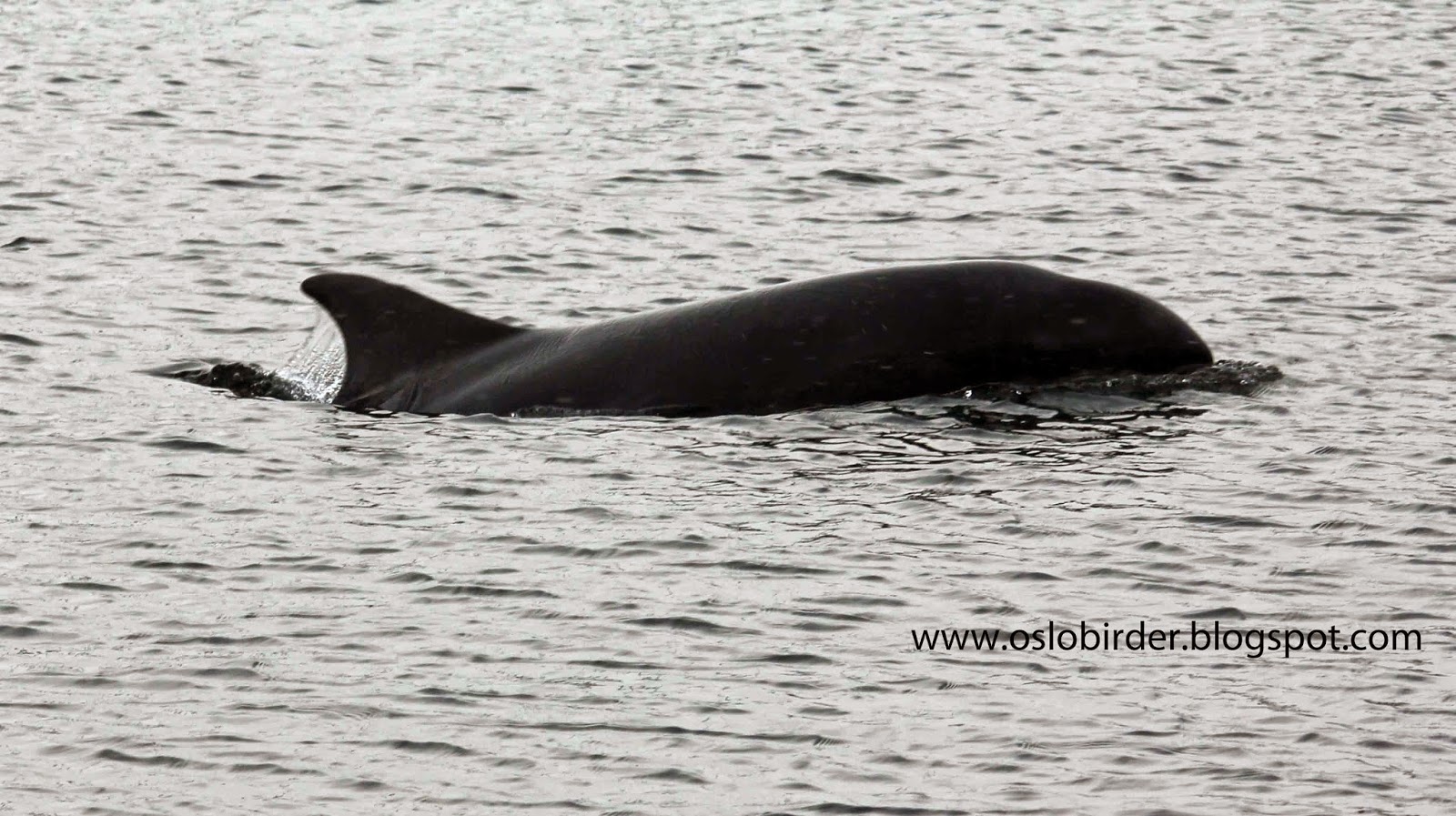