I was guiding Neil from London today and we managed to catch up with a good selection of Oslo’s more special breeding birds. Starting at Fornebu a male Red-backed Shrike (tornskate) was hunting from wires whilst his mate is presumably on eggs. Marsh Warblers (myrsanger) were very obvious with three singing males, one of which was paired and three singing Reed Warblers (rørsanger) provided a good comparison of songs. A pair of Little Ringed Plovers (dverglo) that transformed into a pair of Ringed Plovers (sandlo) provided me with a bit of a headache until we saw there were pairs of both species in the same place! Icterine (gulsanger) and Garden Warblers (hagesanger) also sang here.

Moving up to Sørkedalen the male Red-breasted Flycatcher (dvergfluesnapper) showed briefly although is less vocal than he was when first found. Three male Common Rosefinches (rosenfink) were singing to each other in a small area and the two we managed to see were both red males and two Hawfinches (kjernebiter) flew over.

In Maridalen we had good views of a pair of Icterine Warblers, Lapwing (vipe) with young, Black-throated Divers (storlom) and also glimpsed a Goshawk (hønsehauk).

After dropping Neil off at the airport I had time to check out a site in Nittedal (the valley to the east of Maridalen) where a Blyth’s Reed Warbler (busksanger) has been singing. I didn’t expect to find it after last night’s failure (that bird has been reported in the early hours of this morning) but was pleased to hear it and then see it right by the road although it was not “it” but “them” as there was a clear pair that were chasing each other around (or most likely the male chasing and the female playing hard to get). They are in gardens and scrub/weeds in agricultural land along a ditch and must give the people living there a fantastic nocturnal concert especially as there is also a singing Marsh Warbler nearby and others have had a singing Quail (vaktel) here. Blyth’s Reed Warblers are increasing in Norway although still occur at low densities. It is therefore impressive that they find a mate. Hybridising with Marsh Warblers is known to occur but both birds today and a pair I saw last year were all Blyth’s Reed. 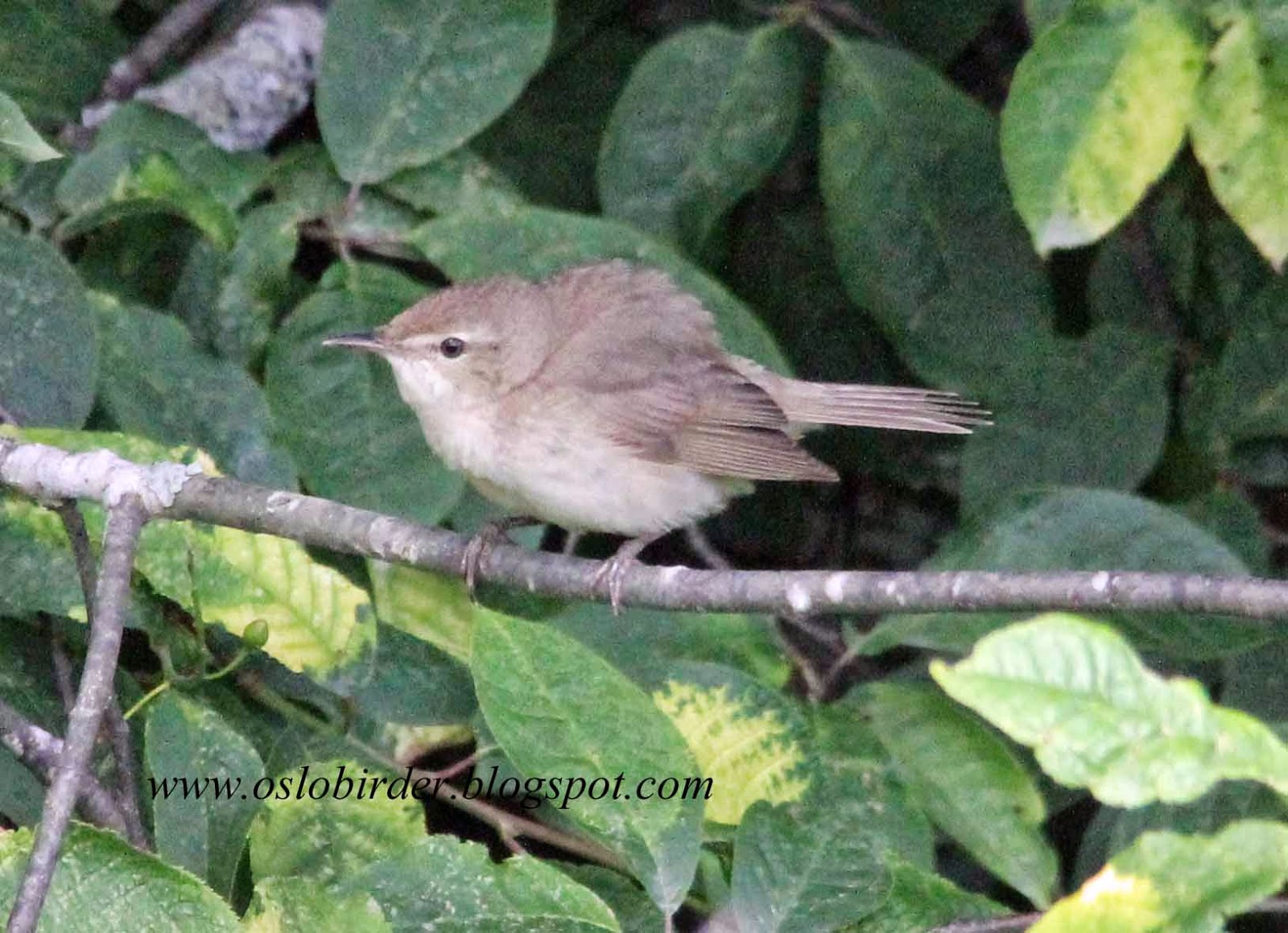