I found my lens hood and succeeded in getting better recordings and sonograms of the call of the tristis today. I’m hesitant to publish anything though as I run the risk of every post being just a new version of the previous days post......

What the heck though! It was foggy today but with the always enjoyable company of Per B nearly two hours of tristis tracking went quickly. We also had 5 Long-tailed Tits (stjertmeis) pass through so there was a bit of variety.

Once the chaffychoff called it was easy enough to locate it but it could be quiet for upto 20 minutes at a time. It was pretty active and would come quite close as it searched for insects under the snow covered dead grass.

I was able to record it at around 5metres range today and the sound is clear enough to allow my Heath Robinson method of extracting the sound track to give a recording of enough quality that my sonograms resembles those in the books.

In today’s light the bird looked much browner and greyer but to illustrate how much light and photographic effects can change the way the bird looks see this picture taken by Ketil Knudsen yesterday which assuming it is the same bird which I am sure it is shows much more green hues including in the supercillium than I have seen in the field or which come through in my pictures. 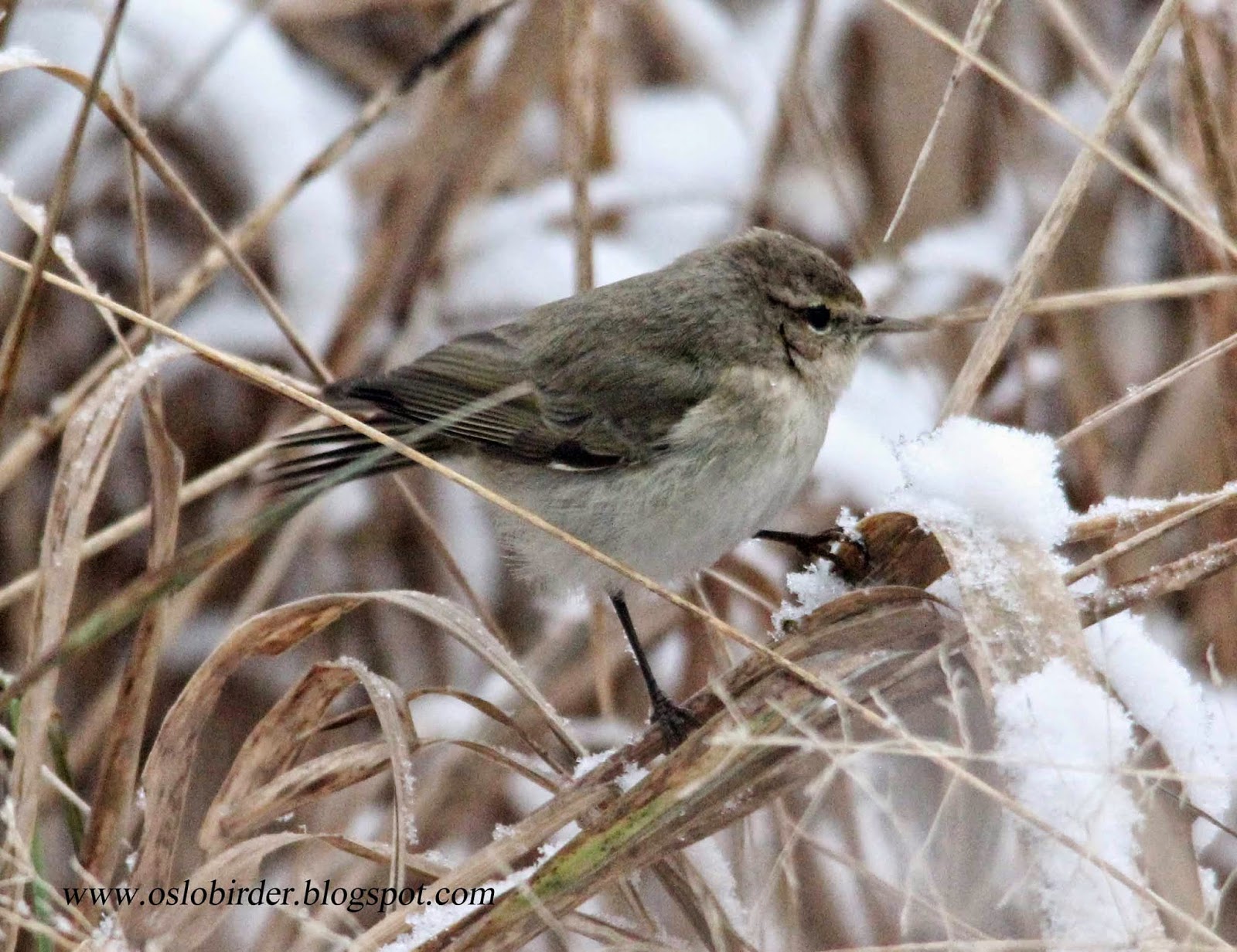 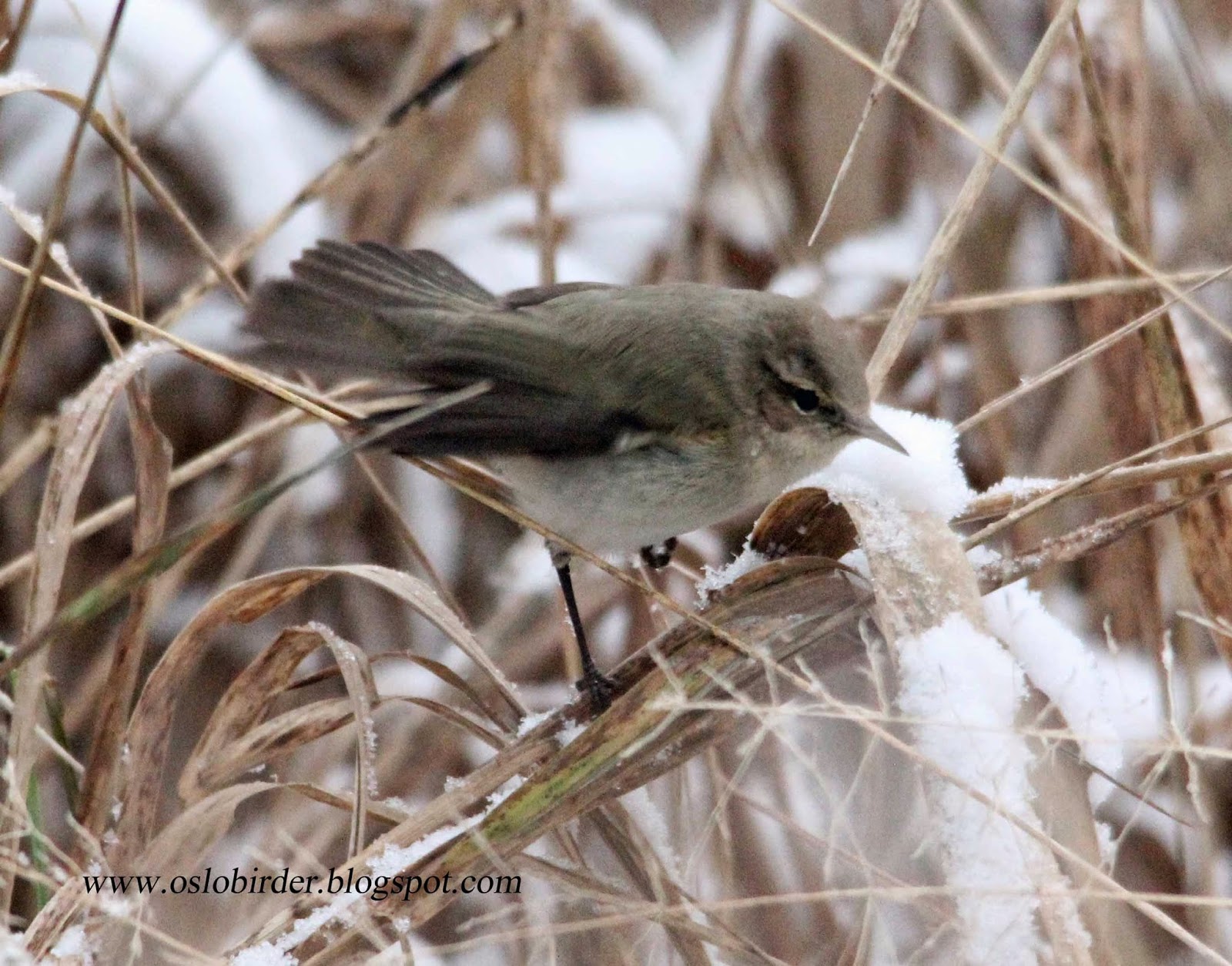 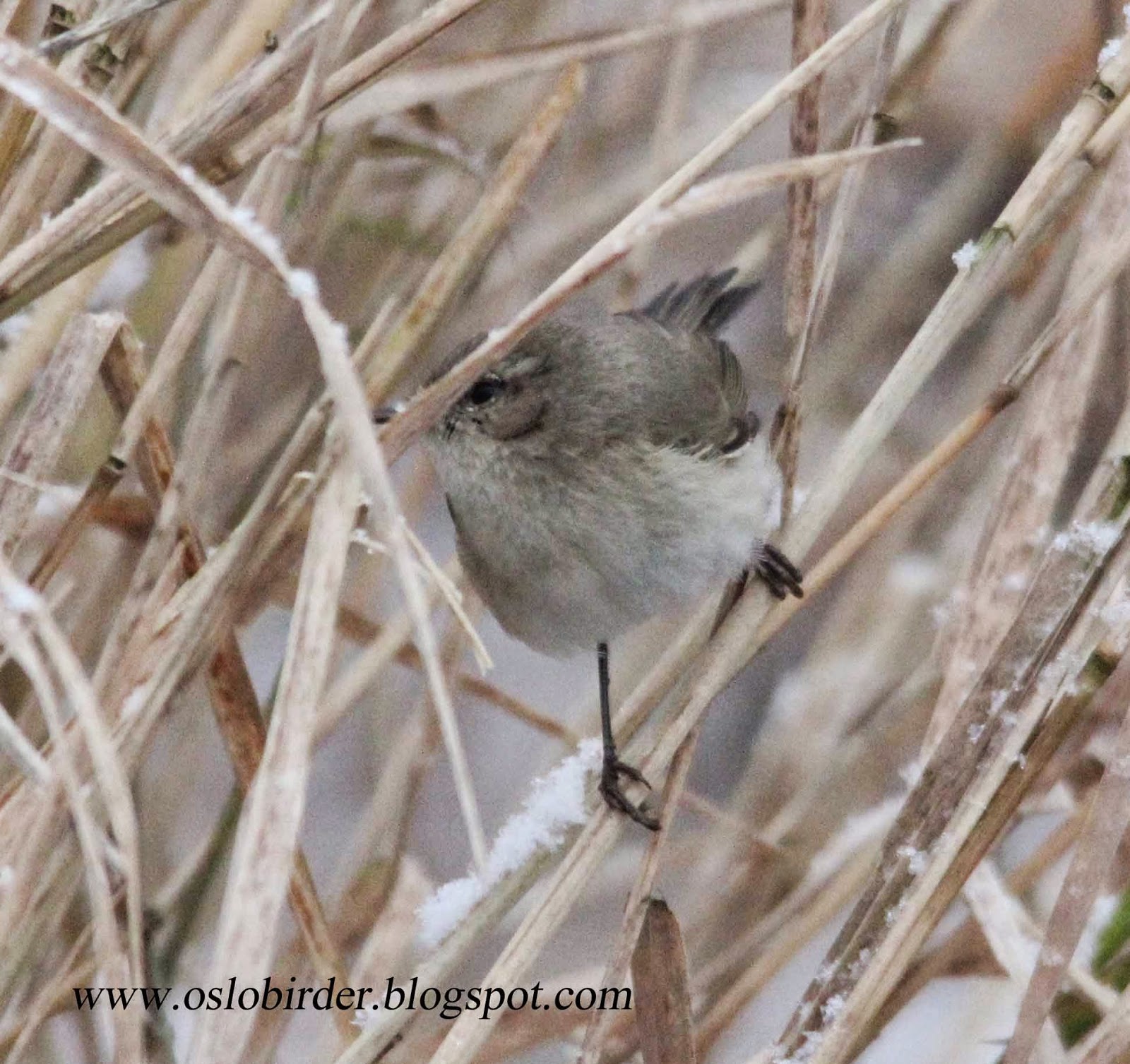 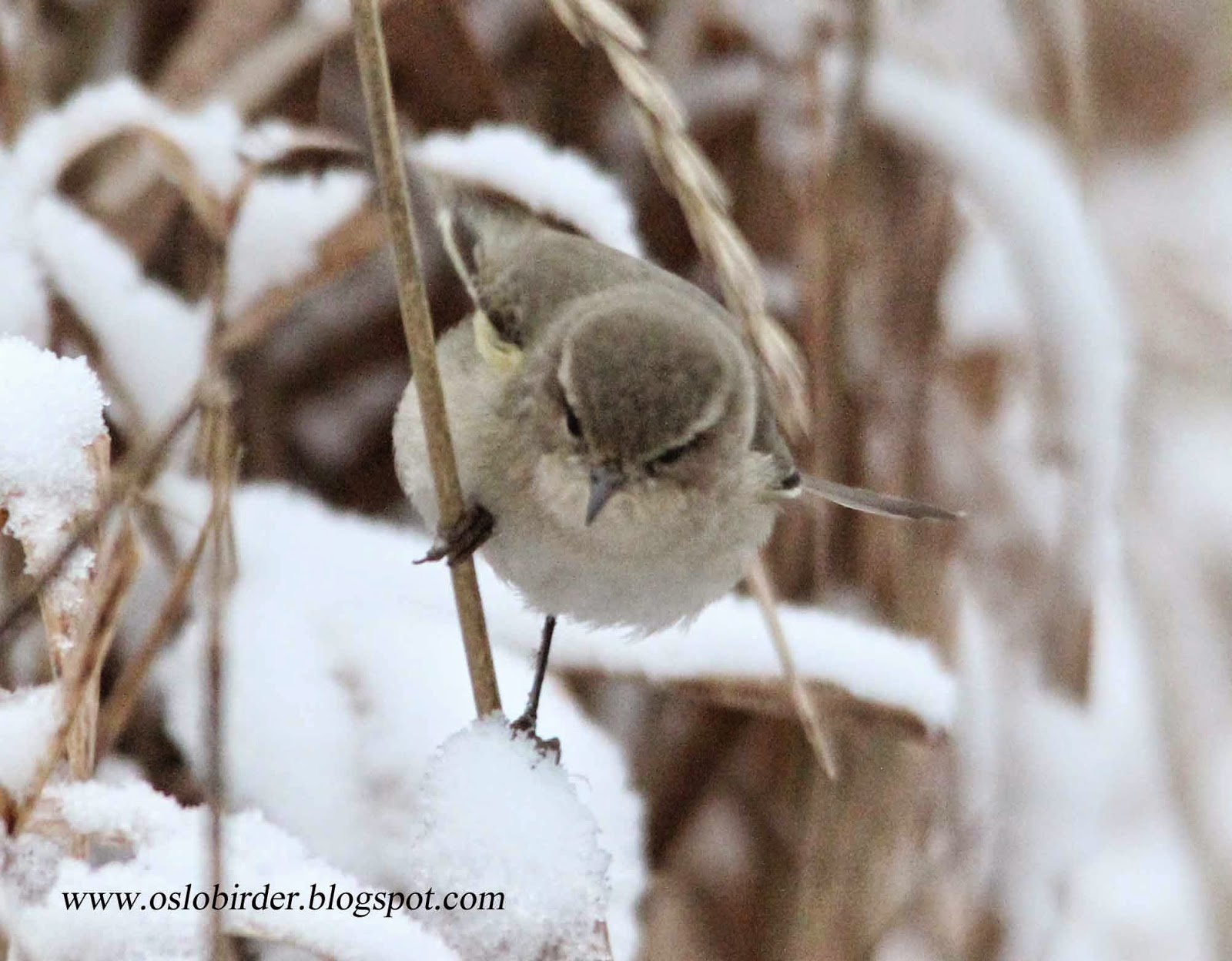