We woke up to snow this morning (can’t remember that being forecast) plus low cloud and the promise of a day that wouldn’t remain in a dusk like condition all day.

I still needed to get out though as there are Chaffchiffs (gransanger) that need chiffing. I started at Huk hoping for at least one of the three species of auk (Razorbill (alke), Little Auk (alkekonge) and Black Guillemot (teist)) that others manage to see but evade me (I just find Guillemots(lomiv)). No luck on that score but I did note the continued presence of the refugees who still don’t seem to have been taken care of by the Norwegian welfare system but also seem to be looking none the worse for that (maybe they are labour migrants rather than asylum seakers?).

The reedbed at Hengsenga looked very lifeless when I arrived with its fresh layer of snow and I couldn’t even hear any Blue Tits. As I started walking around though I heard that now familiar sad peep of a tristis Chiffchaff. This time I managed to see the bird actually giving the call. This bird looks to be the same one I saw last Friday and is not as far as I can see the bird I found on Tuesday although much has been written about how the colour of tristis can morph depending on the light conditions. This bird appears darker than that first individual but still looks good for tristis with absence of yellow in the plumage. Today it called for a bit when I first found it but after that went quiet and didn’t respond to any of the sounds I played it although it did seem to respond to pishing. However it was much easier to see than it has previously been and kept in an area of tall dry grass where it would often show at just a few metres range although the auto focus on the camera often couldn’t keep up especially with grass stems getting in the way. However I took so many pictures that some had to be useable.

Østensjøvannet was also visited and the usual wildfowl were still present on the four small areas of open water and would seem to be finding plenty of food.

Maridalen was deadly quiet and I couldn’t relocate yesterdays Lt Tits or Chiffchaff.

I took a couple of hundred pictures of this bird and feel that none perfectly match the colour of the bird as I experienced it in the field. Many of the pictures I took also differ depending on light, background and exposure 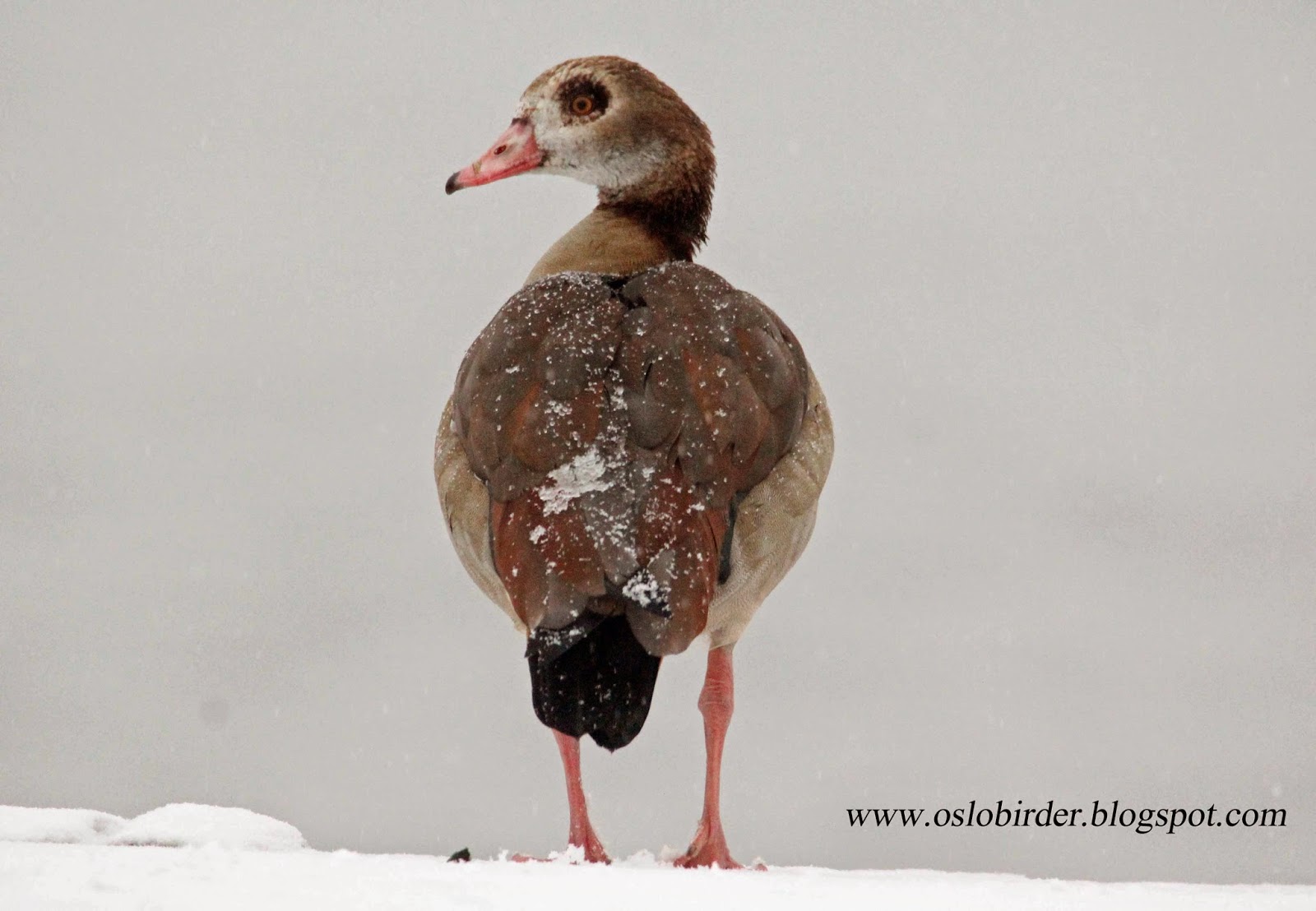 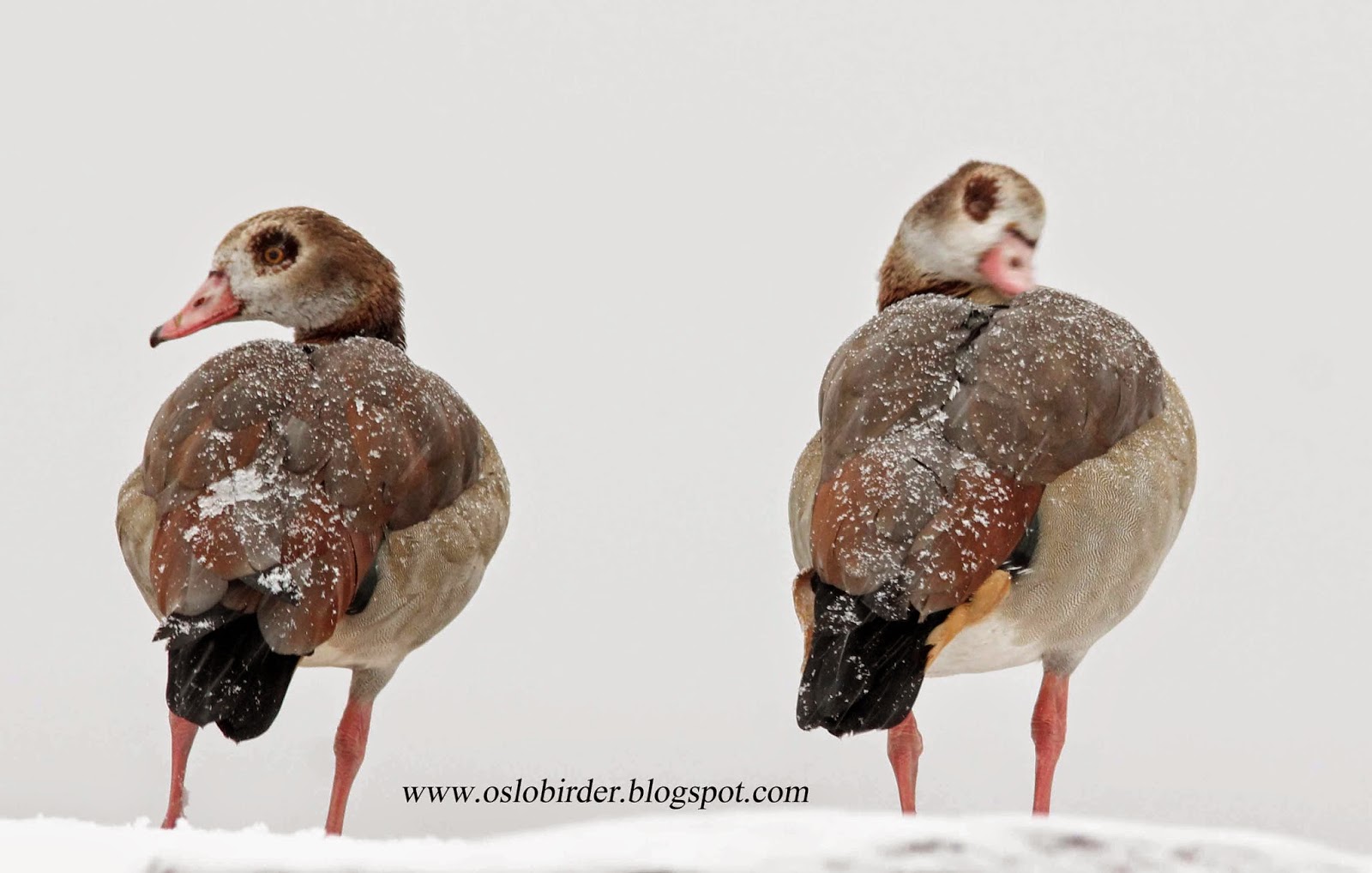 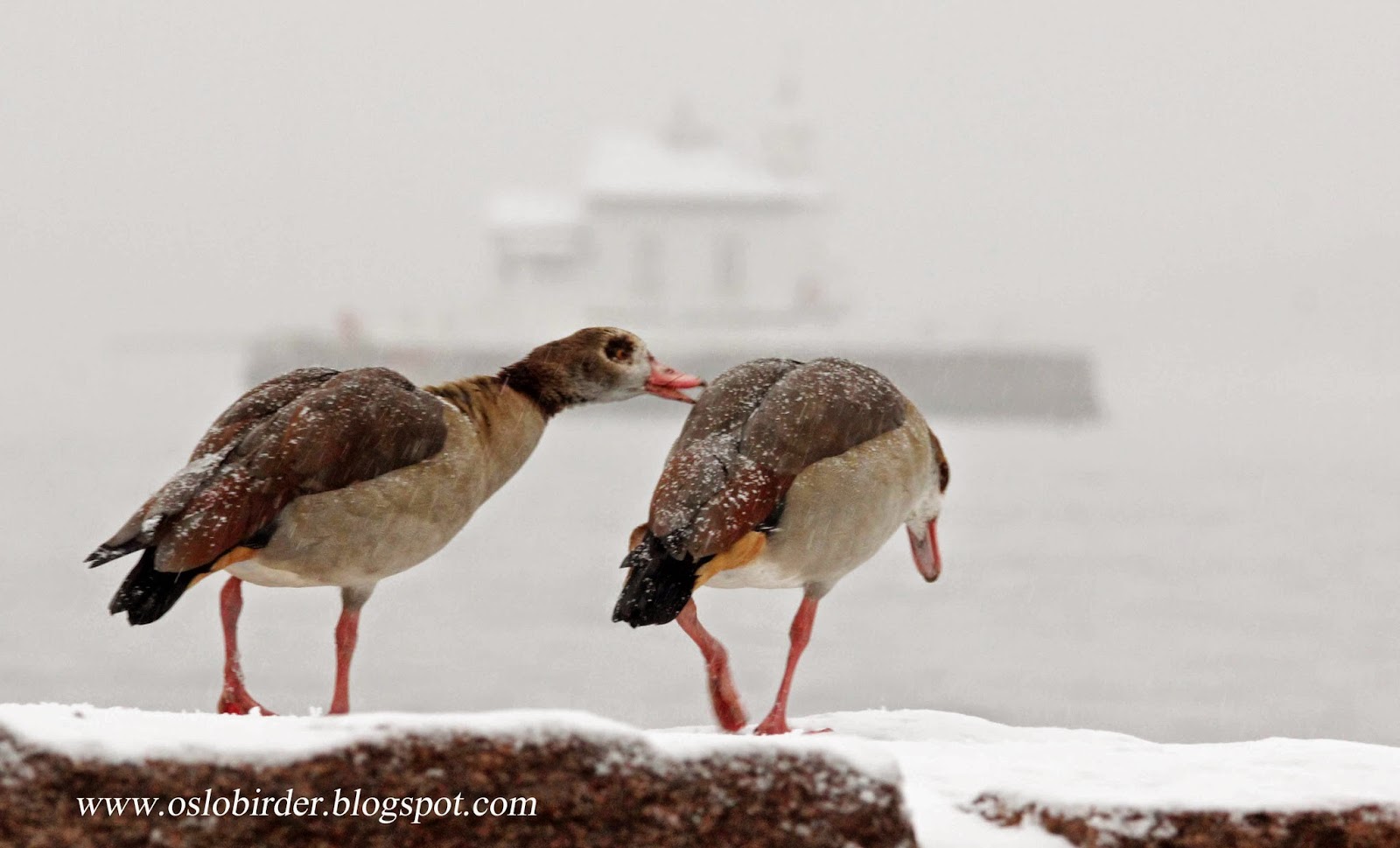