It's difficult thinking up new titles for the same old dross.....

A good fall of thick wet snow came today and despite temperatures on the red side of the line it has settled over the whole of Oslo giving us a real wintery feeling.

As my day settled into its usual rhythm I reflected on how cr*p this winter has been so far. All of the nomadic winter species are either absent or are present in exceptionally low numbers: where are the waxwings, the redpolls or the crossbills not to mention rarer visitors like grosbeaks, owls or white-winged gulls. Therefore I am forced into giving more attention to a chiffchaff than it really deserves even if it is a tristis and even if it is an exceptionally late record for this neck of the woods.

It was quite cool to see the bird in the snow today and it was still quite active. I saw it preening for a minute or so but the pictures I took show that its plumage is not in the best of condition although it did seem sprightly enough and seemed to find something to eat (or at least swallow) on a couple of occasions. Today it was completely silent in the half hour I was on site. Let’s hope it survives! 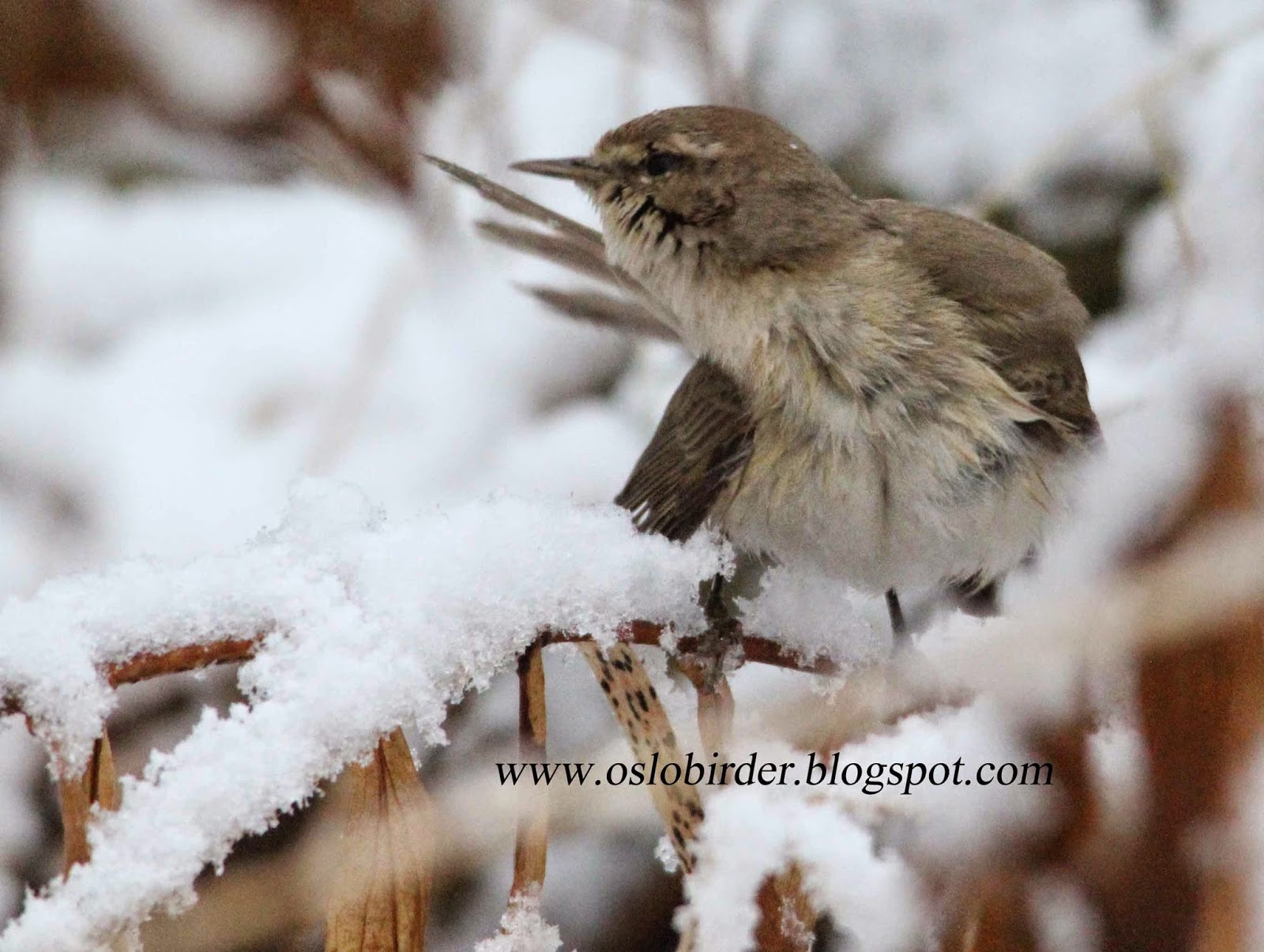 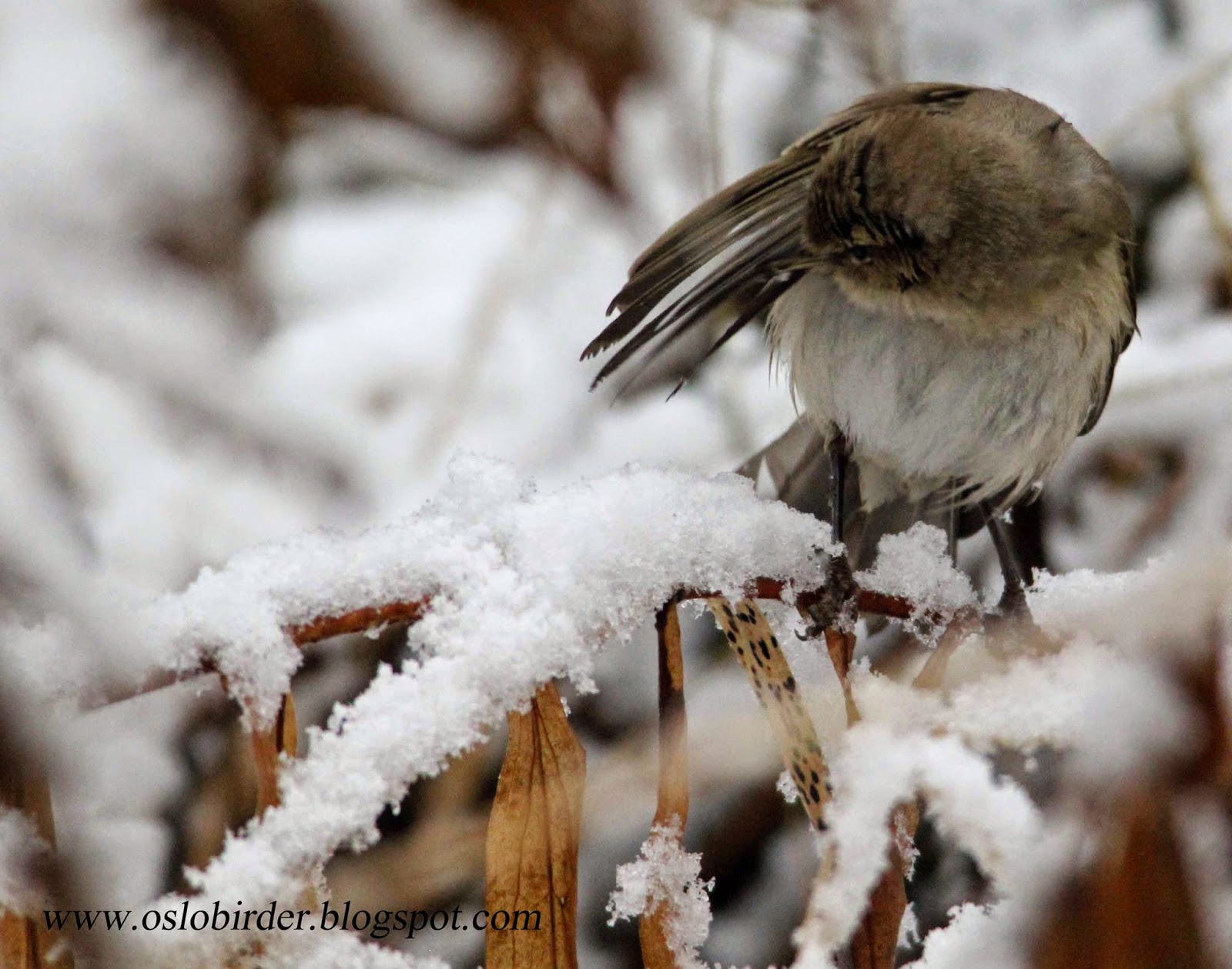 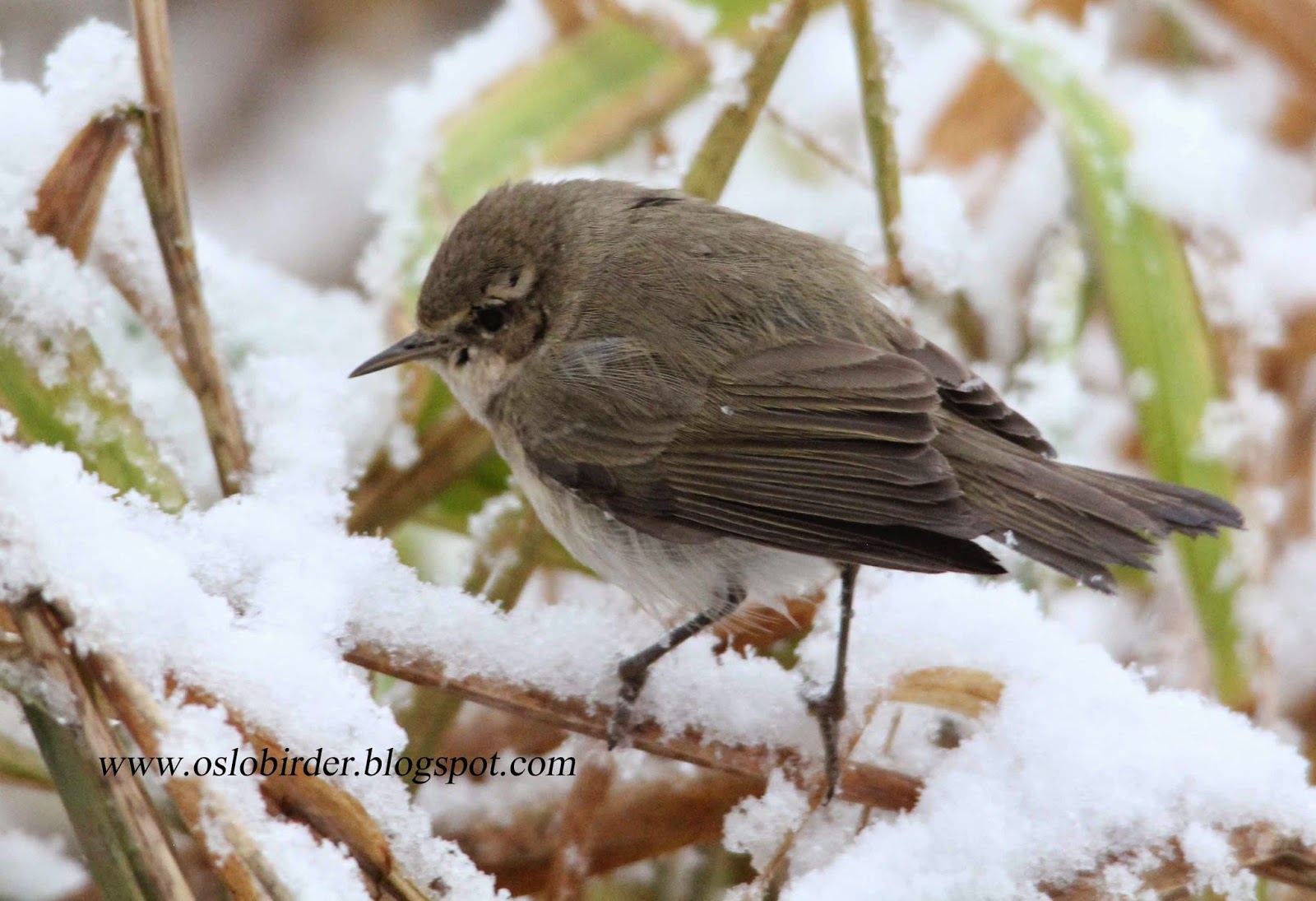 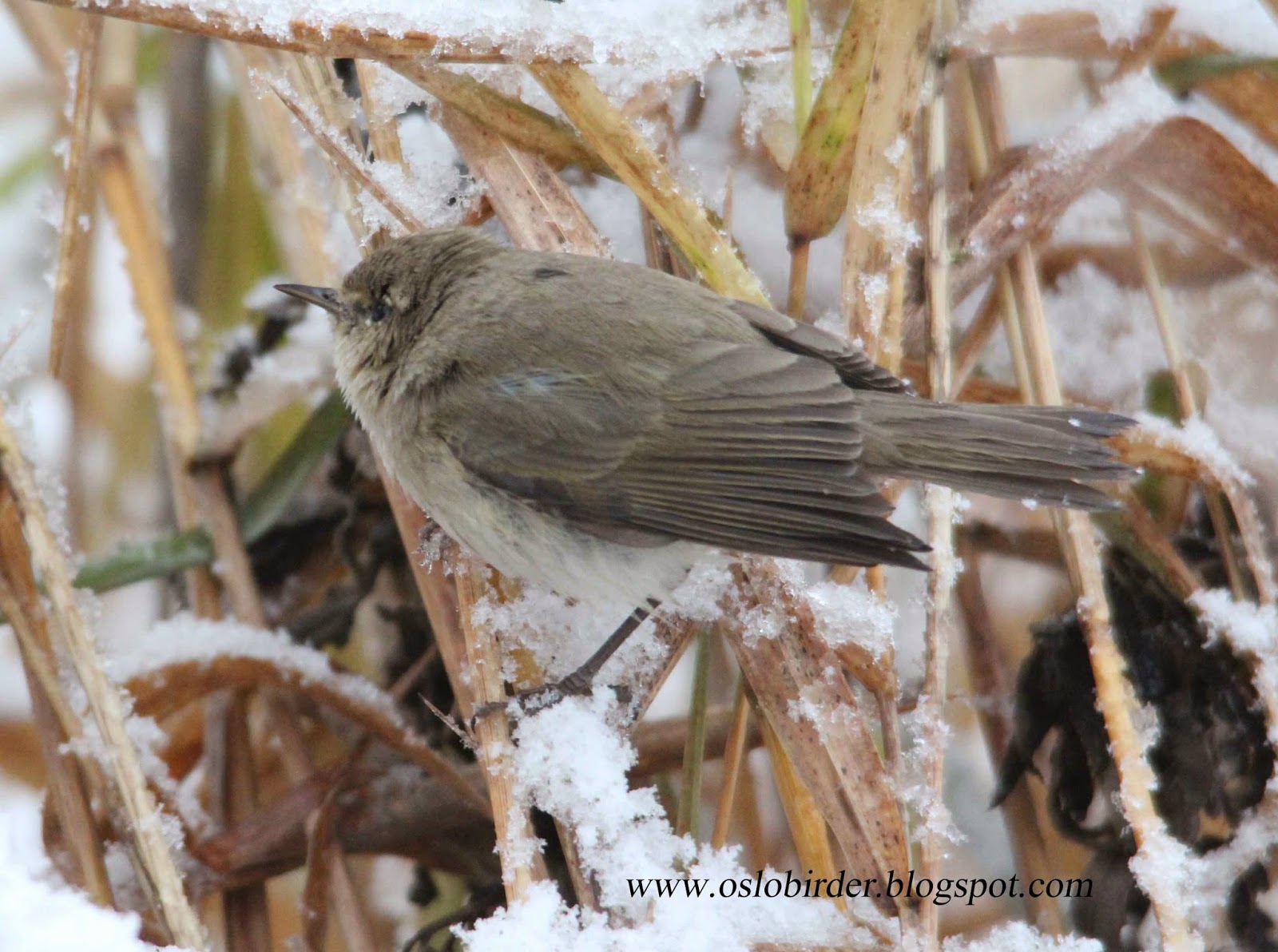 there has to be a video, doesn't there? Where this video differs from the others is that you DON'T just hear the bird whilst squinting at a fuzzy picture but this time you do SEE the bird and for a second or two actually in focus and you don't hear it at all. Enjoy!