For a few hours last night a southerly storm blew all the way up the Oslofjord. Even though I knew it hadn’t been long enough to push anything really exciting up to Oslo I did have a hope that a few Little Auks would have been blown in. Well as is often the case I was wrong and a watch from Huk, Bygdøy gave only the usual suspects including the refugees who looked to be enjoying today’s positive temperatures (+5C after having been -5C yesterday).

A seal (steinkobbe) just offshore was probably an Oslo first for me although I didn’t find the dolphin which has been entertaining people on ferries recently.

At Østensjøvannet there is still a lot of wildfowl although the plastic shelduck was seen flying off south with a group of Canada Geese yesterday and was not present today. It would be interesting to know where this bird spends the winter. 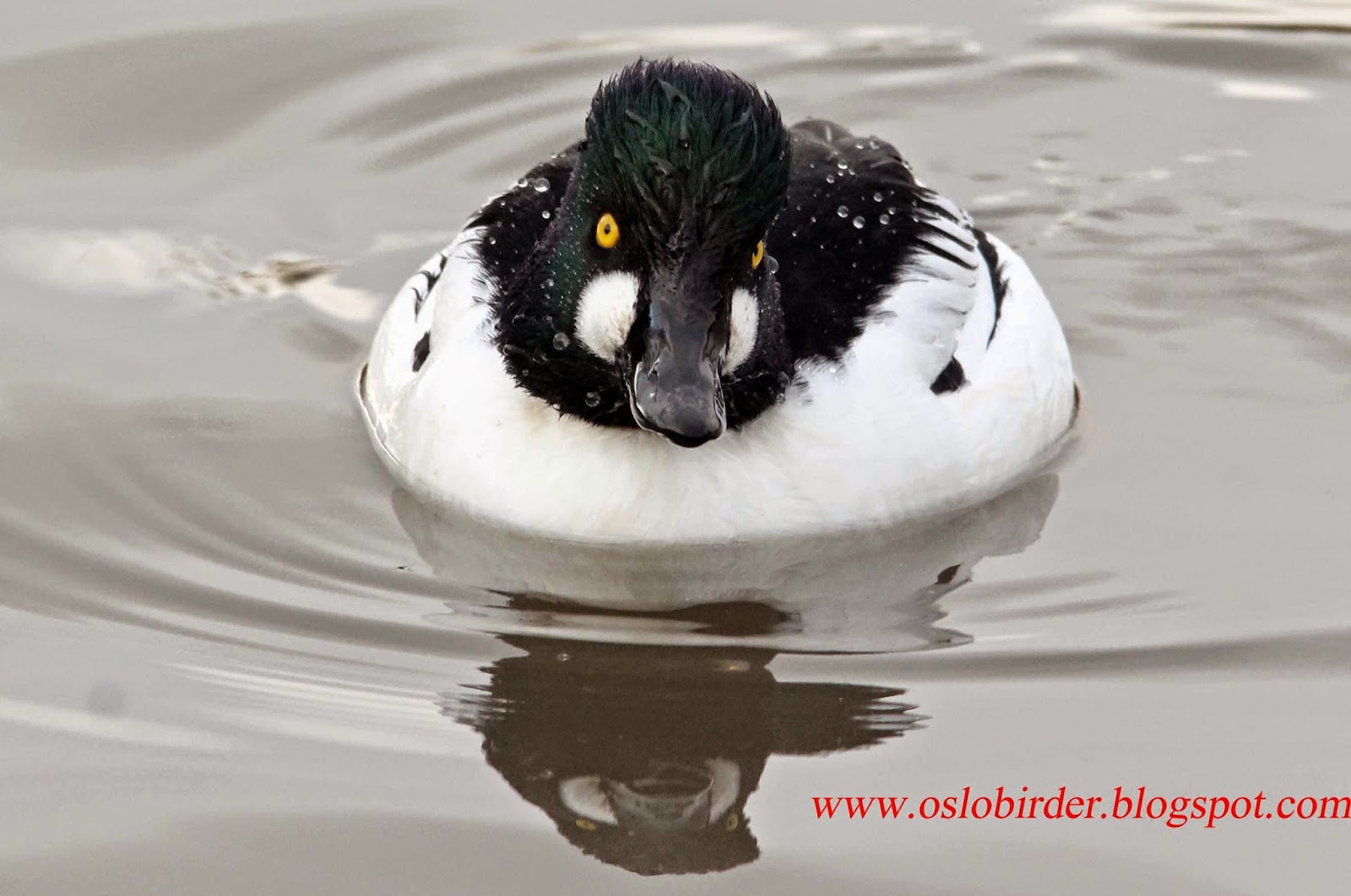