It is now things start getting really exciting: early may, southerly or easterly winds and rain forecast for the rest of the week. The only problem might be that too much rain makes actual birding difficult.
Today started sunny with little wind but as the afternoon wore in it clouded over and the wind picked up. A brief post breakfast trip to Maridalen revealed a flock of 19 Tufted Ducks (toppand) which is a good number here. Dropping in mid afternoon revealed an increase to 22 Tufted and most excitingly also four male Scaup (bergand) – only the 3rd record here showing that birds can arrive at any time during peak migration periods.

In between these two visits to the patch I dropped Mr and Mrs Oslo Birder Sr off at the airport and took the opportunity to visit one of the nearby small ponds which hold breeding Slavonian Grebes (horndykker). I found a pair but they won’t as photogenic as I had hoped probably due to the dog walked who went past just before I arrived and pushed them away from the bank.

A visit to Nordre Øyeren revealed that Svellet is completely under water but 40 Greenshank (gluttsnipe) were hanging on, knee deep in water but were not actively feeding. The large Teal (krikkand) flock has gone and has been replaced by a flock 100 Goosander (laksand). There were some dabbling duck though with a pair of Pintail (stjertand), a male Shoveler (skjeand) and 25 Wigeon (brunnakke). Merkja has also very little mud left but there were 6 Greenshank, 3 LRPs, a Redshank and a Wood Sandpiper here. The only area with any mud banks of note is the tip of Årnestangen but one never knows whether the 40 minute walk out there will be worthwhile.

At the weekend a walk along Akerselva in Oslo revealed a very confiding Goldeneye (kvinand) pair. I suspect the female is one of the birds that occasionally thinks they are a Mallard (stokkand) and take bread whilst the male was a more normal bird who was trying his luck with her. She didn’t seem too interested and spent time on land only metres away from people whilst he kept himself in the water although always as close to her as he dared come. 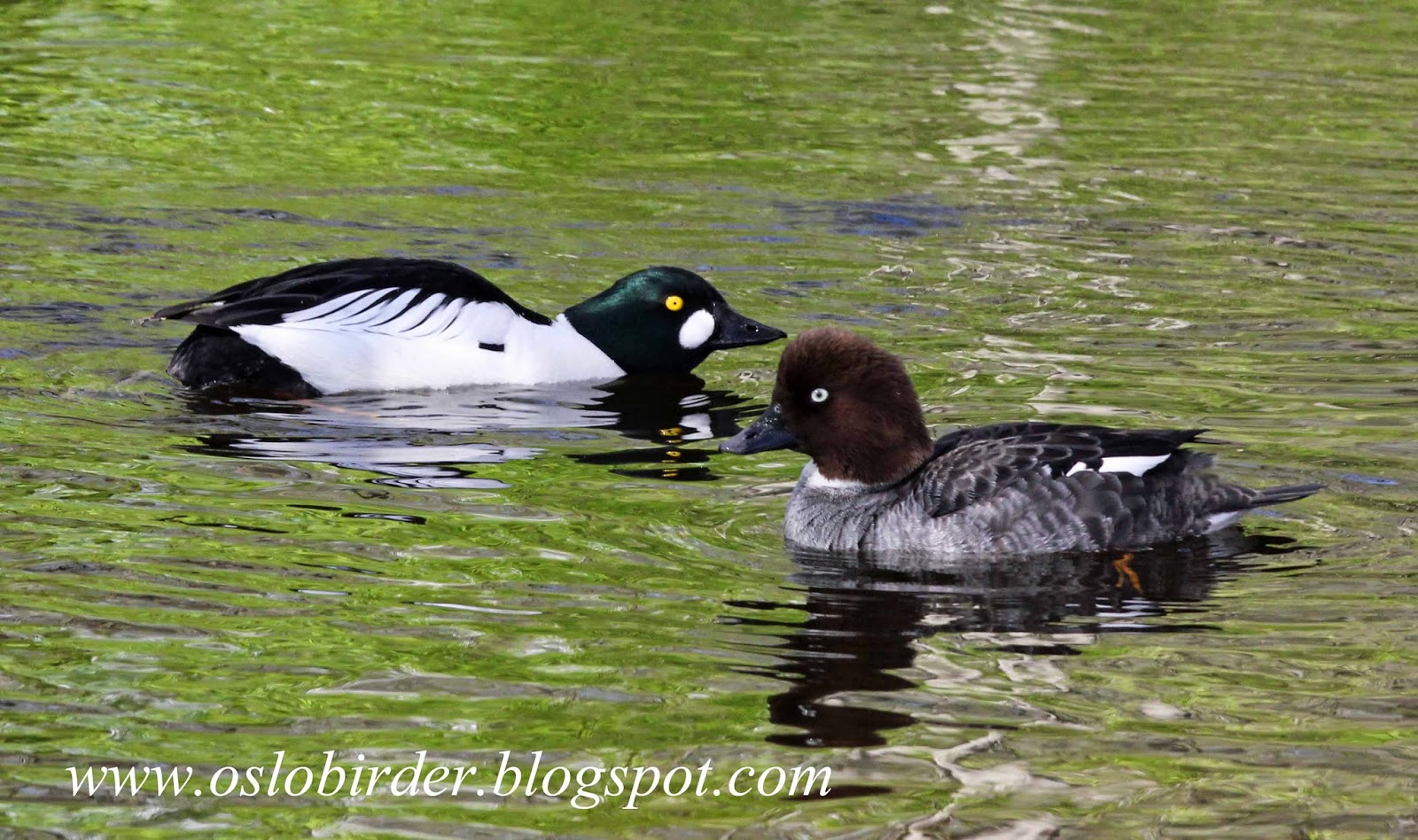 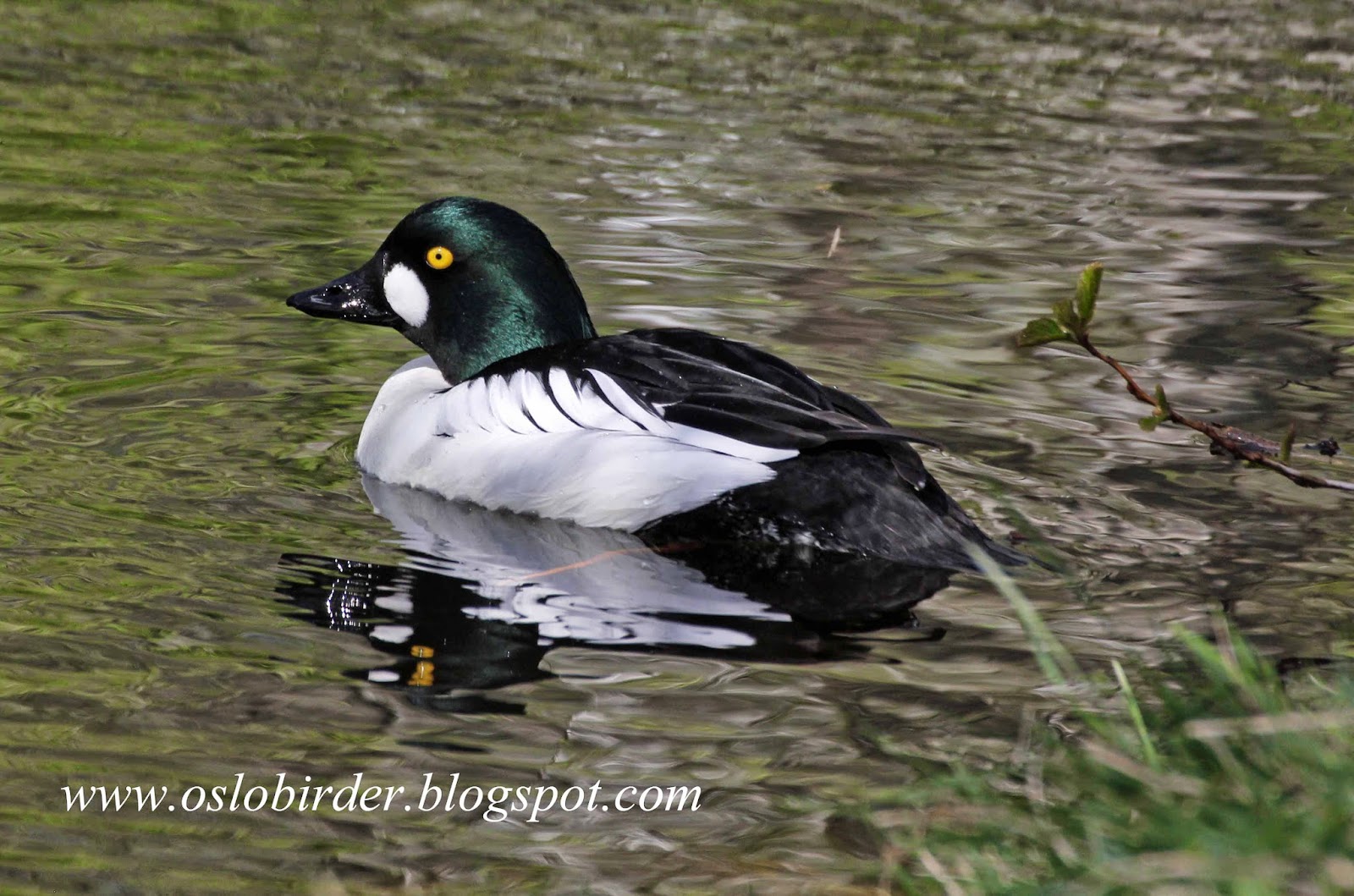 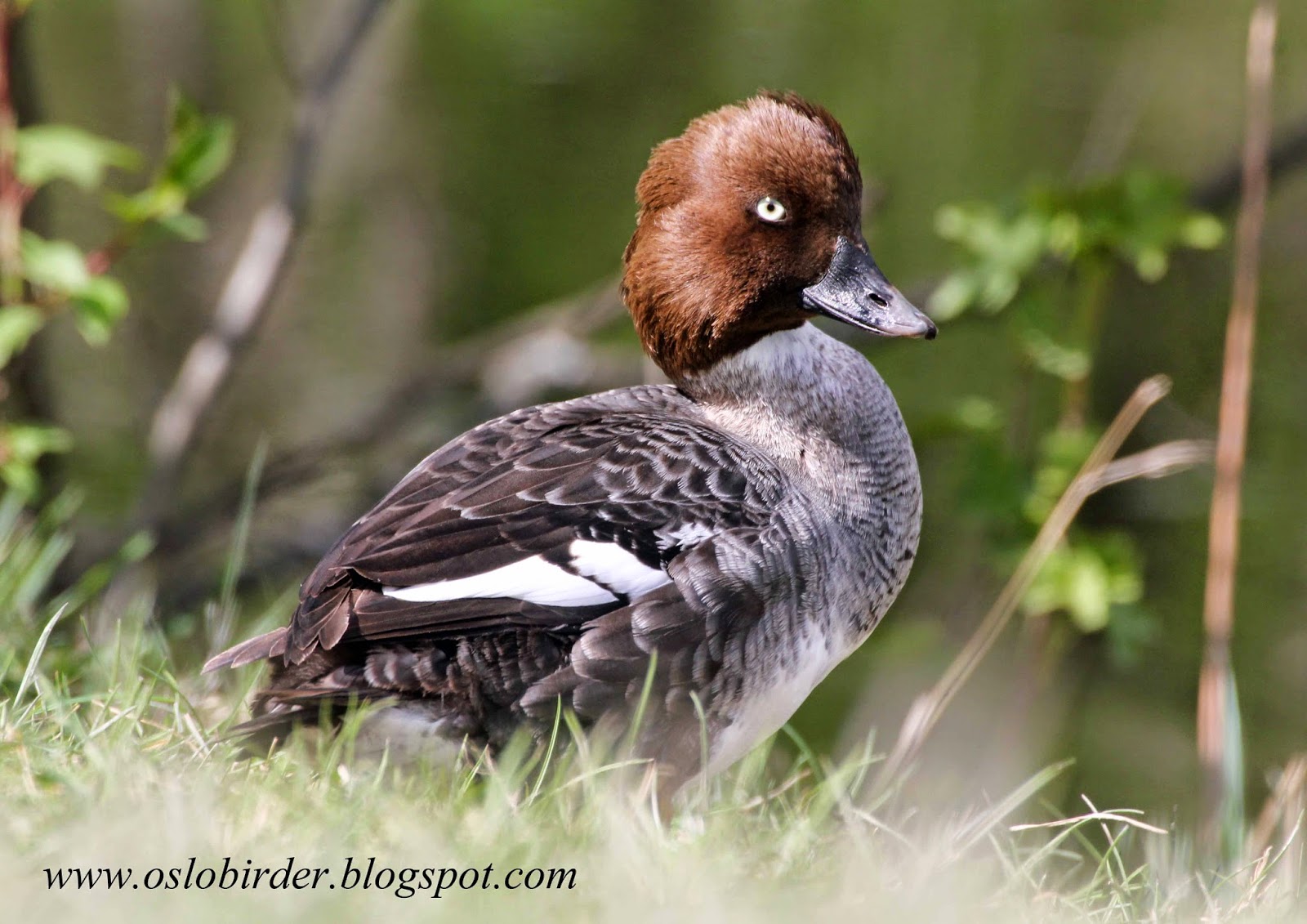 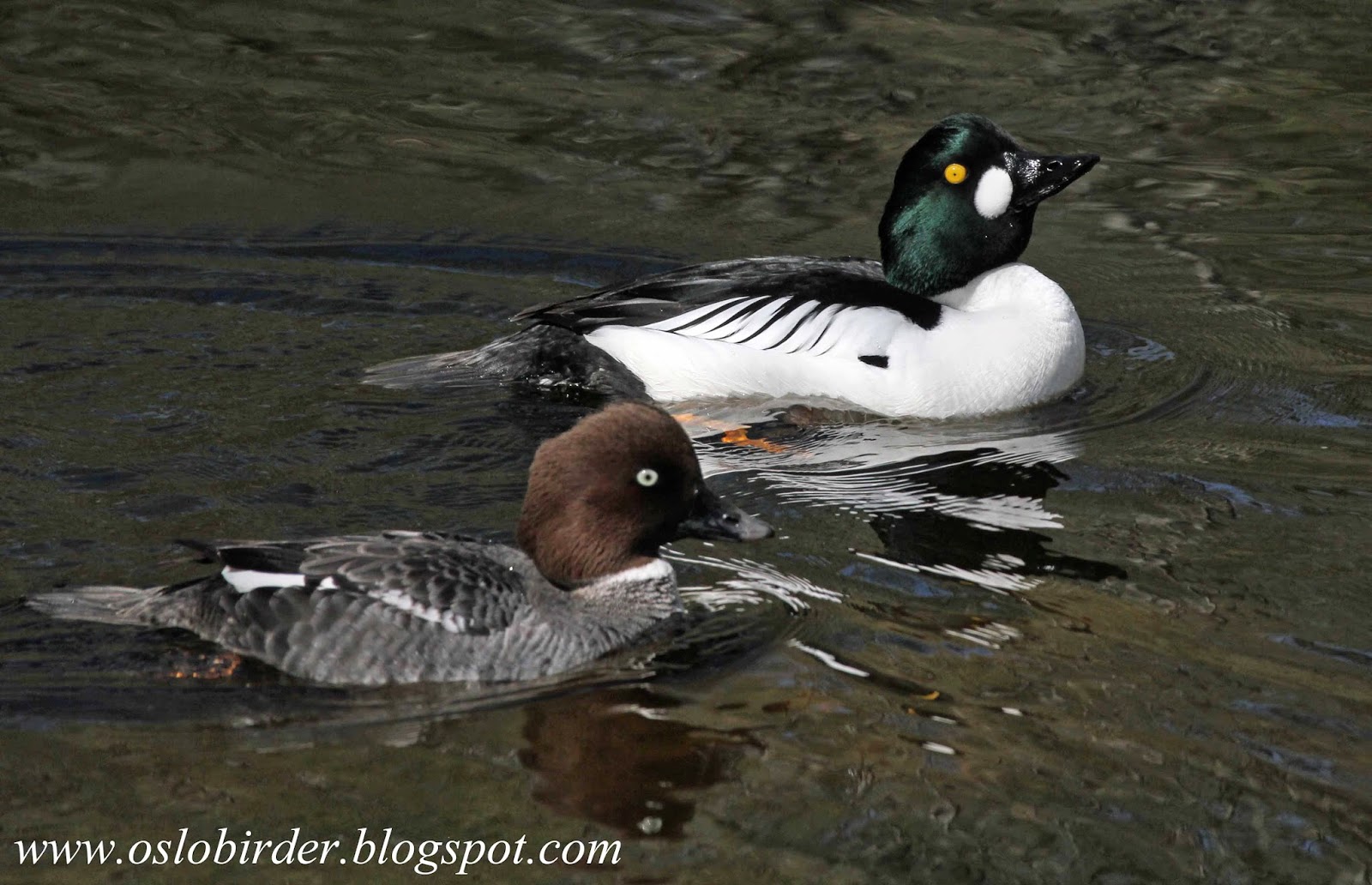