Got it wrong again

This year I really can't get seawatching right. I thought today should be equally as good for me as yesterday was for others but instead it was another complete fiasco. I couldn't get out until closer to 0930 but that doesn't have to be too late for species like skuas, Brent Geese (ringgås) or yesterday’s divers. I should perhaps though have given more weight to the message I got from Per Buertange who had been at Krokstrand since 0430 and only seen four migrating Tufted Duck. I put this down to the rain and thunderstorms he had had to endure and reckoned there would be a stream of birds flying north after the sun came out. I got it wrong again!

The only birds that I could truly say were migrating in 2 hours of sea gazing were a single Red-throated Diver (smålom) and 2 Common Terns (Makrellterne). I did have 5 divers that were disturbed by a boat and took to the air at great range but try as I might I couldn’t turn them into anything over than diver sp. (although I’m sure others could....).

Trying to salvage something from the day I thought I would stop in at Østensjøvannet and take some equally good photos of the scarce ducks that others have taken over the last few days. Well I only managed to find the Pochard (taffeland) pair and they were a bit distant but I did manage some pictures at least. Maridalen at 1pm was a very hot place with few birds to note. I hope spring is not over 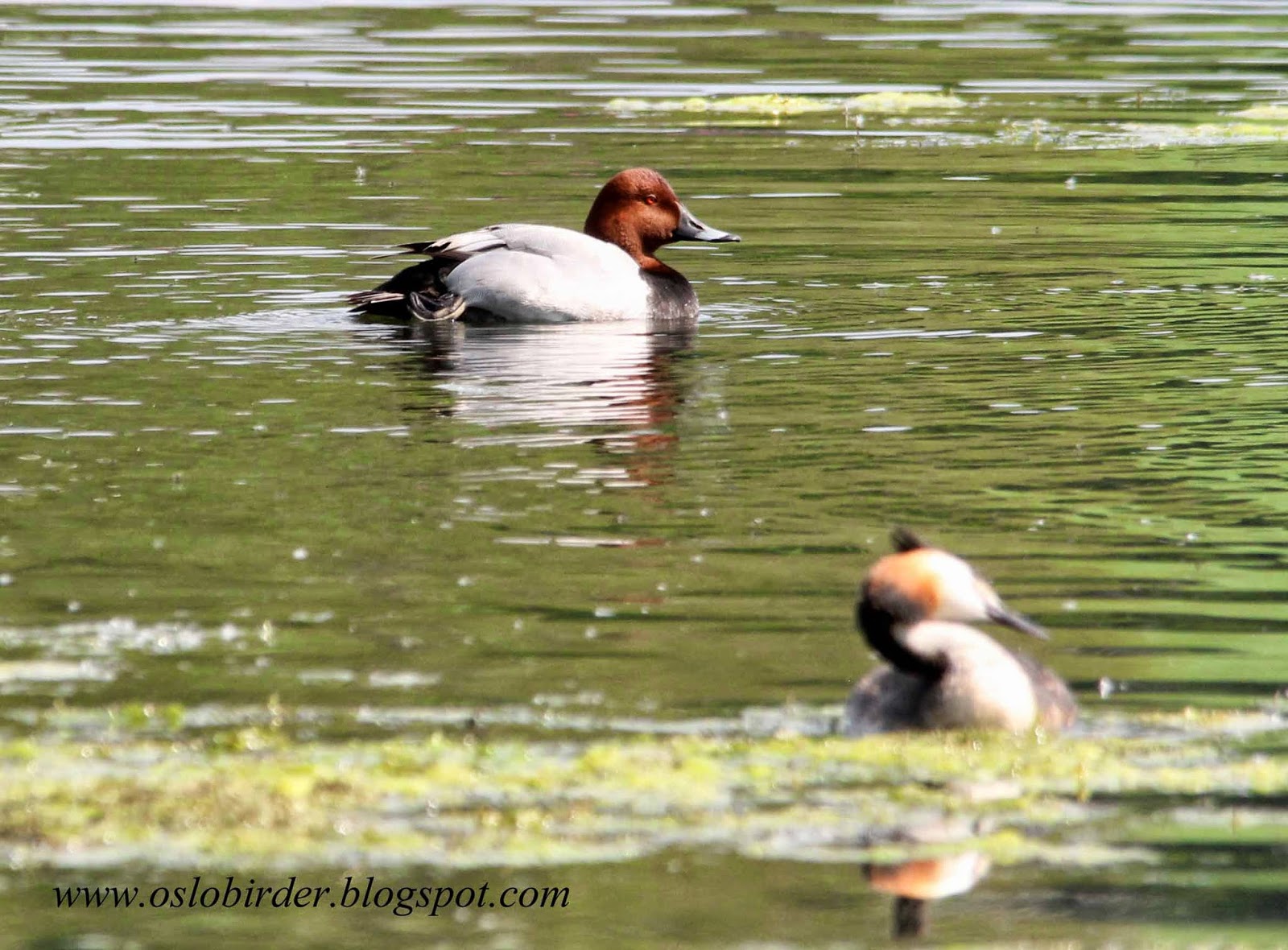