Yesterday afternoon seemed to have been good for birds in Akershus with in addition to the BB Sandpiper a group of Dotterel (boltit) being found this time by one of Norway's most active listers. For reasons that will forever escape me these birds which will have been a county tick for many including myself were not reported until after dark although the picture of them was nice..... (there's that jealousy thing again). There seems to be an incredible reluctance to send out messages of scarce (rather than really rare) birds (are people trying to be cool?) but there is far less reluctance to twitch such scarce birds reported by others. In animal speak there are too many vultures (scavengers) and too few predators . Here endeth the Rant for today.


Today I thought I would emulate some of Per Buertange's fabulous Oslo sightings from last year and start the day with a seawatch from Bygdøy as the winds are finally from the south (I also felt I didn’t have enough time due to other commitments to head to the better locations further south). Well my choice didn't exactly pay off and nor did the stop to listen for Black Redstarts (svartrødstjert) on the way. There were some scoter on the sea and amongst them a male Long-tailed Duck (havelle) was the highlight. Further south there were Pomarine Skuas (polarjo) and record flocks of migrating Knot....but I wasn't there (that jealousay thing yet again).

The southerly winds have brought a new species in though with Icterine Warblers (gulsanger) now in Maridalen. I also finally caught up with Wood Warbler (bøksanger) which others have described as being unusually common this year but has been the opposite for me. My first Maridalen Garden Warbler (hagesanger) sang with Blackcaps (munk) - two species I struggle to separate on song alone so have to go searching out the bird to confirm ID. Pied Flycatchers (svarthvit fluesnapper) now seem to have arrived in good numbers with three males singing in a small area. An Osprey (fiskeørn) caught a fish, a Great Crested Grebe (toppdykker) was swimming (but not diving) and three Redshank (rødstilk) resting on the side of the lake but the biggest surprise came in the form of a pair of Barnacle Geese (hvitkinngås)and a long overdue Maridalen tick.

The Tawny Owls (kattugle) were entertaining. At 08:15 a youngster (the uglier of the two) was nearly falling out of the nest box and an adult was in a nearby tree. Upon my return at 1230 this youngster had already left the nest and was perched in a sapling a good 40 metres from the nest. A bit later it had fallen out of the sapling and was sat on the ground and a bit later again was lying asleep on the ground! The bird was, I think, completely OK but is obviously an easy prey for a fox. The sweeter looking youngster which looks noticeably smaller peered out of the nest box whilst the greyer of the two adults held watch (Tawny Owls come in two colour morphs and the parents represent both morphs: brown and grey). A further visit at 1800 revealed that the sleeping youngster had moved another 15m and climbed a fallen branch where it was again sleeping.

I got a better overview of the Lapwing (vipe) population today. The pair with young lost one overnight and have only four left. There are three other pairs but none of these seem to be on eggs yet and there are also at least two other adults which may or may not be paired. The population is therefore on a par with previous years but they are using fewer fields than previously which is for me a bad sign as is the fact that three pairs have yet to start nesting (unless of course that have tried and failed). 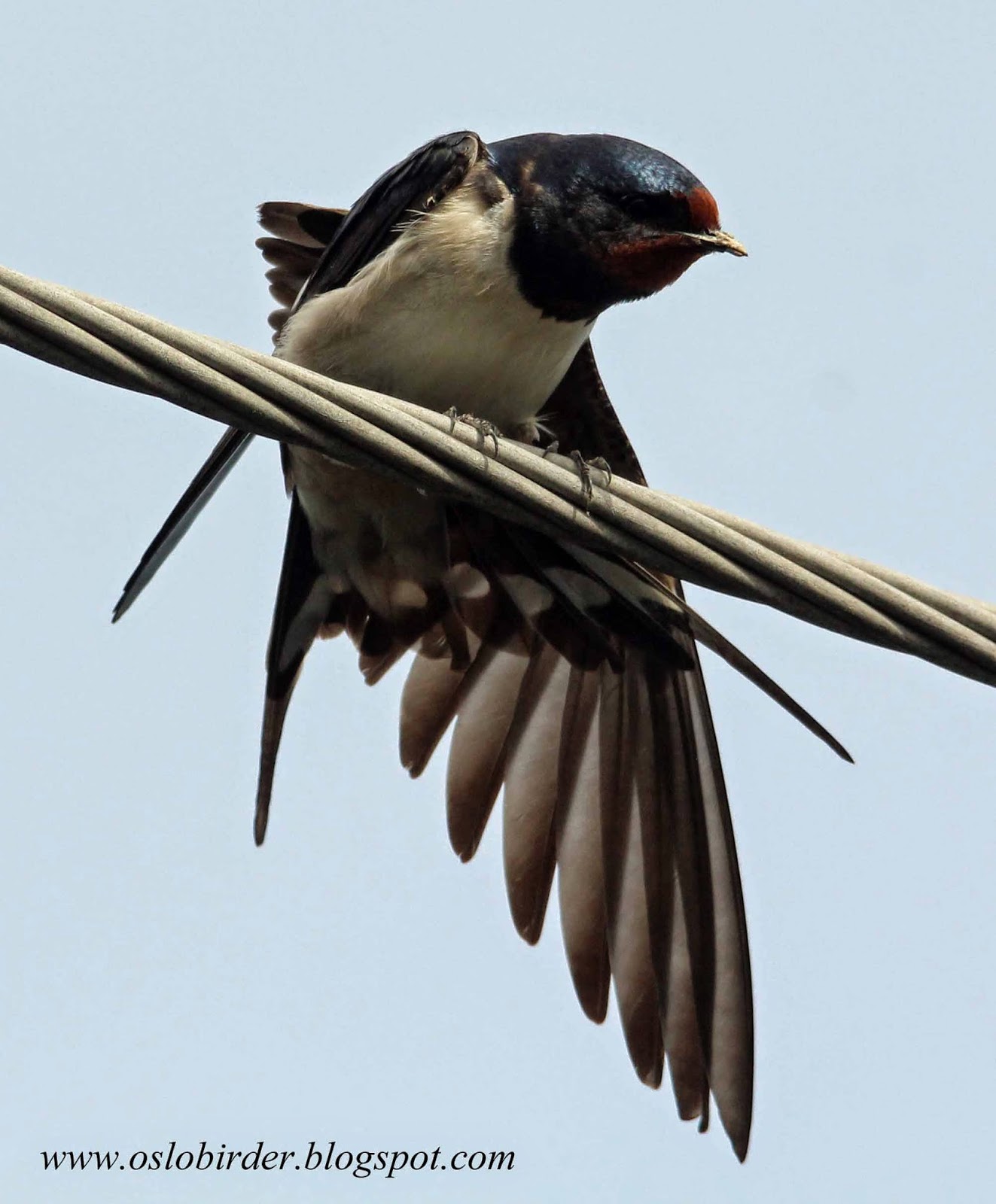