I wasn’t quite sure where to go this morning but chaos on the roads going west in Oslo pushed me east. I decided to see if I could get views of the adult Long-eared Owls (hornugle). I did manage poor views of a perched bird whose location was given away by scolding Chaffinches but I can see that the best opportunity to view the birds would be in the late evening when the parents are bringing in food. There was only one youngster left in the nest, I saw the same youngster as yesterday which had moved just a few metres and heard two youngsters begging both of which were close to me but remained invisible.

In Maridalen I heard my first Common Rosefinch (rosenfink) of the year and even though it was singing from an isolated tree it took me a good while to actually find the bird which was rather disappointingly a brown 2cy male - the males don't gain their red colour until their 3rd year. I still can’t locate any Red-backed Shrikes (tornskate) but there have been very few records nationally so far – I hope this just represents a late arrival as with the Pied Flycatchers rather than a population crash. The water levels in the lake are falling quickly and for the first time this spring there is a margin of mud in the bay at Kirkeby which held a single Greenshank (gluttsnipe) and Wood Sandpiper (grønnstilk). It is getting to be a bit late but maybe there is still a chance of an interesting wader here.

Seawatching in the Oslofjord would have been a good idea today with eight White-billed Divers (gulnebblom) counted flying south at Brentetangen mid morning and two Pomarine Skuas (polarjo) heading north from Vestby in Akershus. Maybe I’ll give it a go tomorrow as the gentle southerly winds are forecast to continue. 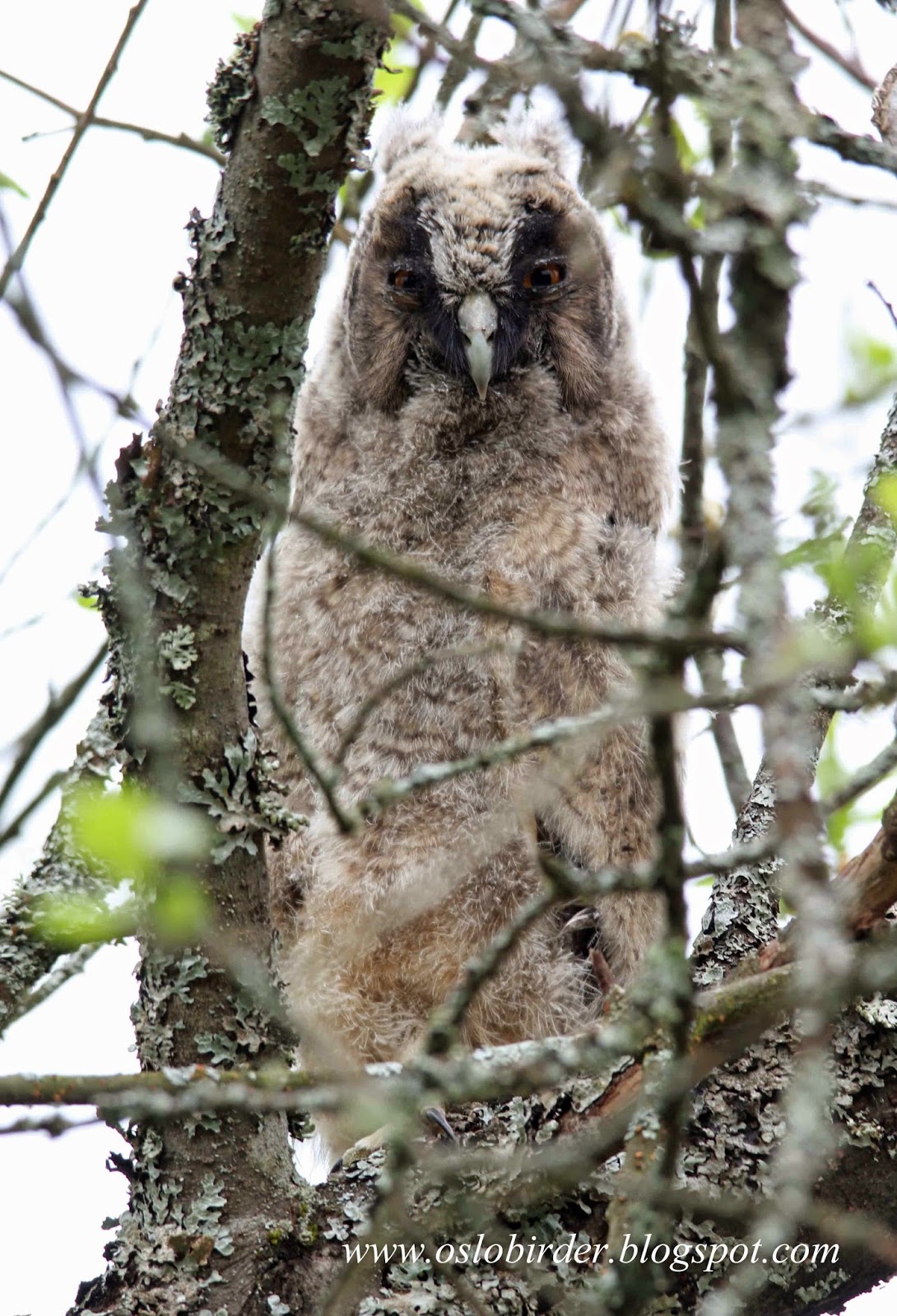