The rain continued today and turned into snow at lunchtime. The rain did ensure that there were some good flocks of thrushes and finches on the fields in Maridalen where I spent a couple of hours this morning. I had all five of the Norwegian breeding thrushes including my first Ring Ouzel (tingtrost) of the year. Amongst the finches were a couple of Linnets (tornirisk) which are only a scarce spring visitor in the valley.

A flock of 31 Pink-footed Geese (kortnebbgås) feeding on the fields at Skjerven were an unusual sight as usually they are seen migrating over or occasionally resting on the lake. They decided to continue their migration at 9am but low cloud to the north was obviously a barrier for them and they ended up flying south in the end.

On the lake there were no concentration of ducks which rain in April can often cause but single summer plumaged Black- and Red throated Divers (stor og smålom) were a very pleasant sight and my first here of the year. A feeding Chiffchaff (gransanger) was a year tick and a Meadow Pipit (heipiplerke) and Great Grey Shrike (varsler) were my first for Maridalen this year. The shrike attracted a lot of attention from other passerines and was even mobbed by a couple of Hawfinches (kjernebiter). 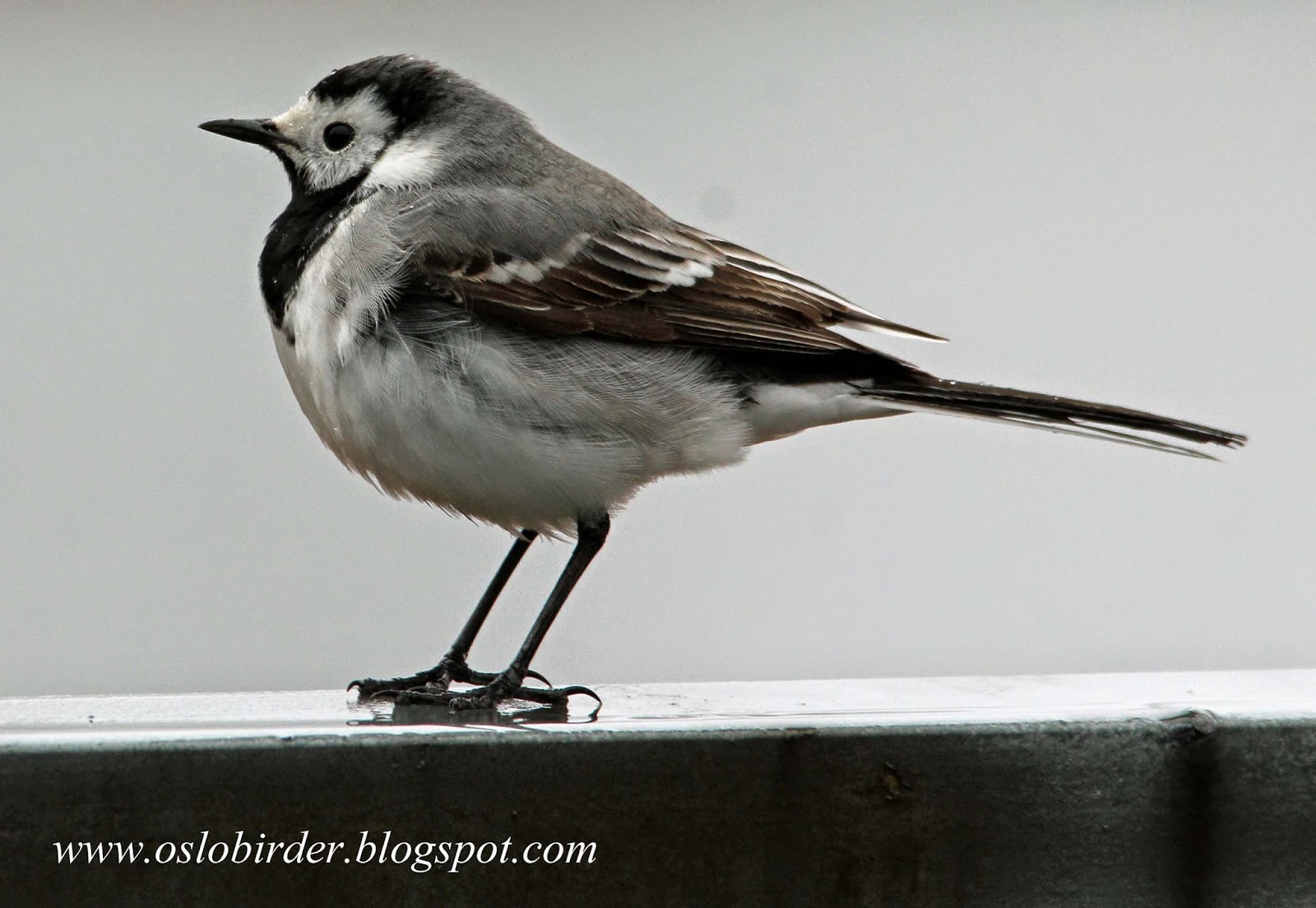