Today I hooked up with Rune Z for the first time in a while and we headed to Hedmark for a check of the wetlands around Hamar. We had also thought to look for the White-backed Woodpecker (hvitryggspett) that has been reported in Hedmark and which would be a completely exceptional record but the reliability of the record seems to be dissolving so we decided to give that a skip.

We tried for the overwintering White-billed Diver (gulnebblom) on Mjøsa but failed to find it which isn’t really surprising given the size of the area available to it. There were good numbers of duck here though which shows the importance of this valley during migration.

Åkerselva in Hamar was disappointing as I have nearly always experienced it to be but my first Little Ringed Plovers (dverglo) of the year were nice. At a small pond nearby we had three pairs of displaying Slavonian Grebes (horndykker) which were calling and looking resplendent in their breeding plumage. Starene was a huge disappointment as the farmer has now decided it was time to drain the water so he could get on with his farming and what only two days ago was a productive wetland was now just a field with a damp patch in one corner. However over 90 Lapland Buntings (lappspurv) that were feeding very well hidden in the stubble but occasionally flew up were for me an unprecedented number.

On the way home we checked for Slavonian Grebes in Akershus but failed to find any at Risebrutjernet but I was very impressed with this small, shallow lake.

The highlight of the trip though was a Great Grey Owl (lappugle) sitting on a nest. I had learned on the locality through some sleuthing and a brassy phone call but after some searching I found a huge nest (either an old Goshawk or Buzzard) and on top of it a large grey head and two yellow eyes. We watched briefly and then left the bird in peace but I’ll be back after the young have hatched when the adults are very active and obvious in their search for food. 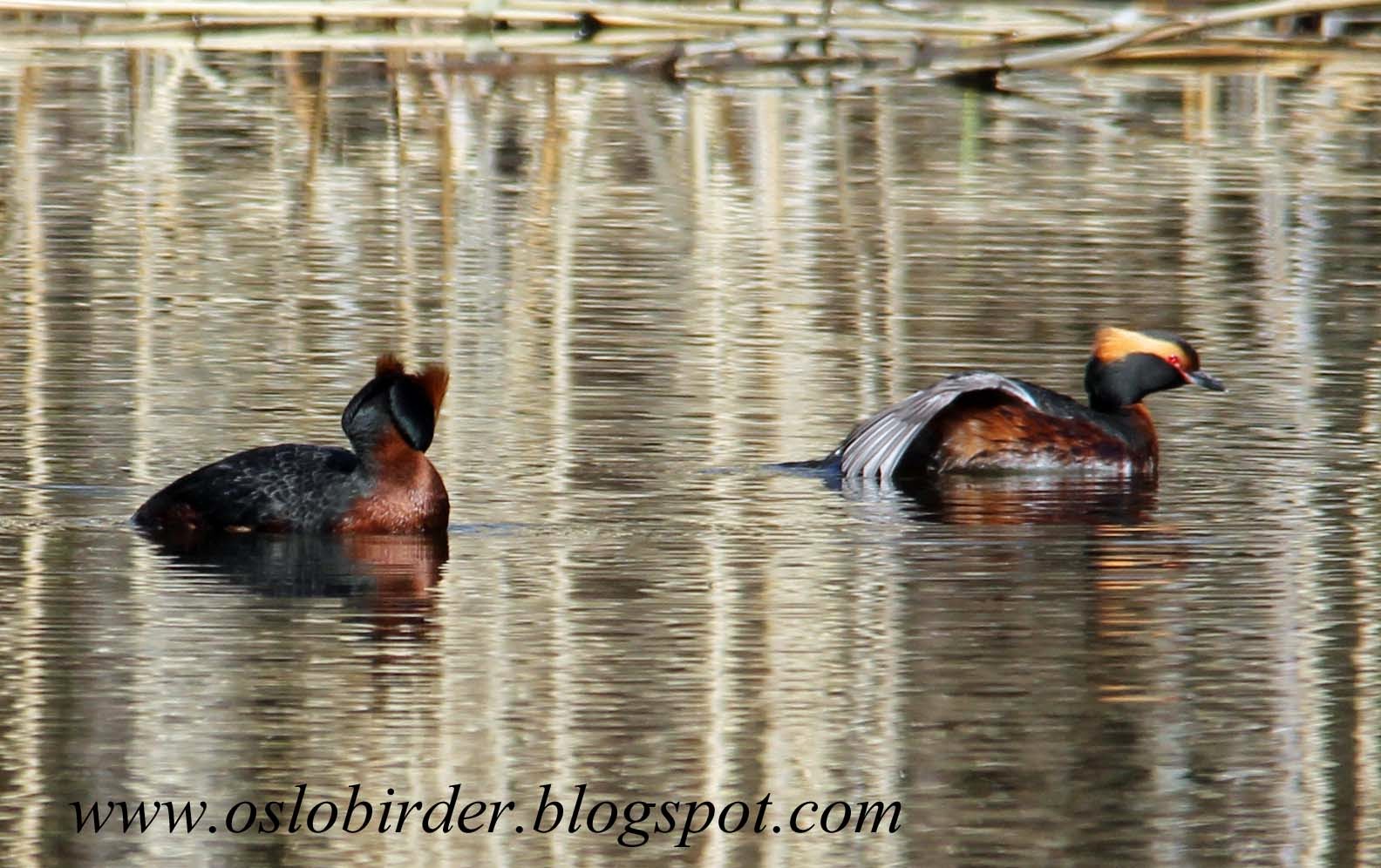