What a bird! I had to wait again but this time only 3 and half hours. From 14:30 until 18:00 I sat patiently overlooking a field where the owl had been seen on Sunday whilst others sat at various other places where the bird had previously been seen.  As the sun started to go down and the shadows lengthened I could feel my excitement levels rising as I was sure that the bird would appear where I was looking. When the phone rang at 17:59 it was therefore a little disappointing to here that someone else  had found the bird but hugely exciting to know the bird was close by. Surprisingly it had been seen away from the woodland and close to the bird tower by the lake. As I hastily made my way there (but didn’t run as that wouldn’t have been cool!) there was a steady procession of green clad people making their way out of the woodland and heading the same way as me. The jungle telegraph was obviously very efficient!
I was the fourth person on site but soon there were 32 binocular toting birders plus 4 children watching this beauty – by far the largest twitch I have ever witnessed in Norway. The bird was hunting from white plastic fence posts around a horse track on the edge of a golf course - not exactly what you would expect from this bird that you normally have to travel to the deepest forests to find.

I am quite happy with the pictures and video I got although I should have forced down the ISO as most of the pictures were taken at ISO 6400 and it was only later on that I consciously made an effort to lower the ISO. 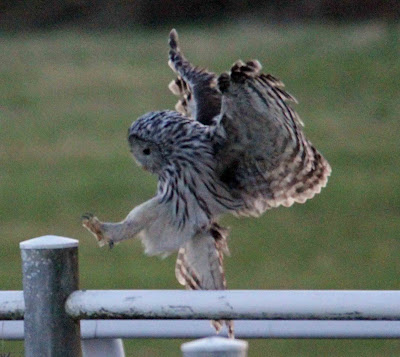 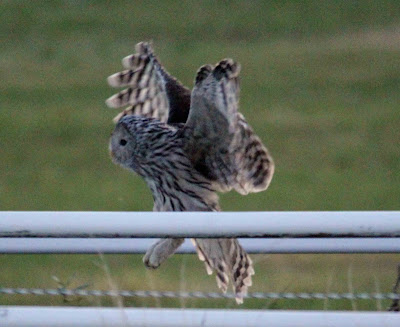 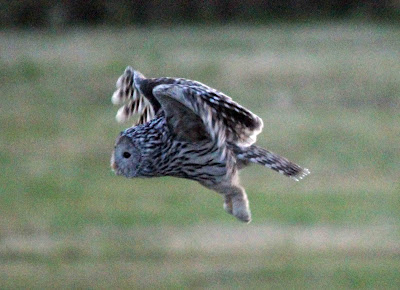 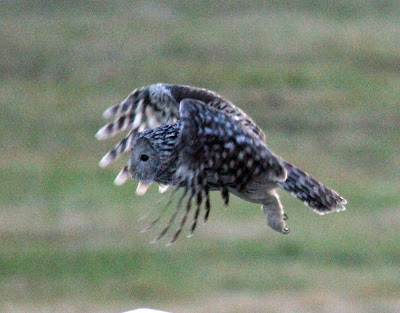 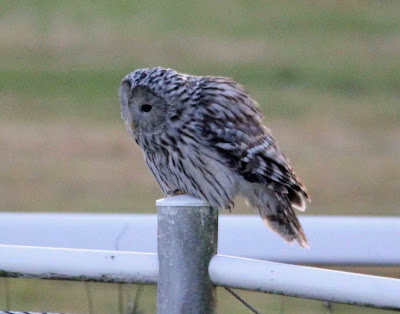 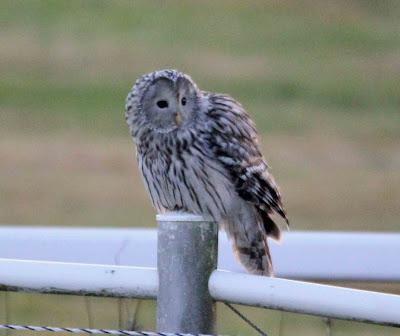