The day started with an owl dip. I went looking for the Great Grey Owl (lappugle) that has been present since April in the Nesodden area (close to Oslo) but without finding it. The area it has been seen in is a great (and extensive) habitat of open forest (mostly pine but with stands of spruce and birch), bogs and rough farmland. It would be easy to imagine this area being suitable for breeding if there is enough food.

The day ended with a fantastic experience. I had asked Jonas Langbråten if I could join him when he next went ringing for owls. Not only did he say yes, I was able to bring the family along with Rune and his youngest daughter and Jonas made a great evening out of it with a campfire over which we could grill hotdogs. Also along for the ride were John Martin and Carsten from the Oslo and Akershus Ringing Group aswell as Morten Nysveen from Hedmark which meant that a total of four different nets could be set up. So the atmosphere was set but would the owls perform? The nets were set up a couple of kilometres apart so the ringers would set off to check them whilst we waited excitedly by the fire. After the first couple of checks turned up empty handed we began to prepare the kids for disappointment and also decided that we would only wait for one more round as it was already after 9pm and we had a good hours drive home.
When Jonas and Morten returned from their nets we spied they were carrying two white bags which were twitching!!!!
We were able to admire two fantastic Tengmalm's Owl (perleugle) and both large and small were ecstatic. When released they were placed on branches where they were happy to sit and look at us.

I hope you enjoy the pictures as much as I enjoyed the evening. 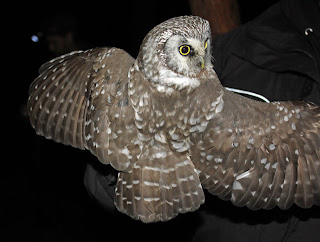 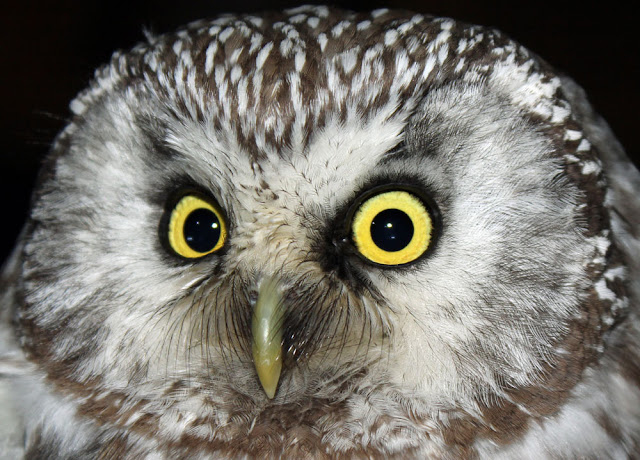 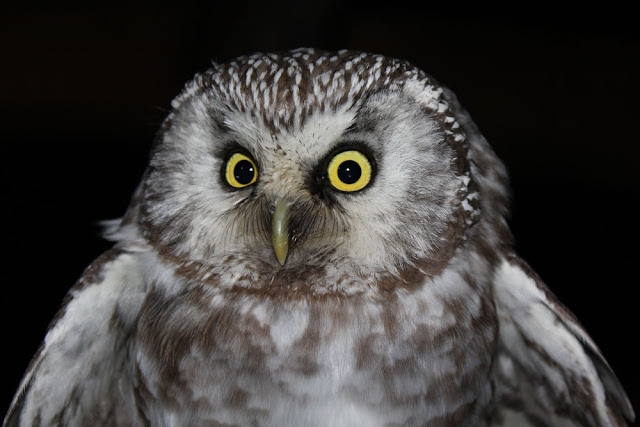