I found a male Grey-headed Woodpecker in Maridalen on30 September. What looks to be the same bird based on plumage features has visited a feeder a few times since then and posed for some stunning photos but has evaded all my attempts to catch up with it again.

Today, as I drove past the feeder I thought I saw something that looked the right size and colour but due to an annoying middle aged man on roller skis who was in the middle of the road listening to music I was unable to stop and had to drive past and then turn around. Luckily the bird was still there and allowed me to drive fairly close. If it hadn’t just eaten the last food that was there then I reckon it would have hung around but in the end it flew off much too quickly but I did manage a few snaps. This species does often come to feeders if there is fat on offer but the visits are often brief and difficult to predict. A bird that wintered in Maridalen in 2011 (when this blog was in its infancy) visited a feeder but took an enormous amount of effort to see it. Hopefully this years bird will settle into some sort of routine and will play ball again. 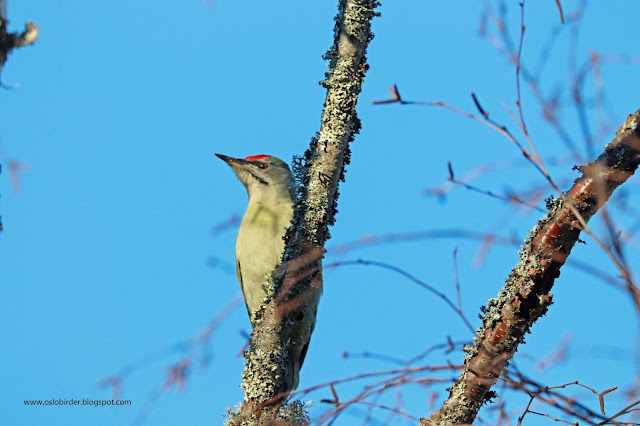 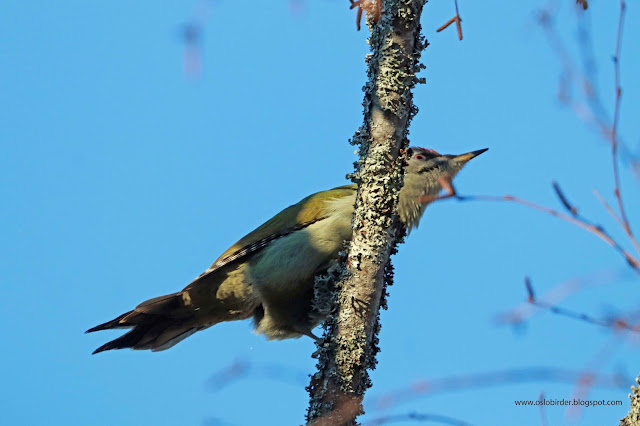