The weather was perfect for forest birding again today so I set off to a new area that I have not visited before and which required a lot less walking.
Temperatures were down to -9C but the air is dry so it doesn't feel too cold.
This time it was Hazel Grouse that revealed themselves. I had a pair in a small area of birch trees and this was clearly their winter territory. Both birds were singing and this was the first time I have been able to distinguish between male and female song (I had not realised that females sang before today). They were initially very difficult to see and only offered brief glimpses in flight or through lots of branches when they landed. I was patient though and eventually the female started feeding in the top of a birch and then allowed me to walk up to the tree and have prolonged views at relatively close range which is a first for me. The male though kept himself hidden although did sing occasionally. At one stage as I approached the female it felt like the male sang as a warning to her. The female was clearly hungry though and spent her time eating catkins from the tree.
I had a few more birds than yesterday with a couple of Nutcrackers, Jay, Crested Tit, Willow Tit and Great Spotted Woodpecker making their presence known. 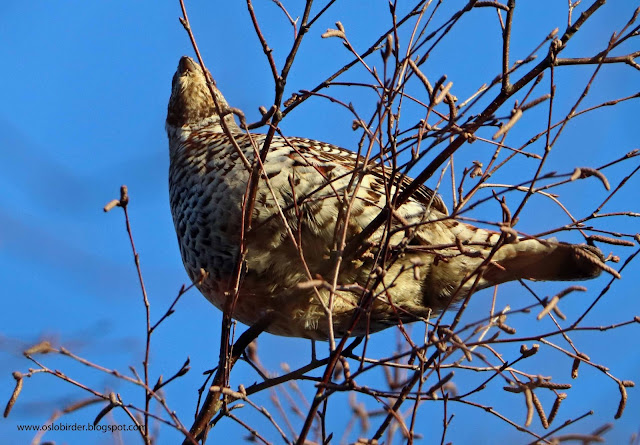 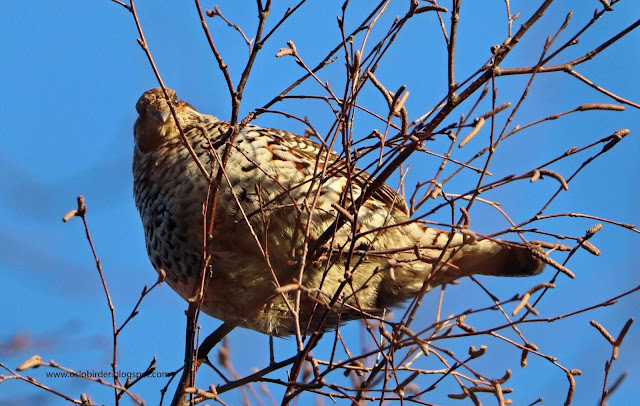 In this poor video (hand holding the bazooka Mk.II) you can hear the song of both male and female 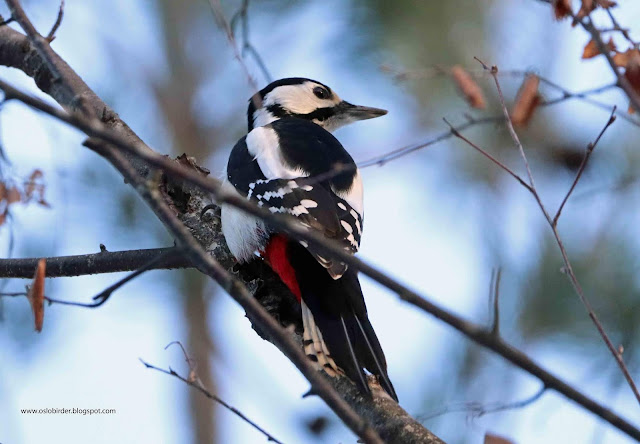 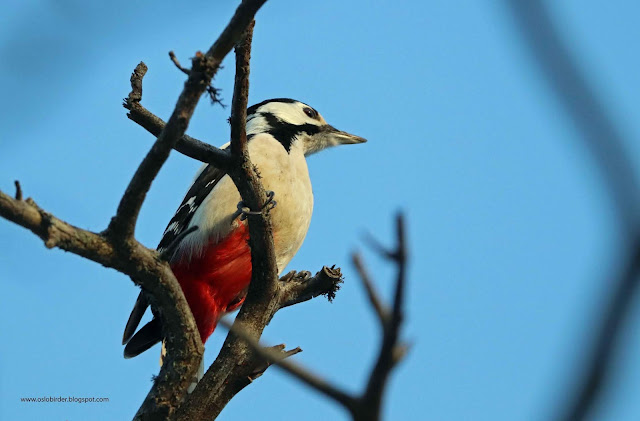