I reacquainted myself with birding in Vestfold today and thoroughly enjoyed it. I have avoided birding here the last few years as I have often encountered terrible traffic heading into and out of Oslo which I never encounter if I head for Østfold but today traffic was not a problem. I ended up not going for the Great Grey Owl as I knew that plenty of others were looking in vain so I stayed in a holding pattern to the north which would allow me to begin my attack run should the target be located, which it wasn’t.


I did enjoy a Hawk Owl though which hopefully will hang around for another 10 days when I will be guiding clients who have this bird high on their wish list. Otherwise I visited sites around the towns of Tønsberg and Horten which hold a few good birds in the winter month. In Tønsberg at Presterødkilen there were good numbers of ducks including two female Smew and a female Scaup. Working my way up the coast towards Horten I stopped at various places but a strong northerly wind made it difficult to pick up anything on the sea.


In Horten I saw a few Rooks which is a surprisingly difficult species in Norway. For some reason the species only breeds in about five areas in Norway with a small colony in Horten the closest to Oslo. Here they breed and feed in the town so do not seem to be too particular in their requirements so why they should be so local is a mystery. I had very close views of one bird whilst I sat in the car, in fact probably the closest views of ever had of the species, and was amazed at how colourful it was with an amazing metallic sheen to the black plumage.


Another very local bird winters time (and definitely rarer than Great Grey Owl) is Mistle Thrush with less than 10 birds this winter. They are attracted to mistletoe (hence their English name I guess?) and Horten must have the largest growth of mistletoe in Norway and annually attracts overwintering Mistle Thrushes. With so much mistletoe though it is difficult to know where to look exactly but I had a bit of luck when I parked the car in a suitable area got out and found a bird perched literally above me J 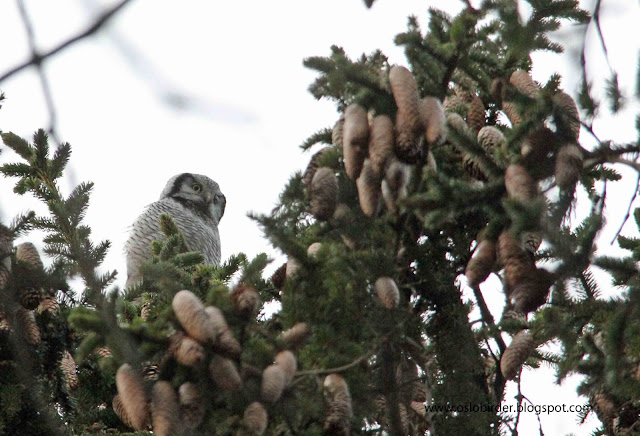 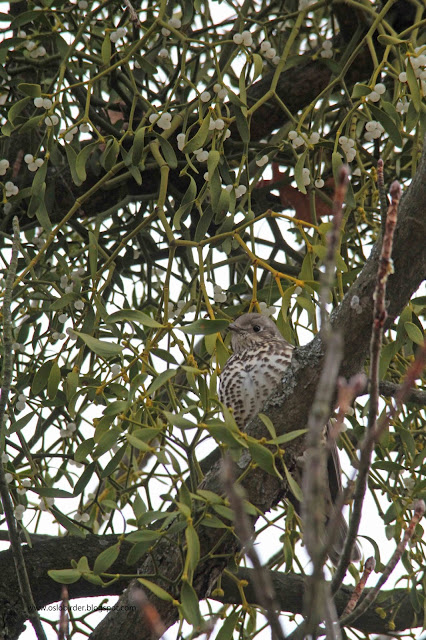 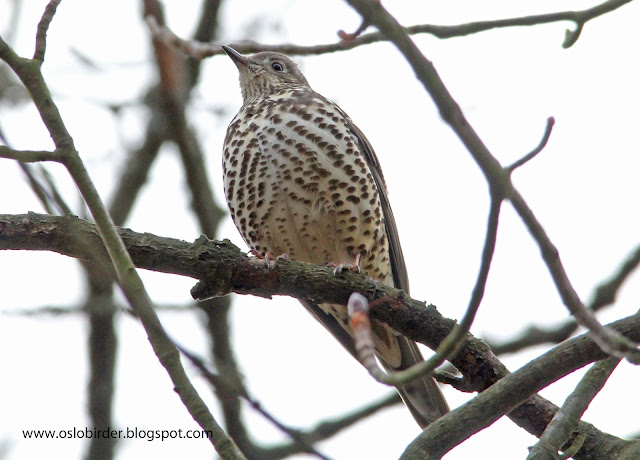 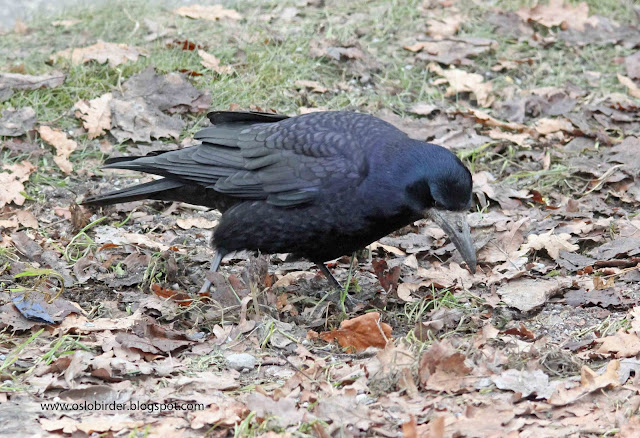